The 2020 DMZ (demilitarized zone) Peace Festival, the second of its kind, was jointly promoted by GCS International, a Seoul-based UN-affiliated NGO, and the Kukmin Ilbo daily newspaper.

The event, which took place at the Convention Hall of the Kukmin Ilbo with the attendance of less than 50 because of the DOVID-19 pandemic, was organized by the DMZ Peace Festival Organizing Committee.

Among supporters for the peace festival were the Korea Ministry of Culture, Sports and Tourism, World Taekwondo, the Gyeong Gi-Do Taekwondo Association, the Oughtopian Peace Foundation, the GCS Korea Chapter, and the Korean Fair Play Committee.

The event, which was broadcast live through YouTube channel, drew dignitaries such as GCS International and World Taekwondo President Dr. Chungwon Choue and Kukmin Ilbo President Byun Jae-woon, As a special guest, Master Jeong Soon-cheon of Canada attended the event as in his capacity as a member of the Public Relations Committee of the North Korea-led International Taekwon-Do Federation.

Those who attended the event online were representatives from about 40 GCS national chapters, of which a dozen delivered their peace messages in real time via the Zoom system.

The festival started with the opening remarks by Kukmin Ilbo President Byun and GCS International President Choue, followed by an awarding ceremony for the winners of world peace art contest jointly organized by Cooperation Act, a video showing of a joint taekwondo demonstration by World Taekwondo and the International Taekwondo Federation, and a 30-minute online peace-message presentation session. 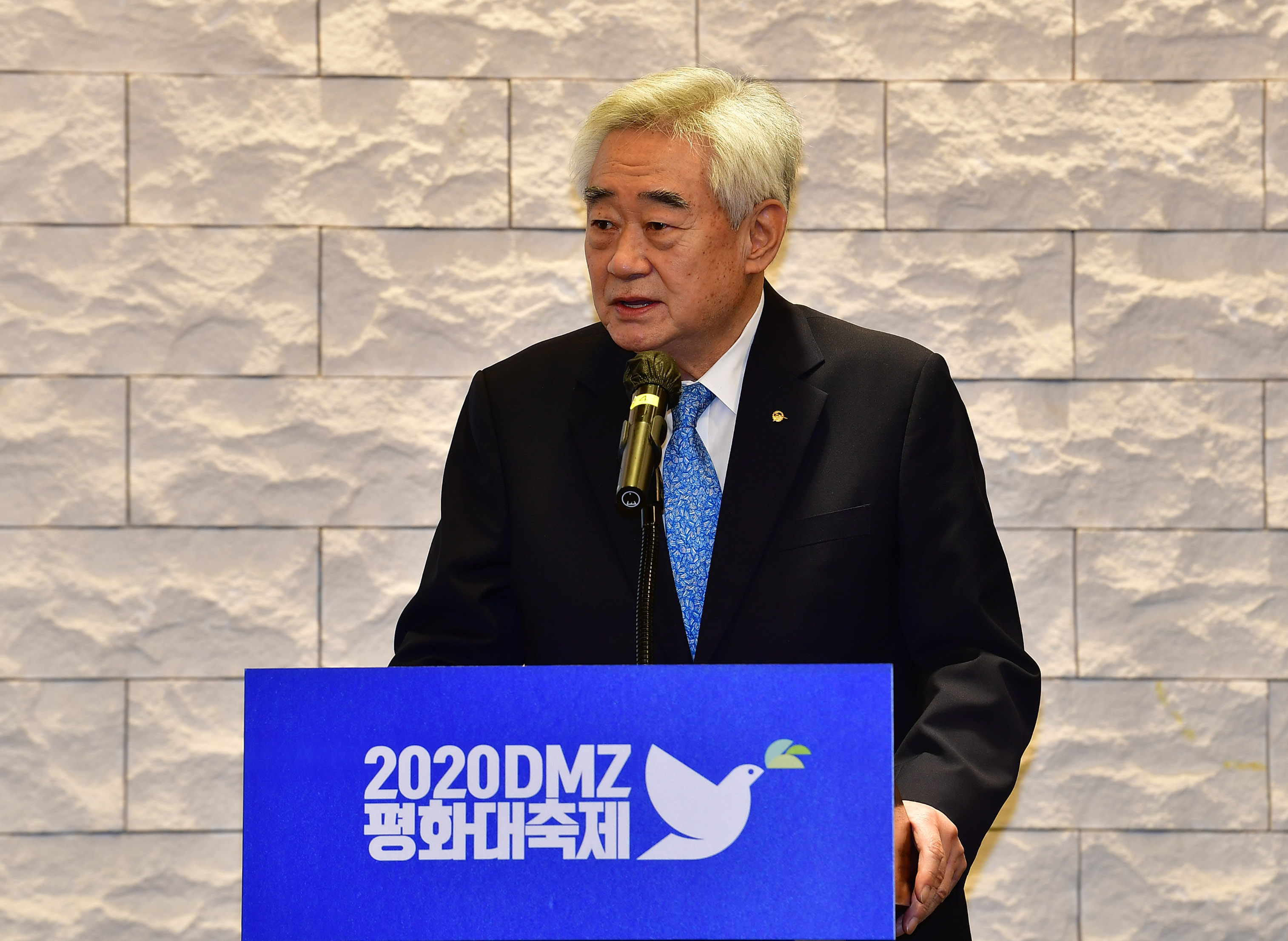 “The DMZ Peace Festival aims to help enhance the awareness of world peace, thus helping create an amicable atmosphere for a unified Korea. In this regard, the 2020 DMZ Peace Festival has a special meaning in that this year marks the 70th anniversary of the outbreak of the Korean War,” said GCS International President Dr. Choue.

He continued to say, “In times of the prolonged COVID-19 pandemic, we should cooperate for the promotion of world peace as a global common society transcending differences in race, religion, ideology and nationality.” “I wish through this DMZ Peace Festival, peace messages should be further get across to the whole world beyond the Korean Peninsula.”

Kukmin Ilbo President Byun said in his opening remarks, “I wish to thank all the online peace-message presenters of GCS national chapters. The power of sport is great. Through the Korean national sport of taekwondo, the Kukmin Ilbo wants to keep sending the message of peace and hope to the world, together with GCS International.”

“I congratulate the DMZ Peace Festival Organizing Committee for your enormous contributions in making this a significant day to deliver the message that ‘Peace is More Precious than Triumph’ through worldwide broadcast of the 2020 DMZ Peace Festival,” said Dr. Selma Li, president of the GCS Portland, USA Chapter, in her real-time online peace message. Master Rick Shin also made a short peace message for the attendants.

The 2020 DMZ Peace Festival closed with a group photo with attendees holding the GCS slogan (Peace is More Precious than Triumph) banner in front.