KOLKATA, India (February 6, 2020) - The 2020 Indo Korean Taekwondo Cultural Festival & International Award Ceremony wrapped up in a great success in Kolkata, India on February 5, 2020, with the attendance of WT President Chungwon Choue and the WT Demonstration Team.

It marked the first time that the WT President and the WT Demonstration Team  have attended an official taekwondo event in India, attracting high interest among the public and the media.

The 2020 Indo Korean Taekwondo Cultural Festival, a biennial event since 2008, was organized by the GCS International West Bengal, India Chapter, in collaboration with the Roy's Taekwondo Academy and the Ramakrishna Mission Saradapitha. The event is supported by GCS International and World Taekwondo. 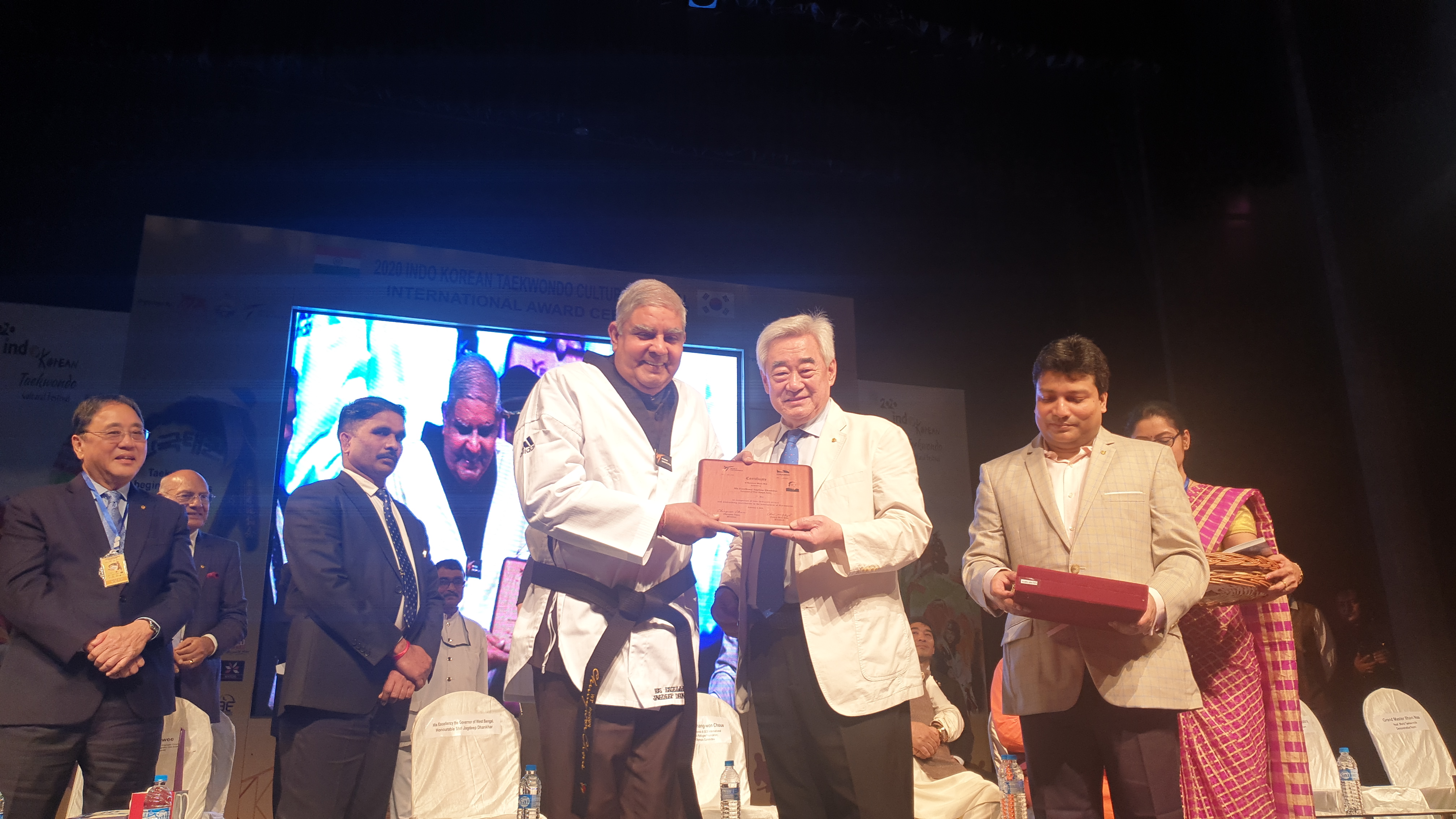 "I am honored to be here today for the 2020 Indo Korean Taekwondo Cultural Festival & International Award Ceremony," WT President Choue said during the event. "I am here as president of GCS International and World Taekwondo."

"The U.N.-affiliated GCS International was established in Seoul, Korea in 1979   by my late father Dr. Young Seek Choue. My father came to New Delhi in   1980 to inaugurate the GCS India Chapter, the first overseas GCS national   chapter outside Korea," he said. "In December 2018, the GCS West Bengal, India Chapter was inaugurated here at the Biswa Bangla Convention Center in West Bengal."

The GCS International founder also attended the 22nd GCS International Annual Convention in New Delhi in 2001, which also marked the first overseas GCS annual convention outside Korea. At that time, he visited Odisha to inaugurate the GCS Odisha Chapter. In 2001 and 2002, there were various GCS activities in India jointly with GCS International.

"On the occasion of my visit this time and under the leadership of Master Pradipta Kumar Roy, I believe that the GCS Movement will be further promoted in India," Dr. Choue said. "I wish this Indo Korean Taekwondo Cultural Festival will also help promote taekwondo in India." 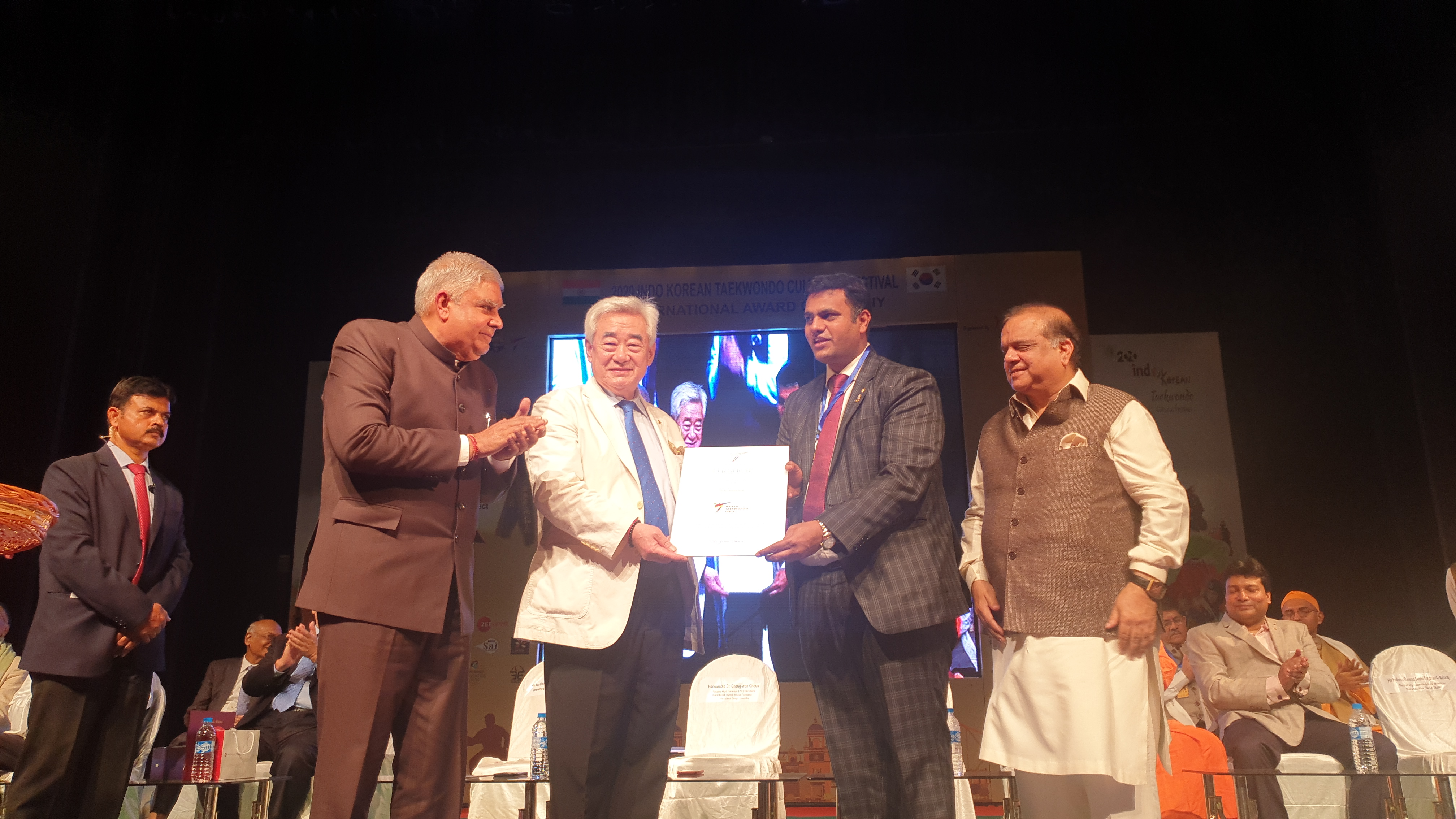 "My special thanks go to Dr. Batra, president of the Indian Olympic Association and Mr. Namdev, president of India Taekwondo, for attending this event. With your full support, I believe that taekwondo will be further promoted in India," WT President Choue said.

Dr. Choue continued to say, "In doing good things for the mankind, there is no finish line, only the starting line. I believe that 'Peace is More Precious than Triumph'"

"For its social contribution to the mankind, World Taekwondo is striving hard to help empower the powerless, such as refugees and orphans," he said. "WT has several channels to do good things. WT has its own Taekwondo Cares Program, which is to help the disadvantaged children, while the Lausanne-based Taekwondo Humanitarian Foundation (THF) is for refugees around the world."

Ramakrishna Mission is the largest Hindu religious and spiritual organization, which forms the core of a worldwide spiritual movement known as the Ramakrishna Movement or the Vedanta Movement. Belur Math is a monastery serving as the headquarters of the Ramakrishna Math and Mission, founded by Swami Vivekananda, the chief disciple of Ramakrishna Paramahansa.

In cooperation with the Roy's Taekwondo Academy, the Ramakrishna Mission is introducing taekwondo education for its students across India.

On February 3, there was a welcome dinner for the WT President Choue and the WT Demonstration Team at the Hotel Hindustan International. 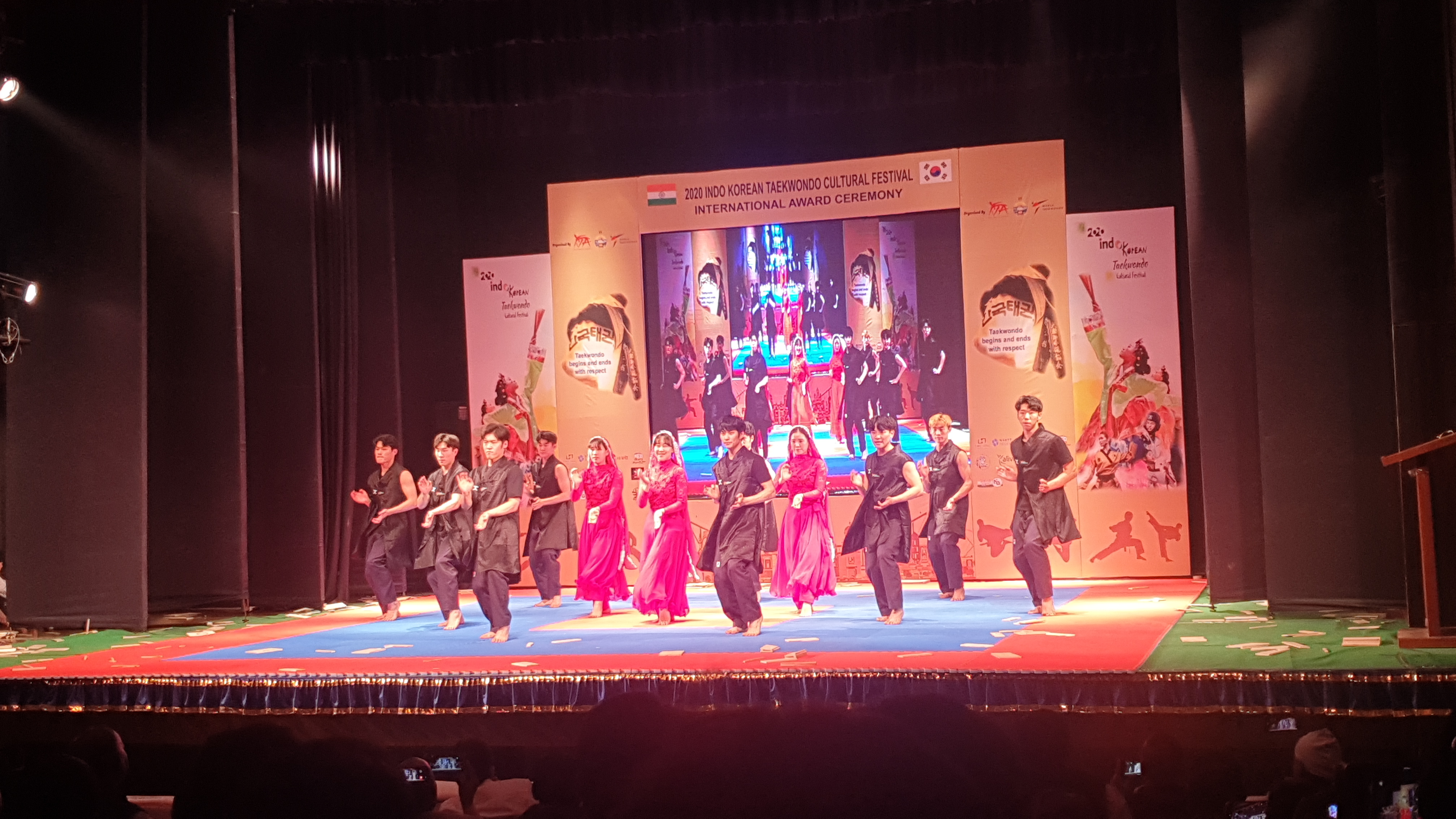