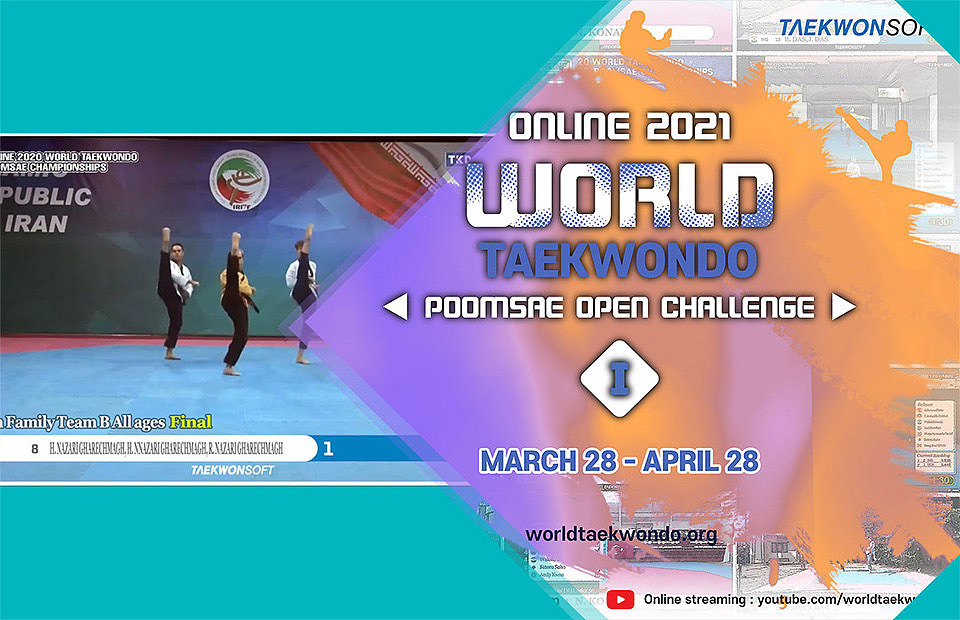 SEOUL, Korea (March 16, 2021) - The first Online World Taekwondo Poomsae Open Challenge will get underway on March 28, bringing virtual Taekwondo back into the homes and gyms of thousands of people around the world.

The Open Challenge is a new series that builds on the great success of the first-ever Online World Taekwondo Poomsae Championships last November which attracted more than 1,560 Taekwondoin (Taekwondo practitioners including elite athletes) from 98 countries. The Open Challenge series will be held throughout the year in March, June, September and December, and aims to provide Taekwondoin with access to the sport, wherever they are.

The Open Challenge I will begin in the end of March, and is split into an Official Category for junior national team athletes (15-17 years old) and an Open Category for junior to individual category and families to participate in pairs and teams. There are six divisions in the family pair – Siblings, Couples, Father and Son, Father and Daughter, Mother and Son, and Mother and Daughter. The family team comprises two divisions – family team A (three family members and two generations) and family team B (three family members and three generations.)

“The Online World Taekwondo Poomsae Championships last year demonstrated the huge demand that there is around the world, among elite athletes and families, to practice taekwondo. We created the Online World Taekwondo Poomsae Championships to provide more opportunities for people to compete in taekwondo even during the global pandemic.

“By hosting virtual sport competitions, we can also reach a wider audience than ever before and open our events to grassroots and amateur Taekwondoins. It is inspiring to see families, young and old, of different nationalities, genders, races and backgrounds all coming together through Taekwondo.”