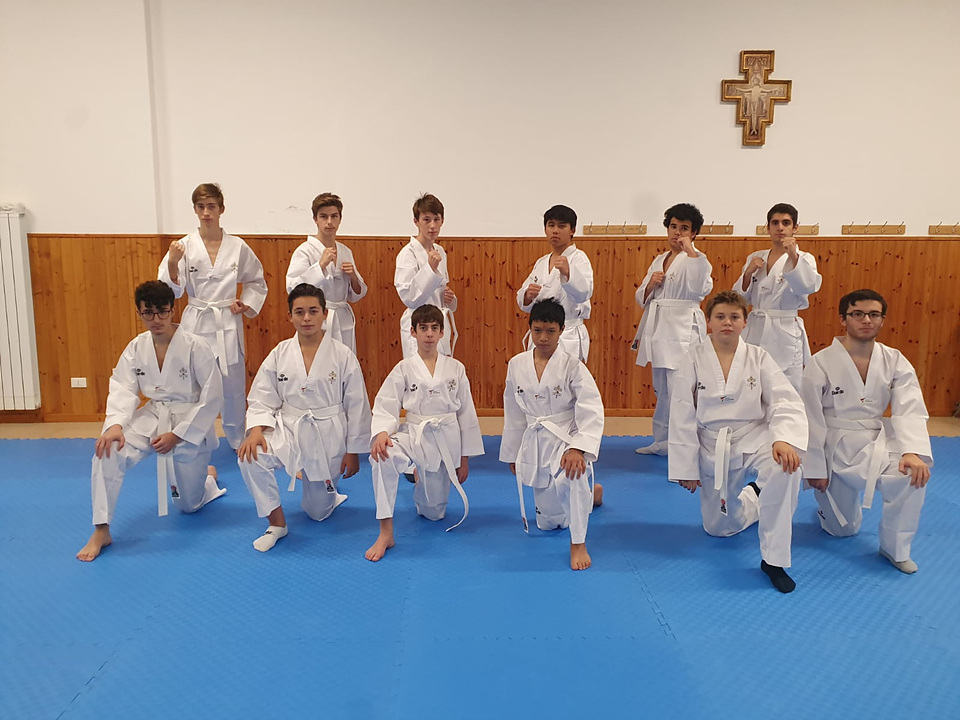 ROME, Italy (February 8, 2021) - The Federazione Italiana Taekwondo (FITA) has partnered with the Saint Pius X Institute of Vatican City to organize a taekwondo course for the students of the seminary.

The course began in October and sees 20 boys aged between 13 and 17 years old practice taekwondo three times a week as part of their curriculum. It is the first time such a course has been held in the seminary and it is coached by Olympian and former European champion, Leonardo Basile, who was appointed by FITA.

On February 8, a taekwondo exam was held with the Rector of the Don Angelo Magistrelli of Institute in attendance. Four students passed the exam at the green belt level with the remaining students achieving a yellow belt level. 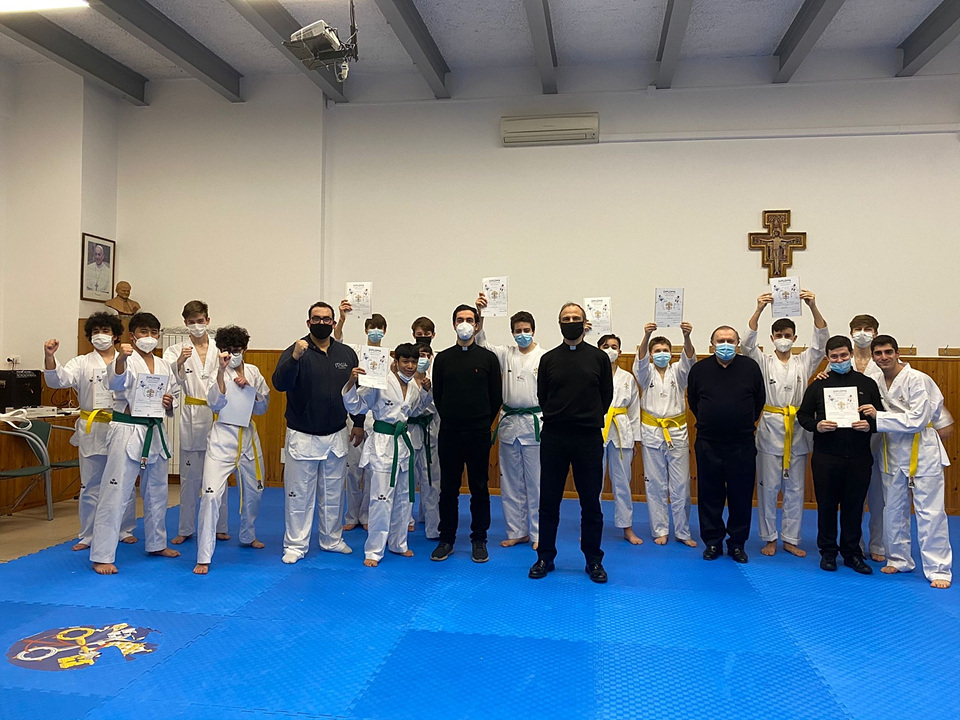 Mos Melchor Sanchez, head of culture and sport at the Vatican, speaking after the examination said, “Dear FITA President Angelo, this is a small miracle in the time of the pandemic. Thanks to you and FITA and our dear World Taekwondo President Chungwon Choue.”

The following year in 2018, the World Taekwondo Demonstration Team performed a historic demonstration in St. Peter’s Square, Vatican City in the presence of Pope Francis. 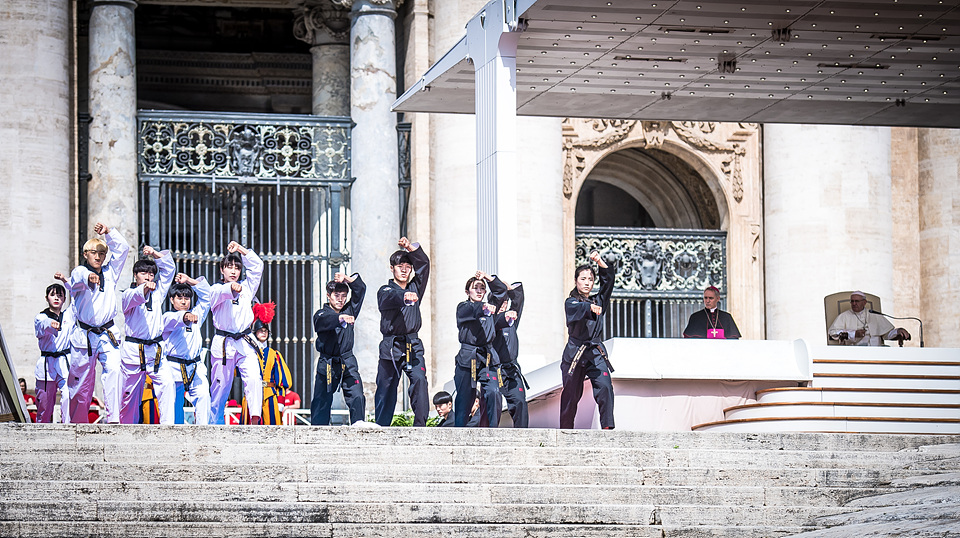