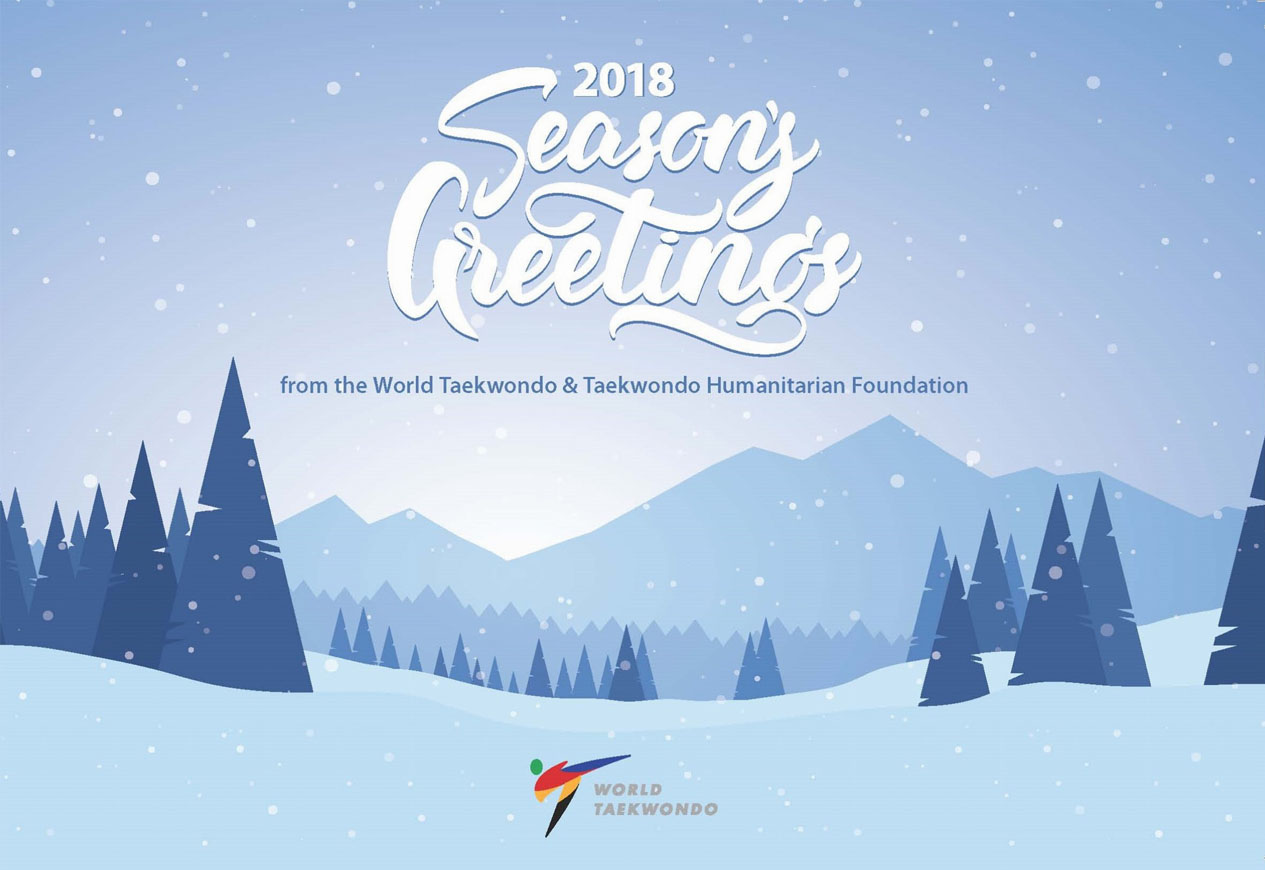 Following on the success of taekwondo at the Rio Olympics in 2016, 2017 has been another wonderful year for our global sport – and a very busy one. As this year draws to a close it is appropriate to look back on some of the great events and great moments of 2017, and look forward to the major events of 2018.

We started 2017 with a rule change designed to bring even greater spectacle into taekwondo. The change got its first big test at the World Championships in Muju, Korea, in June, and was a great success. The competition showcased some of the most exciting, dynamic and tense taekwondo action we have seen. In Muju, we also re-branded, from “World Taekwondo Federation” to the optimally inclusive “World Taekwondo.” The new brand makes a powerful statement and raises our prestige to the maximum.

In terms of the number of competitors and officials in attendance, Muju was the biggest world championships ever. Special visitors included Korean President Moon Jae-in, the first national president ever to attend this event, IOC President Thomas Bach, and the International Taekwondo Federation (ITF) Demonstration Team. The collaboration between the World Taekwondo Demonstration Team and ITF Demonstration Team was a historic and symbolic moment and reinforced taekwondo’s power to unite.

We also hosted the World Para Taekwondo Championships in London, Great Britain’s, Paralympic venue – The Copperbox Arena. The event was our largest ever and demonstrated the significant global growth the sport has undergone in recent years. The competition showed that our para athletes have all the skill, athleticism and determination we expect from taekwondo’s elite and we look forward with great excitement to para taekwondo.

Our Grand Prix Series continued to raise standards at the top of the game. 2017’s series was held in Moscow, Russia; Rabat, Morocco; London, Great Britain; and Abidjan, Cote d’Ivoire. It was especially gratifying to take the series to Rabat and Abidjan, given the rising power of African taekwondo – reflecting the growing global popularity and accessibility of our sport.

We also held the first-ever World Beach Taekwondo Championships, in Rhodes, Greece, a format that takes taekwondo out of the venue and into the sunshine, giving our sport a cool new look.

Our humanitarian efforts to “empower the powerless” continue. Following our WT Academy for Syrian refugees in Jordan, we added a second WT Academy for Congolese refugees in Rwanda in 2017. I was also appointed to the board of the Olympic Refuge Foundation, where I will join the IOC president and the UN High Counselor for Refugees, imparting the knowledge we in taekwondo have gained from our humanitarian projects so far.

In December 2017 and January 2018 we pioneer the new Grand Slam Champions Series. Set in Wuxi, China, this made-for-TV, sup

er-elite, invitational series emplaces Hollywood-style production values and offers the richest prize money in our sport’s history to the winners in each of our eight Olympic weight categories.

In 2018, we will also add another edition to our four-edition Grand Prix Series, in Rome, Italy, making a total of five competitions per year. This, and the Grand Slam, demonstrate WT’s ongoing commitment to providing ever-more opportunities for our athletes and more world-class events for our fans.

2018 will be a “Year of Youth.” This theme rests on two flagship events. The first is our Junior Championships in Hammamet, Tunisia, in April. The second is the 2018 Youth Olympic Games, being held in and around Buenos Aires, Argentina, in October. I look forward to seeing the talent our pipeline is producing and I am confident that these two events – one a taekwondo tournament, the second a multisport extravaganza – will make clear the importance of WT’s theme for 2018, “Peace is more important than triumph” to our rising generation of young players.

I offer my gratitude to our officials and executives in all CUs and MNAs: None of 2017’s achievements would have been possible without you. Special thanks go to our great contingent of international referees; to our coaches; and – above all – to our wonderful athletes. You make us proud!