The competition, which took place at the Exhibition Forum Event Center of Sofia’s Hotel Marinela, featured one of the finest women’s finals of recent history.

Williams bulldozed forward with round kick-punch combinations. Driving the Ivoriean back, she landed a flying punch for the first point, added two more with a body kick, then overpowered Gbagbi who fell in mid-spin, raising her score to five points. Then, something extraordinary: Gbagbi’s jump reverse turning kick with both feet off the floor landed to Williams’ head. Score: 5-5. Amid a ferocious flurry, more athleticism: Gbagbi’s back kick-reverse turning kick to the head combination landed. Suddenly Gbagbi was 13 -6 up.

In the second, Williams charged, head hunting and driving Gbagbi back in ferocious combat. Gbagbi remained cool, but Williams’ punch was doing sterling work, as she forced Gbagbi to backpedal. An IVR was called by Gbagbi’s coach, giving both fighters a break. As action resumed, feet and points flew fast and furious. Brilliant technique by Gbagbi - consecutive jump turning kicks - as an awesome pace was set by Williams. Round 2 ended 18-16 to Gbagbi.

The third was anyone’s game. Williams stabbed forward. Ggbagbi shot back. 22-19. Gbagbi attacked; Williams tried to drop her ax to the head. A punch by Williams reverberated, but the board stayed in Gbagbi’s favor as she swerved and danced while somehow firing accurate kicks. In the last 20 seconds, Williams finally slowed. It ended 25-20, with gold for Cote d’Ivoire after a brilliant display of athleticism, tactics and cool-headedness by Gbagbi and superb aggression, intensity and stamina by Williams.

Nur Tatar Askari of Turkey and Julyana Al-Sadeq of Jordan took the bronzes. 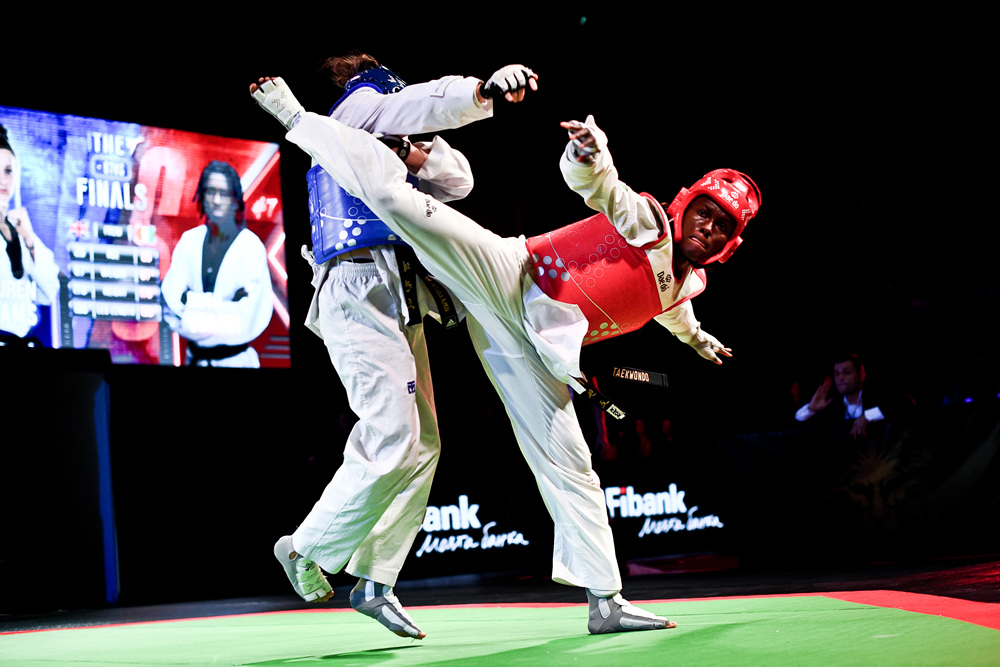 In the heavyweight final, Korea’s Kyo-don In took on Maicon Siqueira of Brazil.

It started with a war of nerves, of faking and probing. Round 1 ended 0-0. In Round 2 the Brazilian stabbed forward, chasing In, and finally there was action, but no score. Things returned to slow speed ahead. Both men were penalized for not fighting, then In suffered a gamjeon for retreating. The second ended 2-1 to Siqueira, with neither fighter having yet landed a kick.

In the third, the Brazilian finally scored a flick kick to the body. In now had to get busy. The two briefly battled. In added another point as the Brazilian went high, and fired his patented back kick. It failed to score, but the Brazilian was forced off the mats giving In a point But it was all too little, too late: It ended 4-3 to Siqueira. 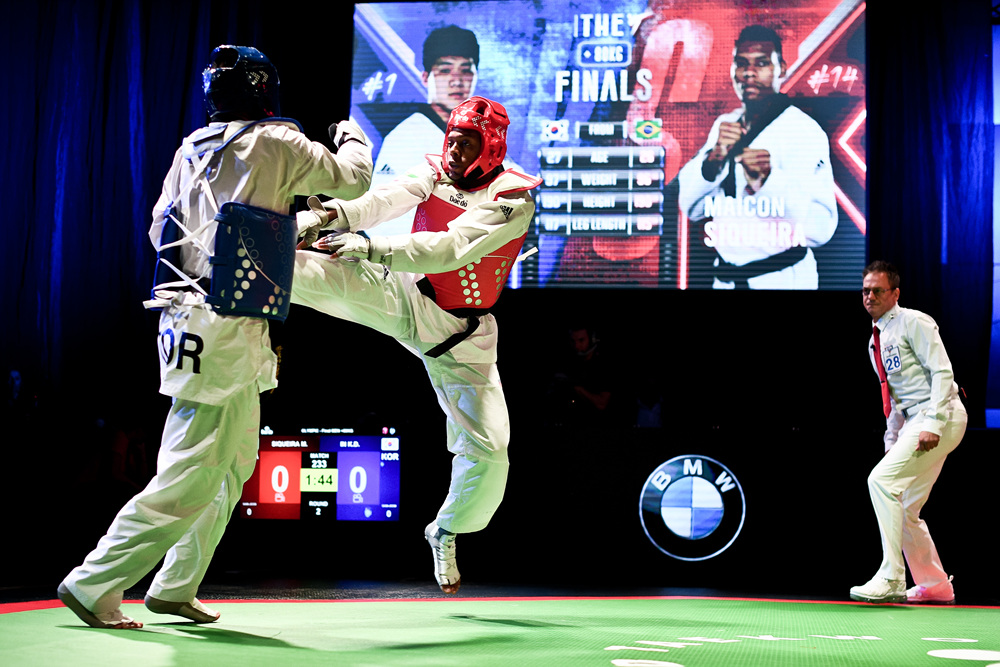 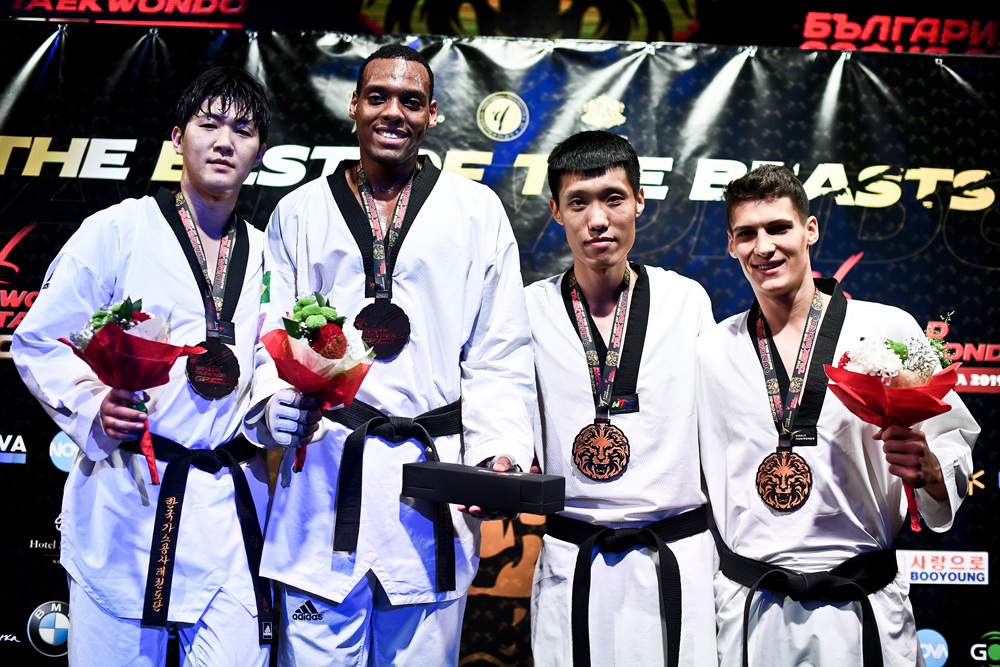 The final featured the biggest rivalry in the game: Bianca Walkden of Great Britain versus Shuyin Zheng. In their last two clashes, at the Manchester Worlds and the Chiba Grand Prix, they have both won one each. This could go either way.

As always, Walkden started aggressively, stabbing forward as Zheng danced. Walkden landed a punch and Round 1 ended 1-0 to the Brit. In the second, Zheng proved less willing to give ground and there there was fierce dueling. Walkden kicked, punched and closed to clinch, but the scores remained frozen until Zheng equalized with a penalty. Round 2 ended 1-1.

In the third, Walkden kept Zheng on her back foot. Both connected but did not score; one error could change the game. Walkden scored as Zheng was pressed backward and in the last seconds, Zheng attacked. Amid torrid kicks, Zheng landed to the body - seizing gold with a 3-2 victory. 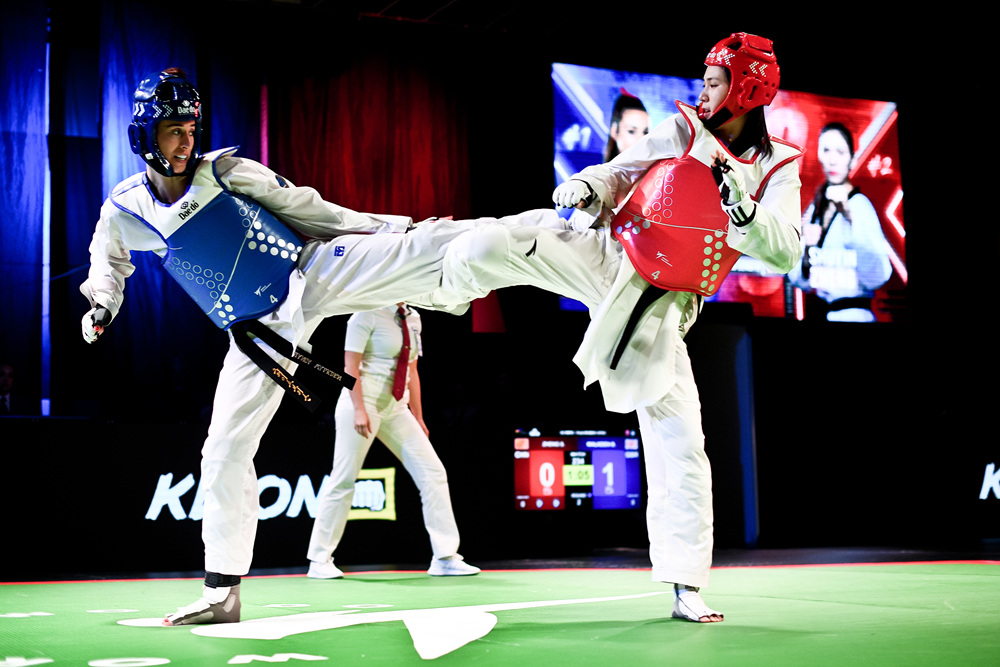 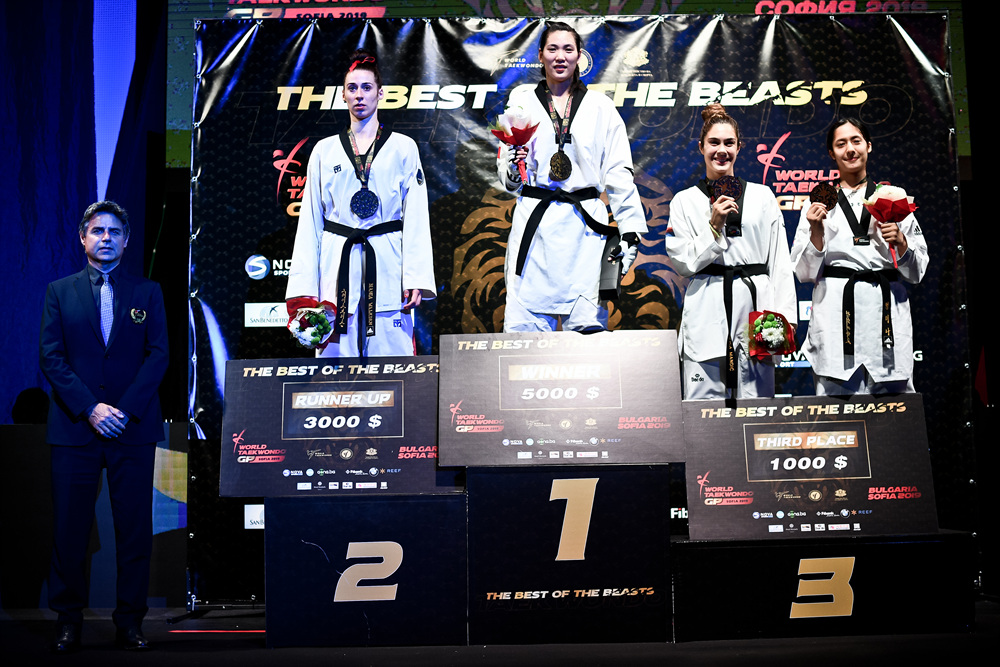 Tomorrow, the last day of the Sofia Grand Prix, the Men's -80kg and the Women's -49kg categories will be fought for.