For Italians it was the fourth day which saw the most important record was broken.

In the men’s -74kg final, an Italian teenager took to the mat with the hopes of a nation on his broad shoulders.

Stood opposite him was Jordan’s Ahmad Abughaush who knows a thing or two about breaking records for his country having won Jordan’s first ever Olympic gold medal in any sport at the last Olympic Games in Rio de Janeiro.

At 6’4 Alessio towered over Abughaush but what Abughaush lacked in height he made up for in experience over his counterpart. But despite his inexperience, it was Simone who came out on top winning a historic gold medal 18-11.

“I am so happy and proud of my achievements,” the young Italian said. “This has been my dream since I was a child, so it was really great to arrive in the best condition I have ever been in and win gold. I had to train really hard for this competition because I knew Abughaush was going to be very strong. When I won, I couldn’t believe it, and I think this is only the start.”

Alessio’s height over Abughaush was noticeable in the final and while some believe this give him a natural advantage he doesn’t necessarily agree. “I guess I have a small advantage because of my height, but if my opponent is quick and smart, I find this difficult. It is not always easy. But my favourite action is kicking, which I am good at because of my long legs!”

Despite his achievement, Alessio is not thinking as far as the Tokyo 2020 Olympic Games. Instead, the World Champion is only looking ahead at what’s around the corner.

“I go from competition to competition. I am looking forward to the Rome Grand Prix in a few weeks, which I hope to win. Tokyo 2020 is a dream, but I am not looking that far ahead. I am living in the present and just trying to be the best I can be.”

So next up for Alessio is the Rome Grand Prix, which he is looking forward to attending with the rest of his team. “I am so proud of my team. Even though I was the only one to leave the World Championship with a medal, they all did great and I can’t wait to keep training together.

“I want to thank them all for the support and I am excited for our next competition together.”

At just 19 year’s old, he has plenty of time to realise his Olympic dreams. 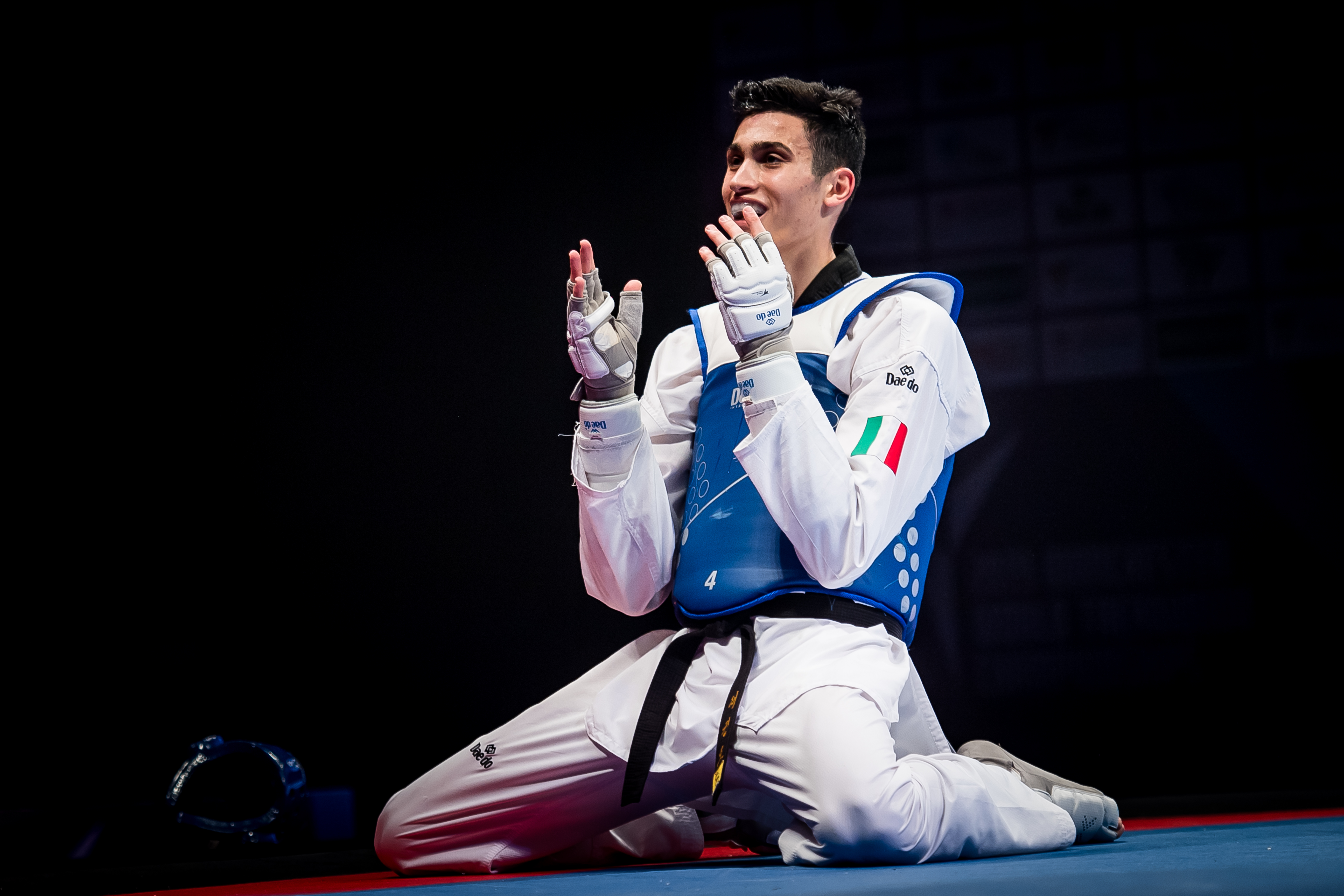