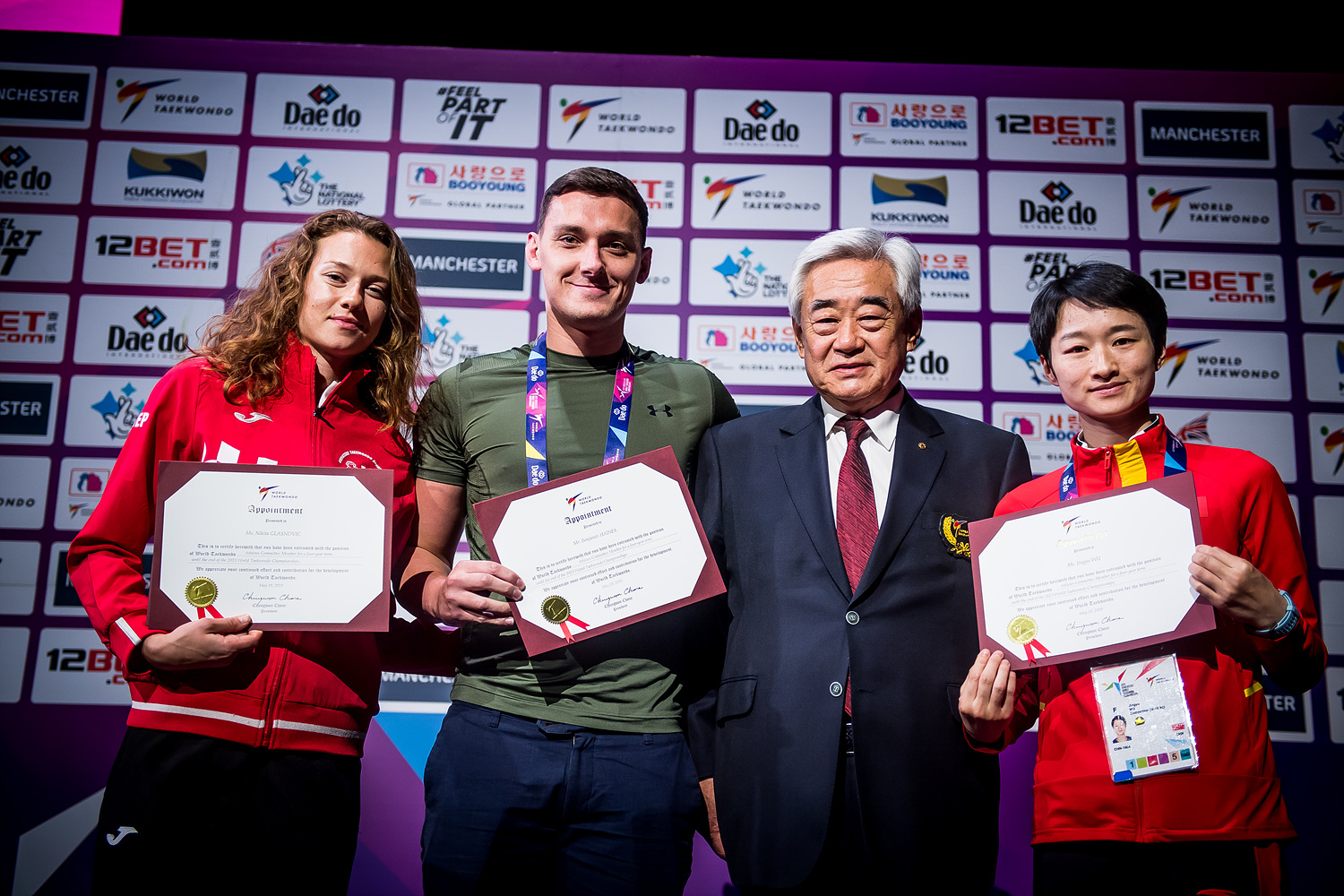 The new members were elected by their fellow athletes during the Manchester 2019 World Taekwondo Championships. It was the first time that World Taekwondo has held elections for its Athletes’ Committee and reflects the federation’s commitment to ensuring that the athlete voice continues to be represented in the governance of the sport.

The four elected athletes are:

In order to ensure the Committee was globally balanced, no more than one athlete per country was able to be elected and male and female athletes had to be represented. Jordan’s Nadin Dawani and France’s Pascal Gentil continue to serve as co-chairs and sit as ex-officio members on the World Taekwondo Council.