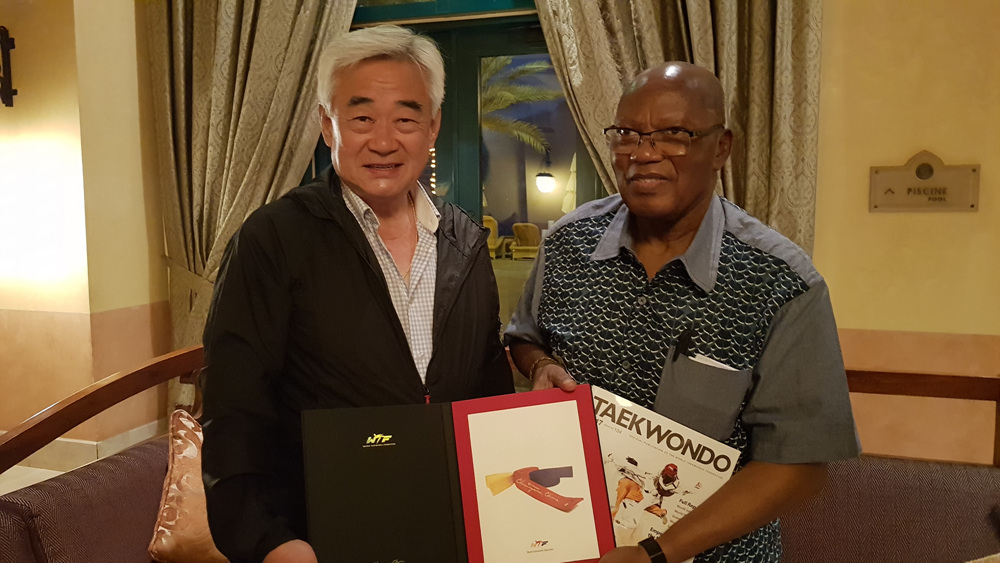 DJIBOUTI CITY, Djibouti (May 11, 2017) - WTF President Chungwon Choue visited Djibouti on May 11 after awarding Pope Francis an honorary 10th dan black belt in Vatican City on May 10. At the Kempinski Hotel in Djibouti, President Choue met with Intendant General Lassana Palenfo and congratulated him on his reelection to the presidency of the Association of National Olympic Committees of Africa (ANOCA) on May 11. At the meeting, Choue discussed the future of taekwondo in Africa with Palenfo. WTF Council Member Ide Issaka and WTF Director General Roger Piarulli were also present. Choue plans to visit a refugee camp during his stay in Djibouti.