GUADALAJARA, Mexico (Nov. 13, 2022) – The combination of a vocal crowd, a packed venue and an action-packed program kicked off the Guadalajara 2022 World Taekwondo Championships in thunderous style tonight.

Outside the venue, the Centro Acuatico CODE Metropolitano, a range of spectator engagement stalls had been set up, offering everything from BBQ meals to local souvenirs to haircuts. Over 5,000 spectators queued up to enter the venue well over an hour before it began, filling the seating.

At 7:00PM sharp, the ceremony itself started with a fantasia. Amid billows of dry ice and flashing laser light, a junior athlete showed off her Taekwondo and a duo of superheroes swung from the ceiling.

A Mexican Army detachment marched onto the field of play and unfurled a giant Mexican flag, and the national anthem was sung. After the national banner was furled and marched off, the World Taekwondo flag was marched on, to cheers. Then, the flags of participating nations were carried into the arena by athletes.

To nobody’s surprise, the last flag to be carried on – Mexico’s - won a 30-second ovation.

The athlete’s and referees’ oaths were read out before VIPs were introduced and WT President Chungwon Choue delivered his keynote.

Choue stressed, to the 710+ athletes and 570 officials from 120 member nations, as well as from the World Taekwondo Refugee Team, how important the championships are as the 2024 Olympic cycle counts down.

“Guadalajara 2022 is one of the key milestones in your road to the Paris 2024 Olympic Games,” he said. “With new improved competition rules aimed at generating more excitement and action, I believe that our participating athletes will deliver a truly memorable World Championships.”

Choue thanked Sport Minister Ana Guevara and Jalisco State Governor Enrique Alfaro for their support of the event. Mexican Taekwondo Federation President Francisco Raymundo was next to speak, followed by Guevara, then by Alfaro.

“The World Taekwondo Championships is once again in our country and is a source of pride for everyone,” Guevara said, adding that Taekwondo is “the world’s greatest sport discipline.”

After the speeches, the VIPs exited the stage, the flags were marched off, and the Taekwondo action that the crowd had come for got underway as the world’s best entered the arena.

In a cloud of splintered woodwork, the WT Demonstration Team – joined by members of the Mexican National Poomsae Team - did not disappoint. A flawless blend of coordinated group poomsae, flips ‘n tricks and high-altitude breaks – including a gob-smacking 720-degree double helicopter kick – was presented.

Localized flavors were added to the show. Three vertical banners representing the tricolor of the national flag provided a backdrop for a funky folk dance-Taekwondo routine in Mexican national costumes.

This high-octane Taekwontainment won rapturous applause and standing ovations from different sections of the crowd.

A tribute was then paid to the venue’s heritage – watersports – with a display of laser-lit synchronized swimming in the pool. This aquatic action contrasted with a Cirque de Soleil-style acrobatic and dance performance, before a group of performers cable-slid down a zip wire from the high diving boards to the FOP.

The ceremony ended in local style. A Mariachi band serenaded the arena with a selection of Mexico’s jauntiest tunes, while dancers in bright dresses whirled across the field of play, and were wire-lifted up to the rafters.

All stops were pulled out for a final kaleidoscope of color, motion and sound. Gymnasts flipped across the floor, divers plunged from the boards and the Demonstration Team marched on to wave the crowd goodbye.

And that was it for the opening ceremony of the Guadalajara 2022 World Taekwondo Championships. Tomorrow morning, it is all business as Day 1 of the seven-day kyorugi competition kicks off with the M-80kg and the W-57kg categories being contested. 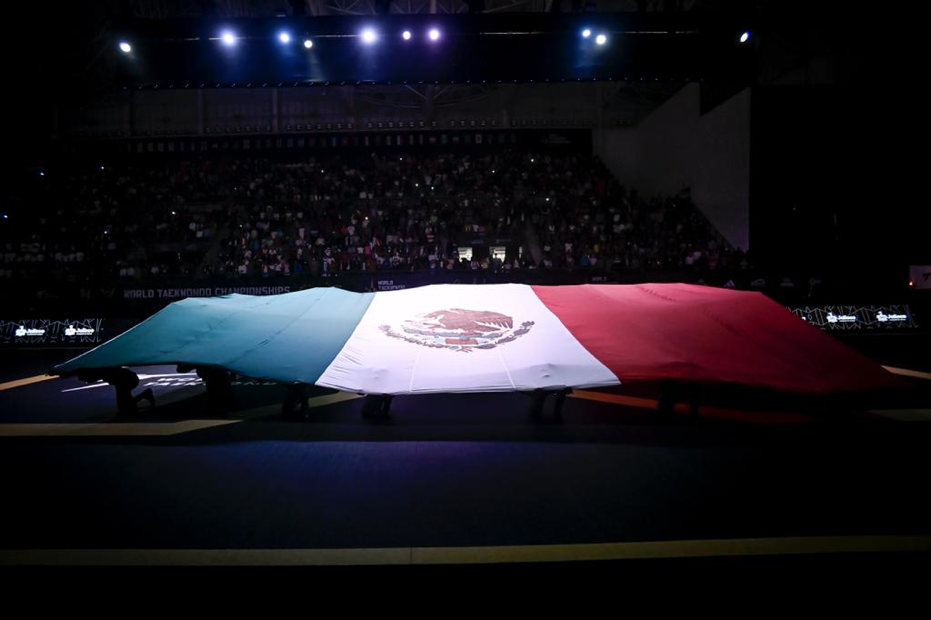 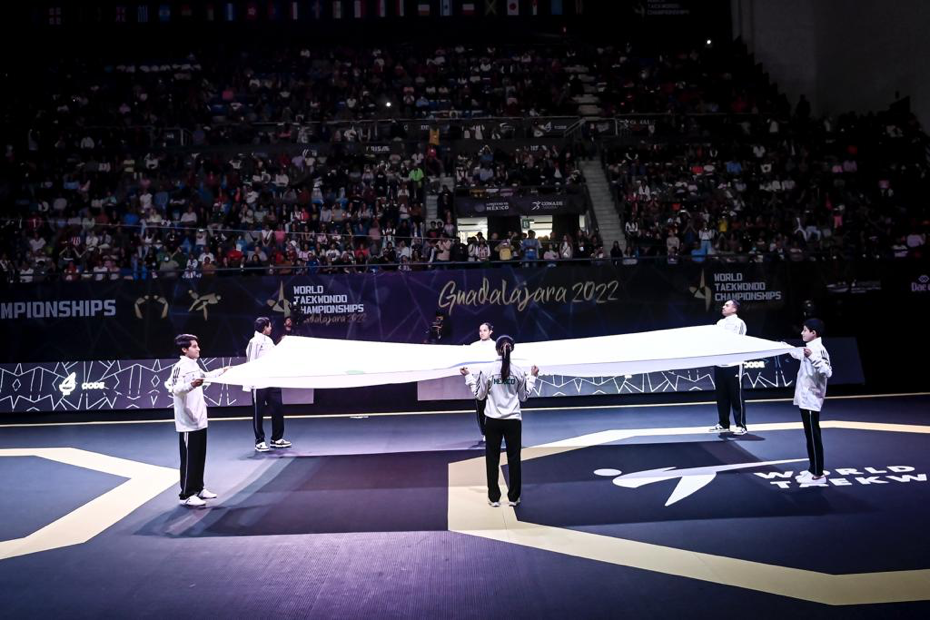 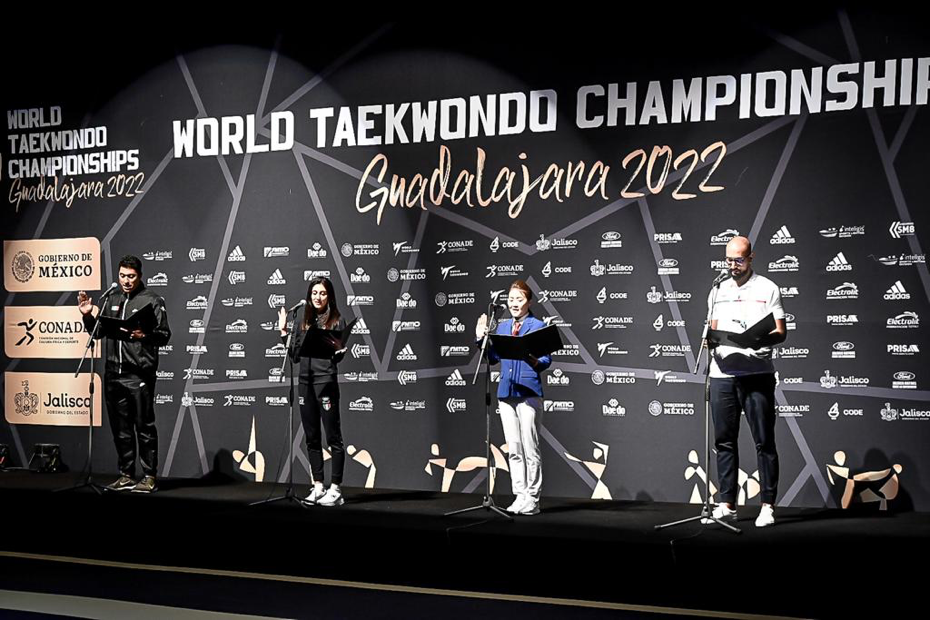 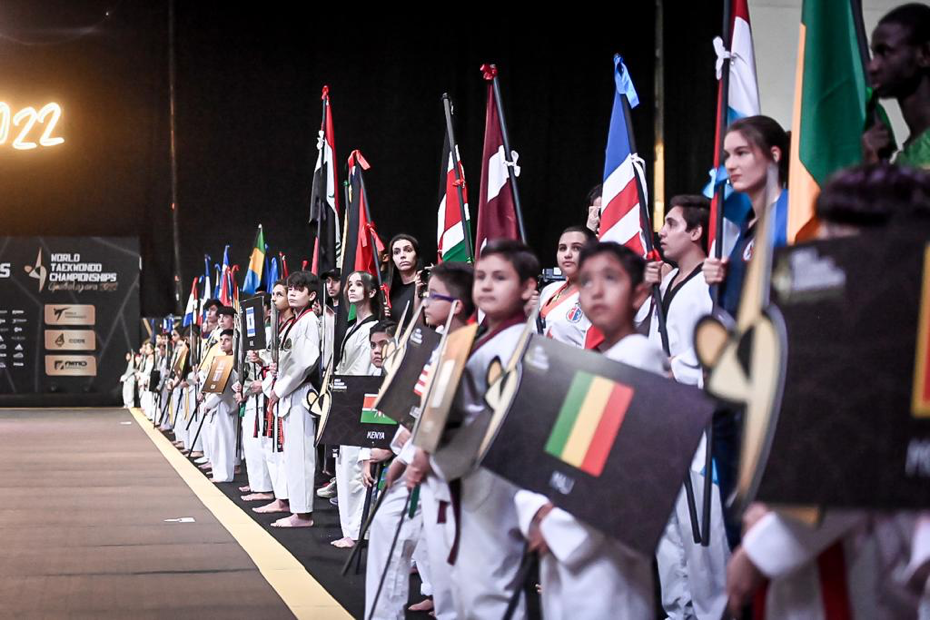 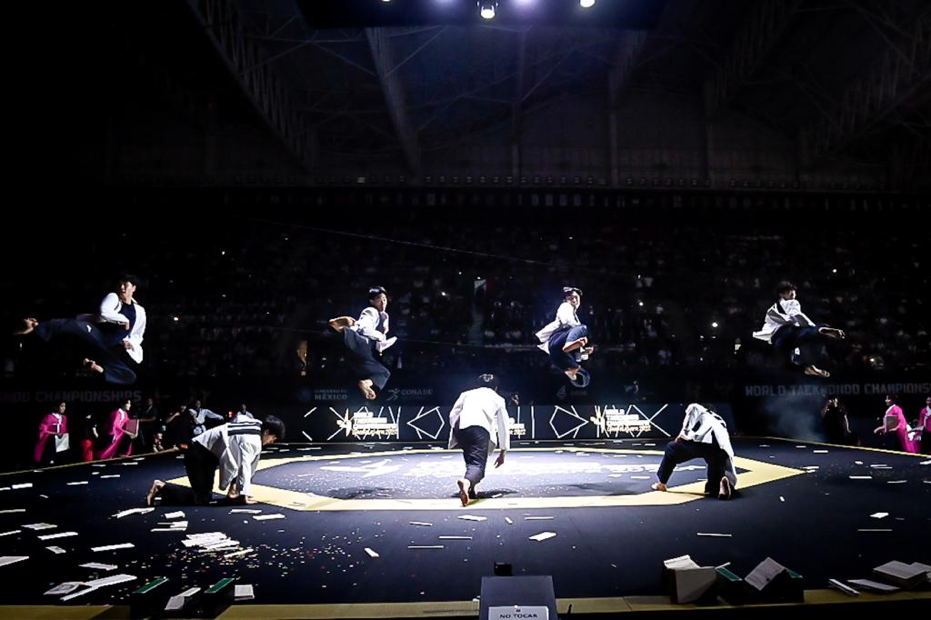 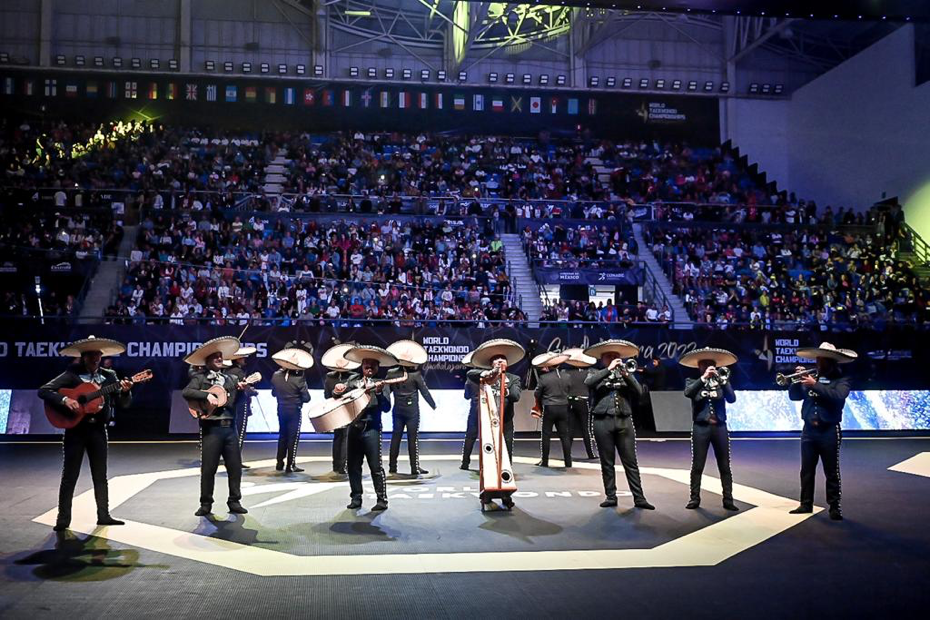 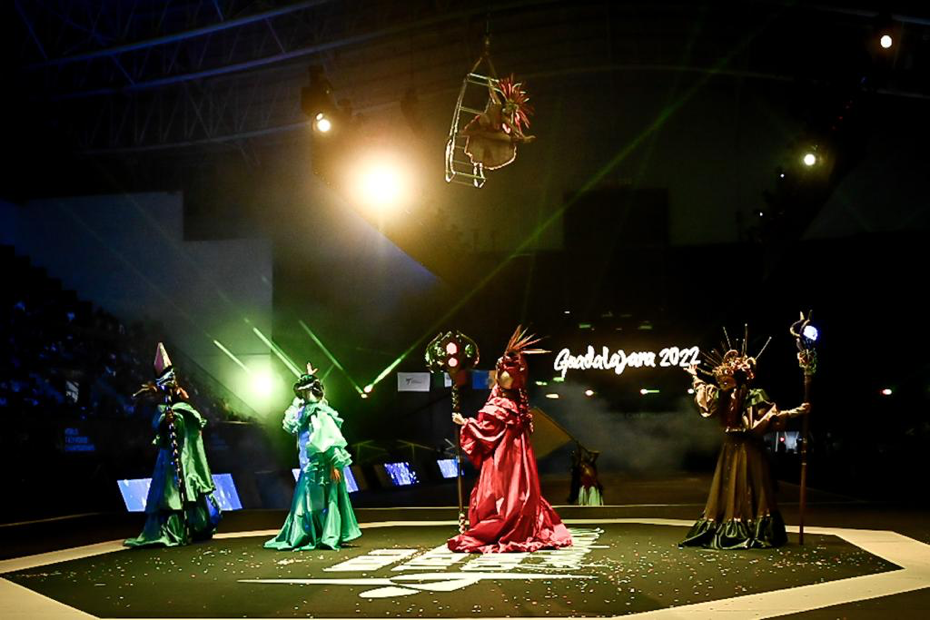 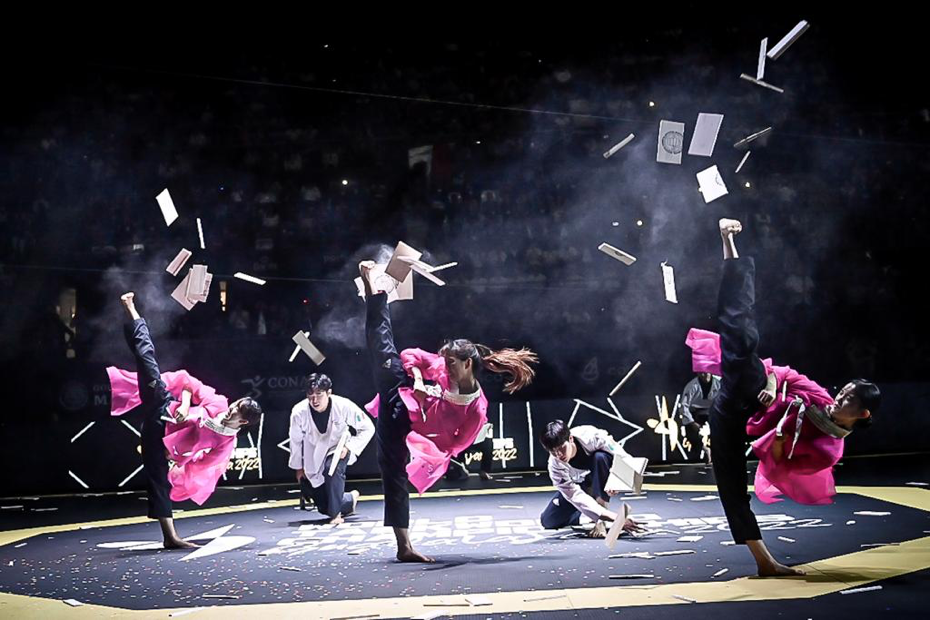