The special awards were presented by President Choue over videoconference in recognition of the awardees’ significant contributions to the sport. The award is a certificate of Commendation from the Korean Ministry of Sport and Tourism.

The award was presented to French MNA President Hassane Sadok following the successful hosting of the first ever World Taekwondo Grand Prix in Paris in September 2022. The UAE MNA was awarded to President Ahmed AlZeyoudi for the successful hosting of the Fujairah Open Championships for the past 10 years and special thanks was paid to the Crown Prince of Fujairah for his support. Maher Magableh was awarded for his constant support of refugee children through Taekwondo and the THF.

“Our three awardees have contributed so much to Taekwondo and we were delighted to recommend them for this special commendation from the Korean Ministry of Sport and Tourism. We congratulate them all and look forward to working with them in the years ahead. It is extra special to present these awards to mark Taekwondo Day, a day when celebrate our sport and recognise the role it plays in contributing to a better society.”

Taekwondo Day is celebrated every year on September 4 in commemoration of the IOC’s decision on that date in 1994 to include Taekwondo on the Olympic program. 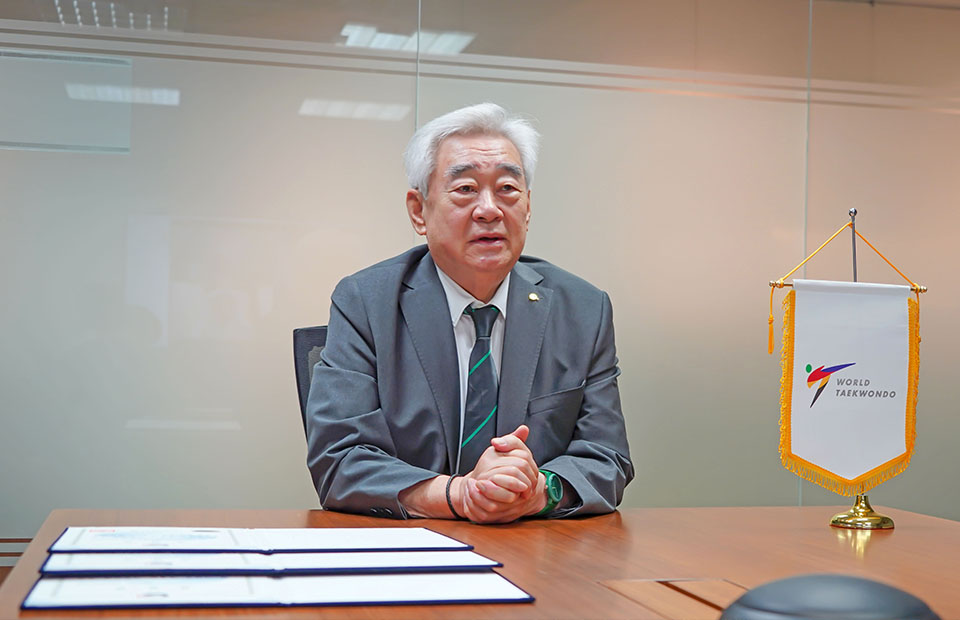