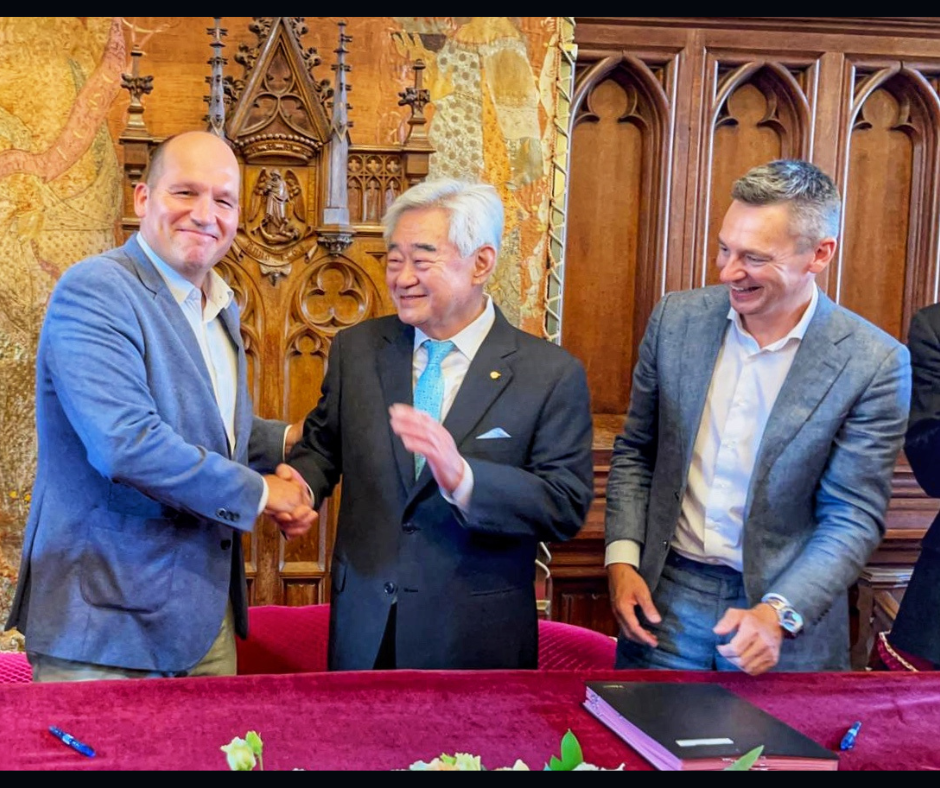 BRUSSELS, Belgium (Aug 30, 2022) - The Taekwondo Humanitarian Foundation (THF) has signed a Memorandum of Understanding (MoU) with the City of Brussels and the Belgian Taekwondo Federation with the aim of creating new projects to empower refugees and displaced people through Taekwondo.

The MoU was signed during a special signing ceremony in Hotel de Ville in Brussels in the presence of Brussels Mayor Philippe Close; THF Chair and World Taekwondo President Dr Chungwon Choue; President of the Belgian Taekwondo Federation Erik Baerts; and first Deputy Mayor of the City of Brussels Benoit Hellings.

As part of the MoU, a consortium including members of the city of Brussels, the Belgian Taekwondo Federation and the THF will be created. They are currently working on a project which will start in 2023 to encourage refugees and displaced persons in Brussels to start physical activities, learn the martial art of Taekwondo and learn the values of Olympism and global citizenship. In the long term, the expectation is the MoU will facilitate the social inclusion of refugees and displaced persons in Brussels as Taekwondo is an accelerator of inclusion.

“This is a special moment for the THF and for me personally. For the THF, it is yet another important step in ensuring we reach as many people in need as possible and allow them to benefit from Taekwondo. On a personal level it is special for me as I studied here in Belgium and so I am pleased the THF can sign this MoU to celebrate friendship and universality. I hope that many refugees and displaced people will benefit from this partnership.”

“With the signing of this agreement, it is a strong signal that the City of Brussels is giving support to refugees through the practice of Taekwondo, but more generally also the values of Olympism and global citizenship. In concrete terms, we want to offer refugees and displaced persons opportunities and access to the practice of sport in Brussels and contribute to improving their quality of life.”

The MoU is the third that the THF has signed with European cities following similar agreements made with Paris and Rome. In Paris, over 100 refugees are currently benefiting from THF program in partnership with the city of Paris. 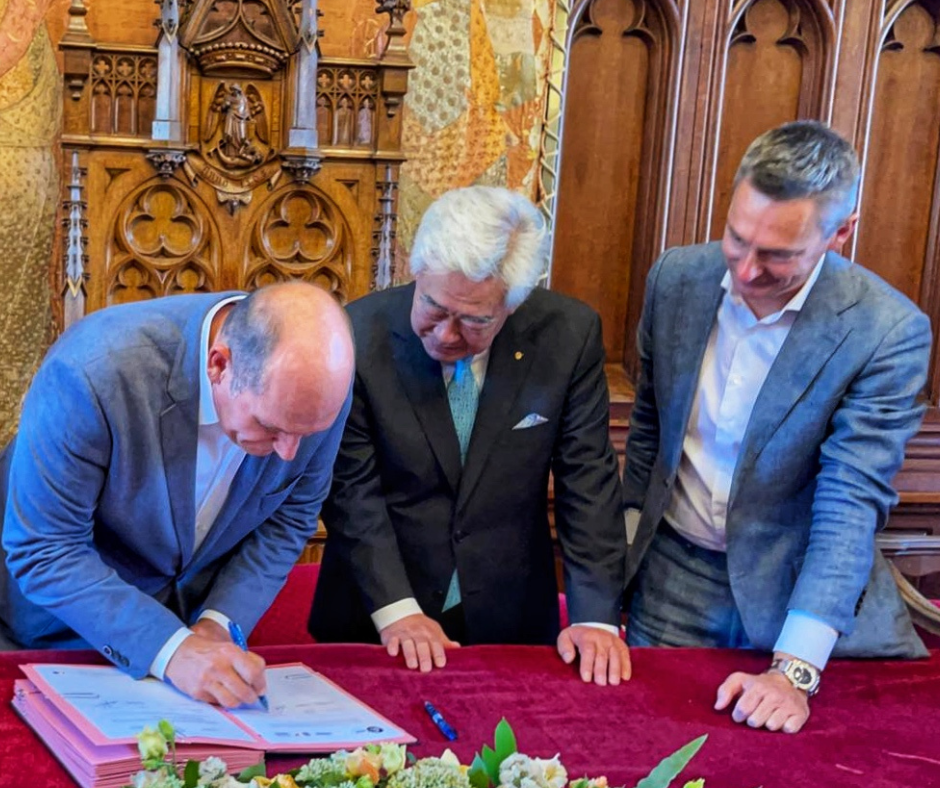 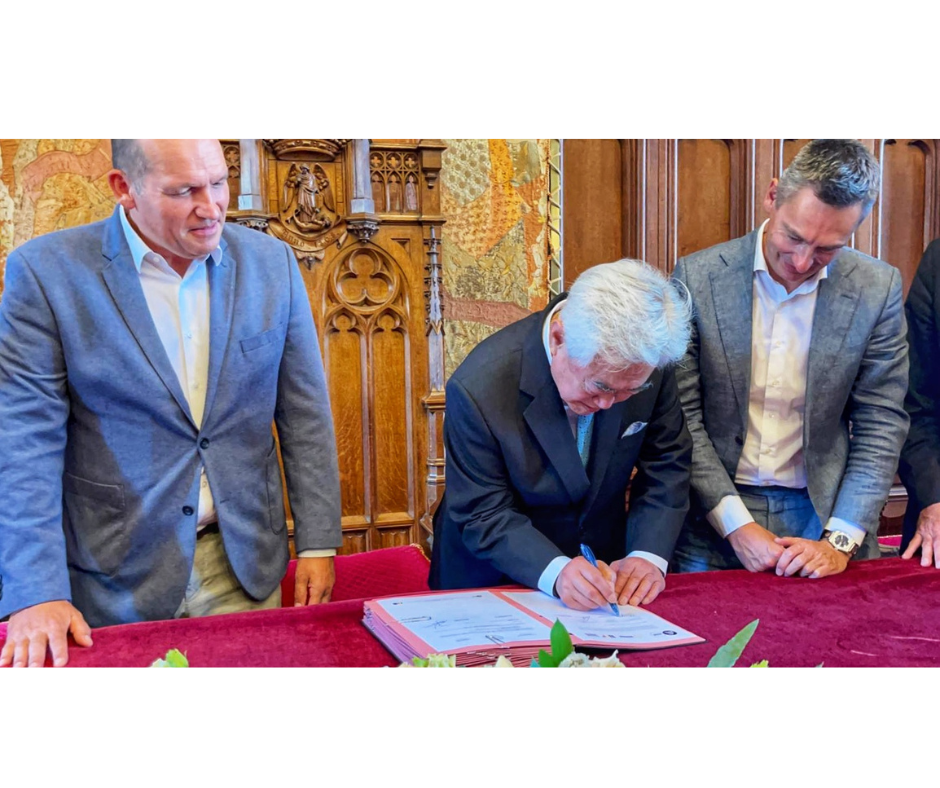 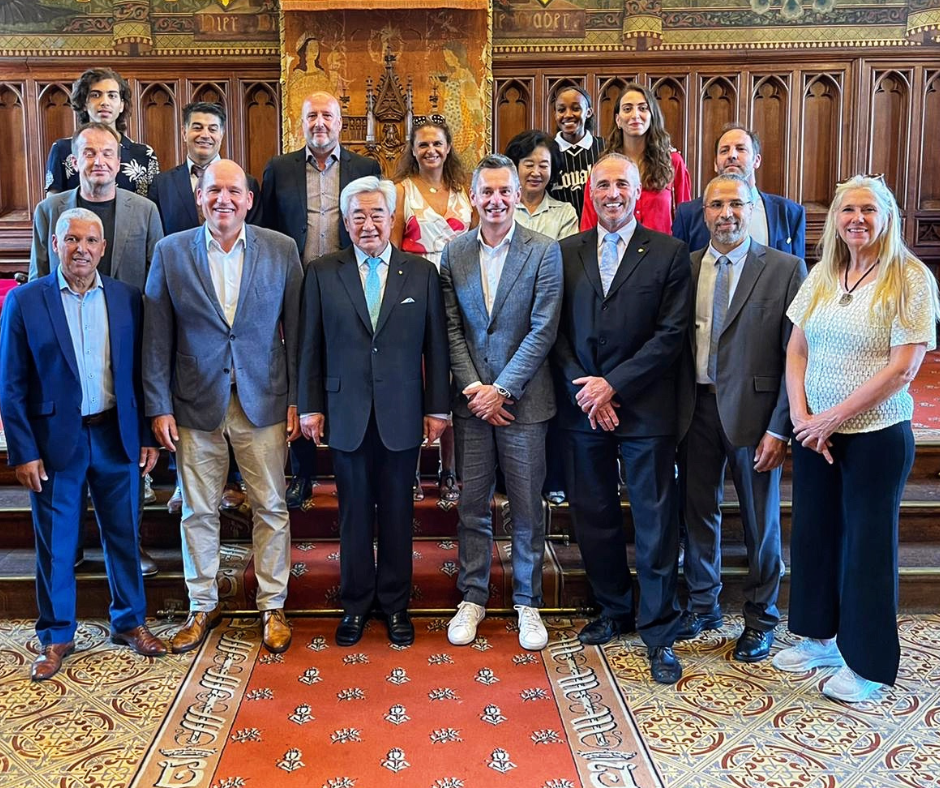