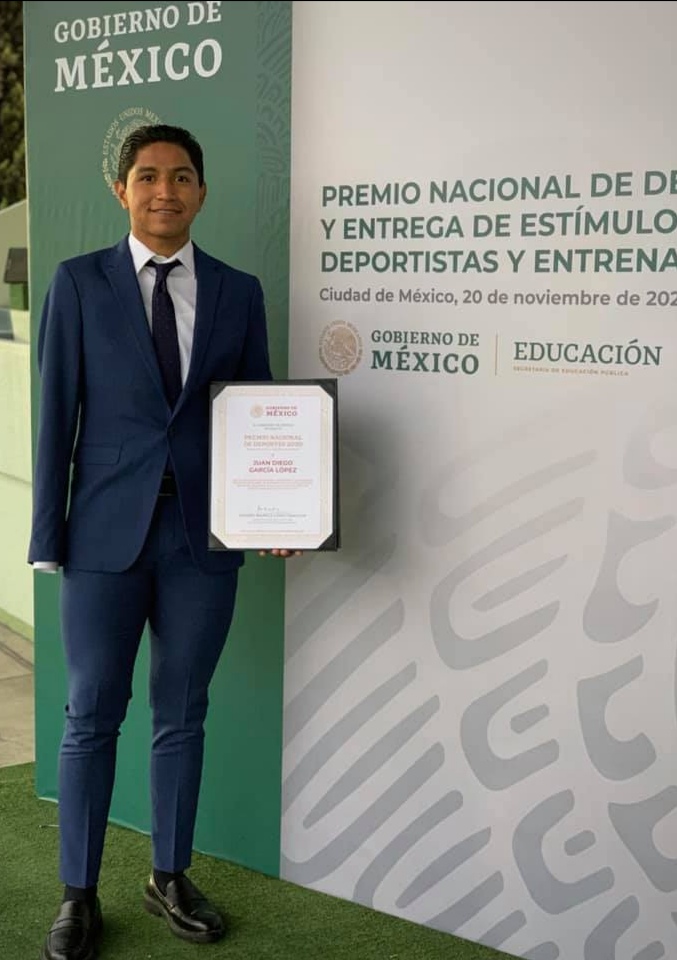 Each year since the inception of the awards in 1975, the Mexican National Sports Commission (CONADE) recognises Mexico’s best athletes in a glamorous ceremony hosted by the Mexican President.

Athletes are selected based on their yearly achievements, their career in sports, and their impact on society.

Diego Lopez became the first Para Taekwondo athlete recognised based on his dominant performance in 2019.

Perhaps the brightest among Para Taekwondo’s new wave of teenage stars, Garcia Lopez had one of the biggest years in Para Taekwondo history last year.

At 16, he started the year by winning his first world championship. He then won four more international titles, including gold at the inaugural Pan Am Games in Lima, Peru.

He nearly finished 2019 undefeated, before losing the European championship on a last second score.

The talented teen was already on the radar of top fighters after claiming the 2018 Pan American championship at 15 years old.

His impressive 2019 moved him from No. 5 to No. 2 in the rankings – enough to secure automatic qualification to next summer’s 202One Paralympic Games in Tokyo.

Winners received 796,000 pesos ($40,000 USD), a certificate signed by Mexica President Andrés Manuel López Obrador, and a medal made of gold.

With a world championship, Pan Am Games gold, and now Mexico’s most prestigious sporting award on his trophy mantle – all before he even turned 18 – Garcia Lopez has his sights set on even bigger prizes, including gold at Para Taekwondo’s Paralympic debut next summer.

Should he do just that, it will mark a changing of guard to Para Taekwondo’s new generation, as he will have to get past Iran’s Mehdi Pourrahnama, who has only been bested twice in the last decade.

Regardless, the future of Para Taekwondo looks bright in the hands of gifted fighters like Garcia Lopez.