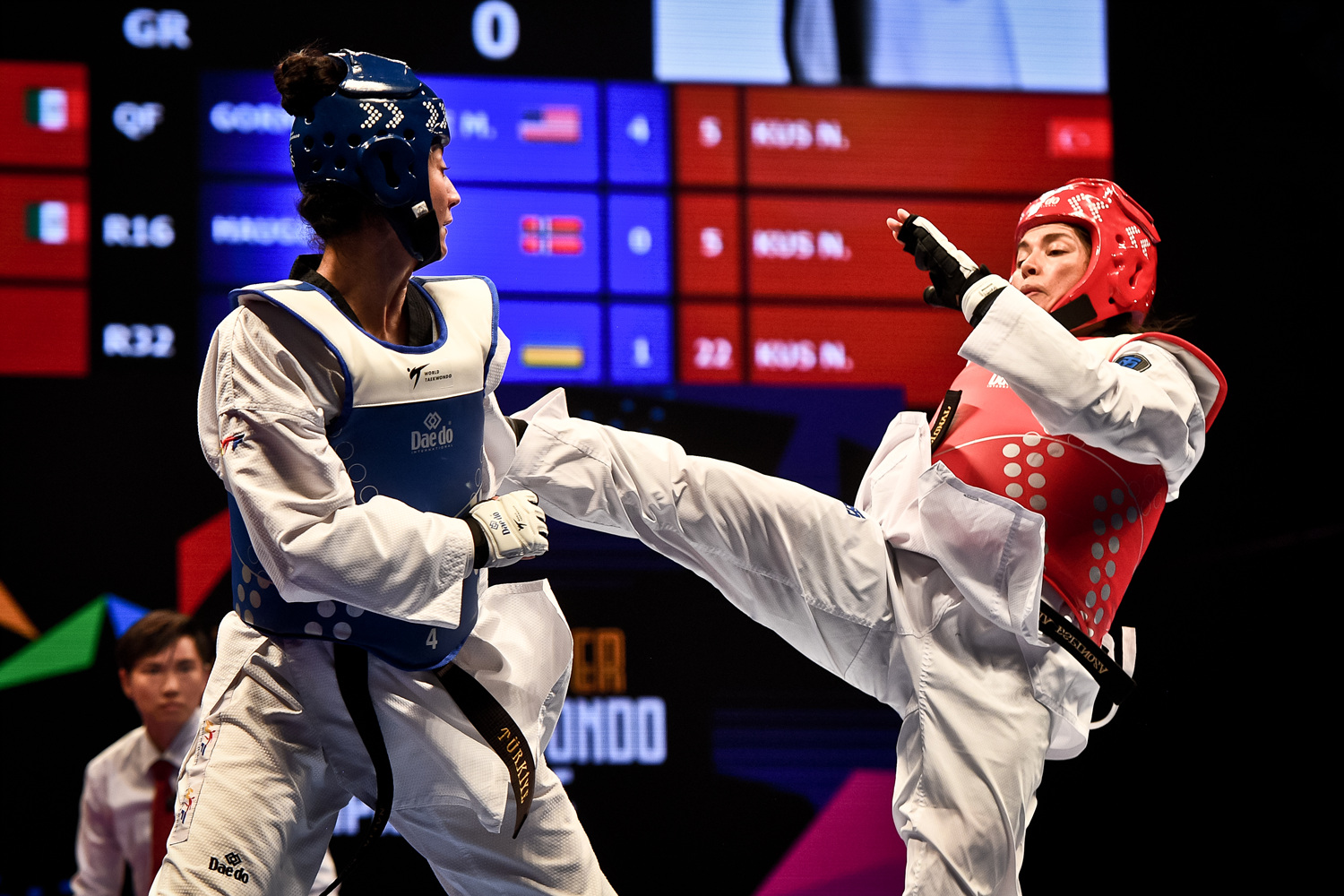 MANCHESTER, UK (May 15, 2019) - The Manchester 2019 World Taekwondo Championships got underway today with a spectacular opening ceremony and breath-taking semi-final matches which saw Iran, Korea and Mexico progress to tomorrow’s finals.

A record 927 athletes from 145 countries plus 1 refugee team are registered to compete at this year’s Championships making it the largest by numbers in the sport’s history. 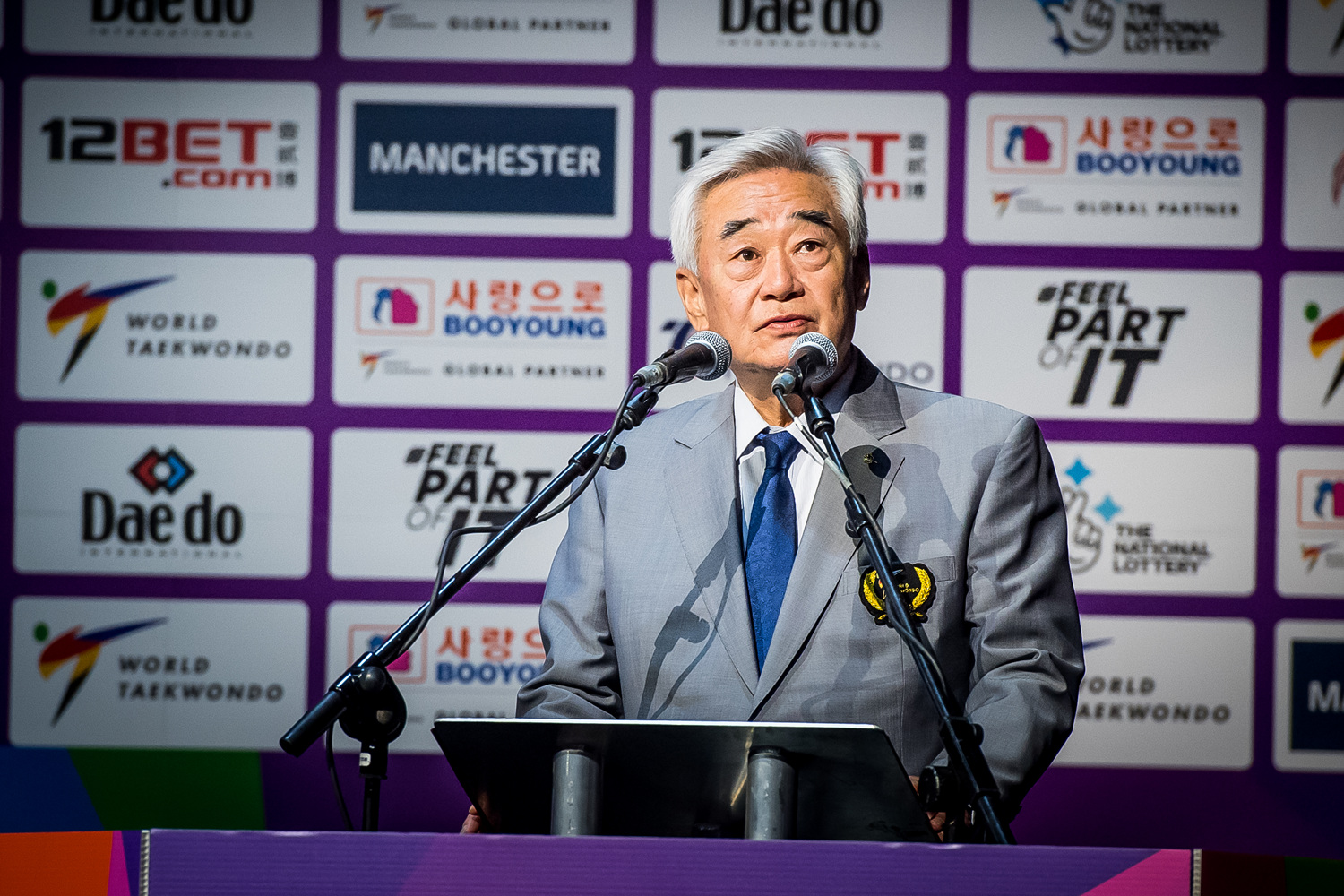 “It is a pleasure to be back in this great city. A city that truly loves taekwondo. And a city that will provide a fantastic atmosphere for our athletes over the next five days. There are 975 athletes registered which is a record number for a World Championships. Athletes from 150 countries plus one refugee team are in this arena – united by their love of taekwondo. For this is the beauty of our sport: it is universal.”

The semi-final matches followed the opening ceremony and saw athletes compete across the women’s -46kg and -73kg weight categories and the men’s -58kg. The semi-finals were broadcast live on the BBC and across the world. 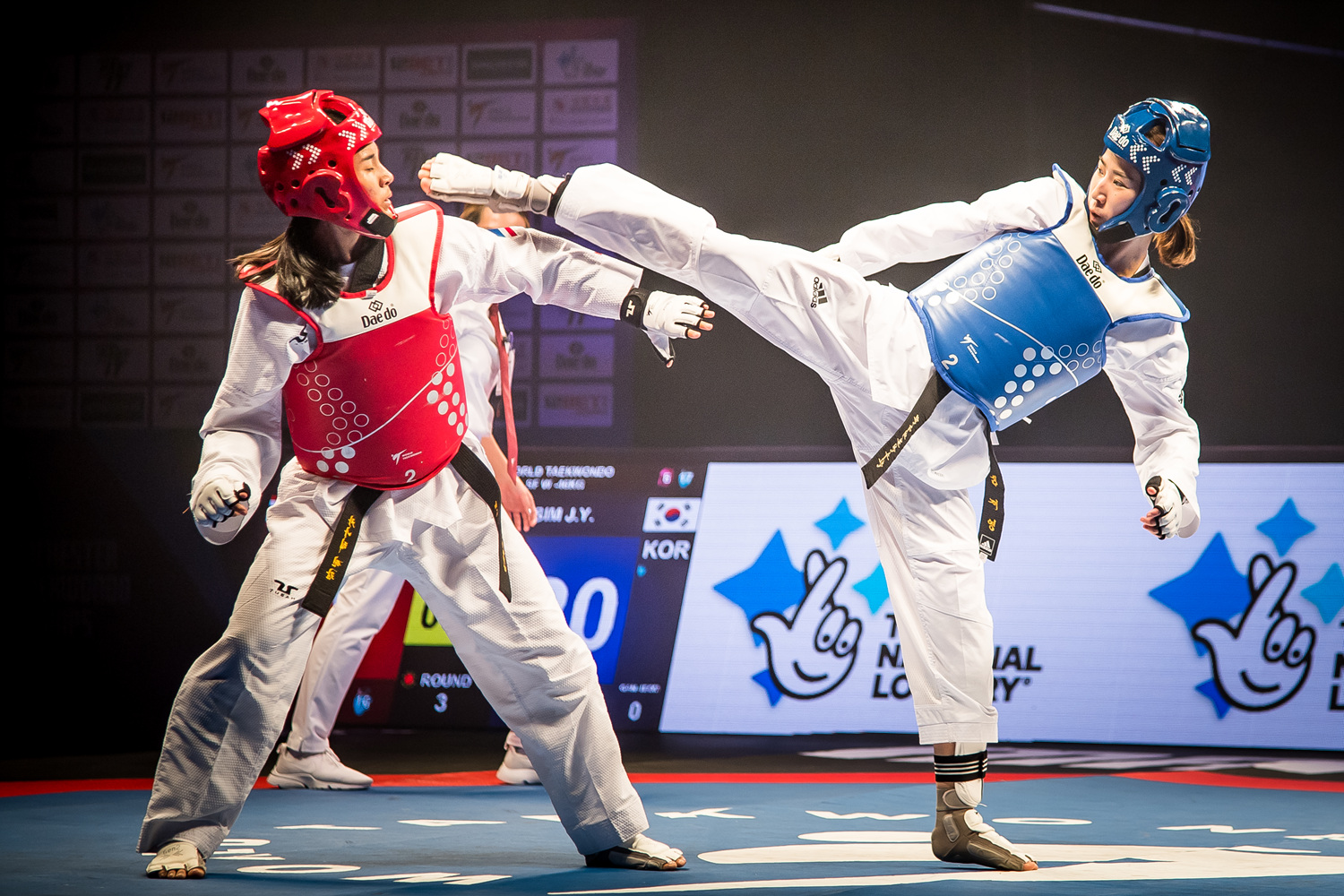 The second semi-final matched Korea’s Jae-young Sim against Thailand’s Julanan Khantikulanon. Sim took an early lead with a kick to the body. Khantikulanon threatened to return with a shot to the body but landed a surprise head shot to take a 3-2 lead. She followed up with a popping shot on the front leg to the body. Sim landed a back leg kick to the body just before the end of the first round.  A gam-jeon at the start of the second round took the score to 5-5. With 30 seconds to go Sim landed a body shot and a counter head shot to extend her lead to 13-7. Khantikulanon responded with a kick to the body but again, Sim immediately responded with a kick of her own and extended her lead to 18-9 at the end of the second round. In the final round a body shot and gam-jeon saw the score move to 20-10. Khantikulanon stole a body shot on the inside to close the gap to eight points. But Sim perfectly executed a head shot to take the score to 23-12 and finished with flourish to win the match 25-13.

The first of the men’s -58kg semi-finals Mexico’s Brandon Plaza Hernandez face Rui Braganca of Portugal. Hernandez started with his customary fast-paced style forcing Braganca to defend and hit on the counter. Braganca did exactly that landing a head shot over the shoulder to take a 3-0 lead. Hernandez executed a punch to close the gap and shortly after executed a kick to the body to bring the score to 3-3. In the second round a gam-jeon and back leg kick to the body took the score to 6-3 only for a head shot to level things up at 6-6. Following gam-jeons from both athletes and a back kick from Braganca the score finished 11-8 at the end of the second round. Hernandez started quickly in the final round. Gam-jeons for both athletes saw the score move to 12-9. Hernandez continued strongly and landed a head shot and knocked Braganca to the ground to take a 13-12 lead. A power shot from Braganca evened the score but in a frenetic last 10 seconds, Hernandez landed another head shot to win the match 16-13. 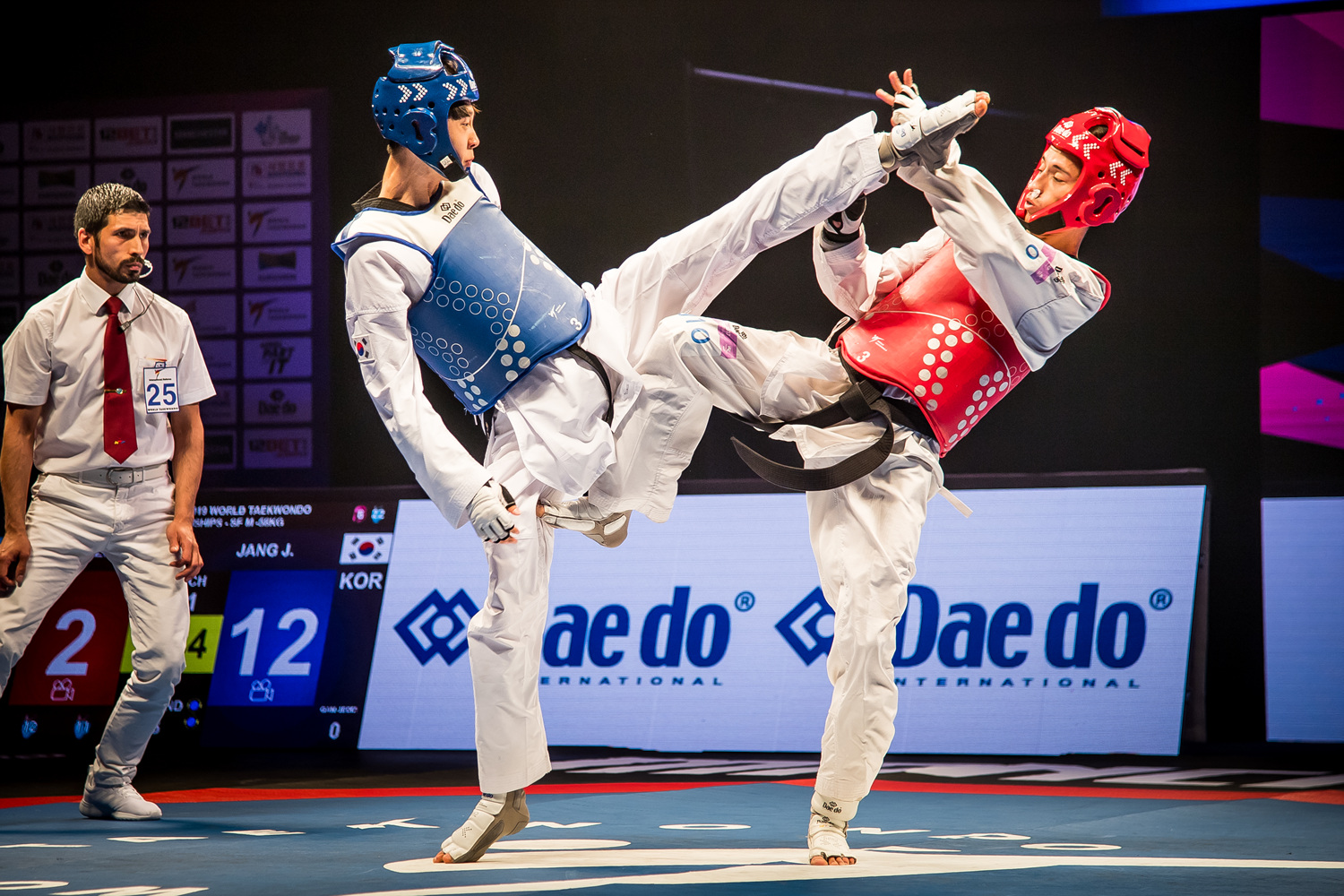 The second semi-final matched Korea’s Jun Jang with Argentina’s Lucas Guzman. Jang dominated the opening exchanges and a back kick around the corner gave Jang a 4-0 lead in the first round. However, persistence paid off for Guzman as he cut the lead to 4-2 with a kick to the body. Jang showed his class with a power punch followed by a number of kicks to the body and head to establish a 10-point lead going into the final round. In the final round Jang continued to showcase his mastery of distance control to keep Guzman at bay. Neither fighter was able to land any significant kicks and the match finished 14-3 to Jang.

In the women’s -73kg France’s Marie Paule Ble started strongly but it was Korea’s Da-bin Lee who secured the opening points with short kick on the inside. Ble forced a Gam-jeon before landing a punch to take the score to 2-2 at the end of the first round. In the second round, Lee landed another body kick but Ble responded with a punch. Trying a different approach Lee landed a punch of her own and the score finished 6-4 at the end of the second round. Ble continued as she left off with a punch at the start of the third, but a kick to the body restored Lee’s lead. Lee stepped up a gear in the final 30 seconds landing kicks to the body and a head shot to win the match 15-10. 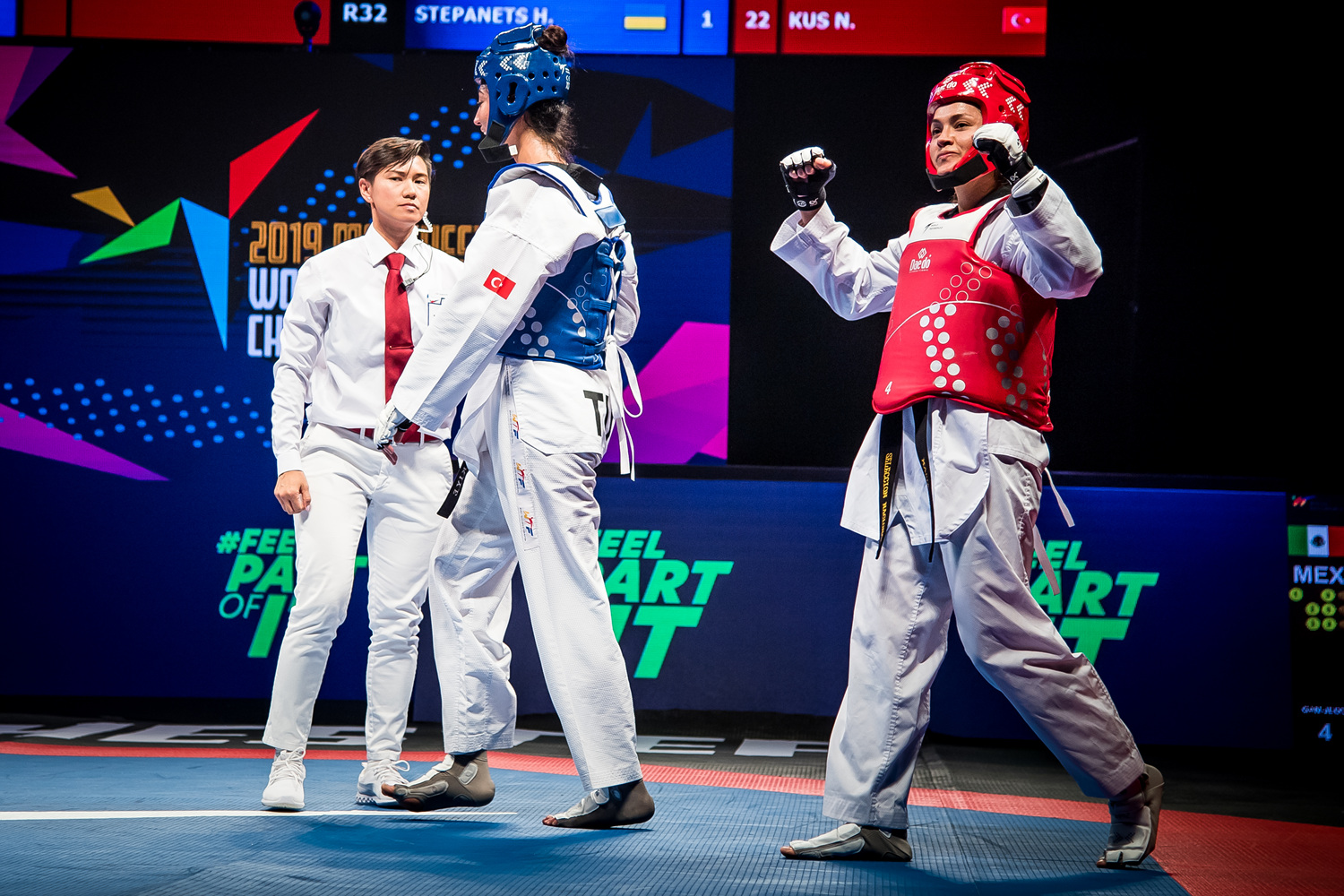 The last match of the night was between Turkey’s Nafia Kus and Mexico’s Maria Espinoza. A gam-jeon gave Kus an early lead. Espinoza landed a rarely successful double kick to take a 2-1 lead. Lack of intent to kick from Espinoza cost her a point at the start of the second round to even the scores, 2-2. Grabbing from Espinoza cost her another point and gave Kus a 3-2 lead without having had to land a kick. Espinoza attempted to land a back kick at the end of the second round but Kus saw it coming and defended it well. The start of the final round saw Espinoza give away a gam-jeon for the fourth time in the match to go down 4-2.  Espinoza landed a power punch to bring her to within one point of Kus and landed a counter punch to bring the score level and another to go 5-4 up. A gam-jeon at the very end of the match saw Espinoza win the match 6-4. 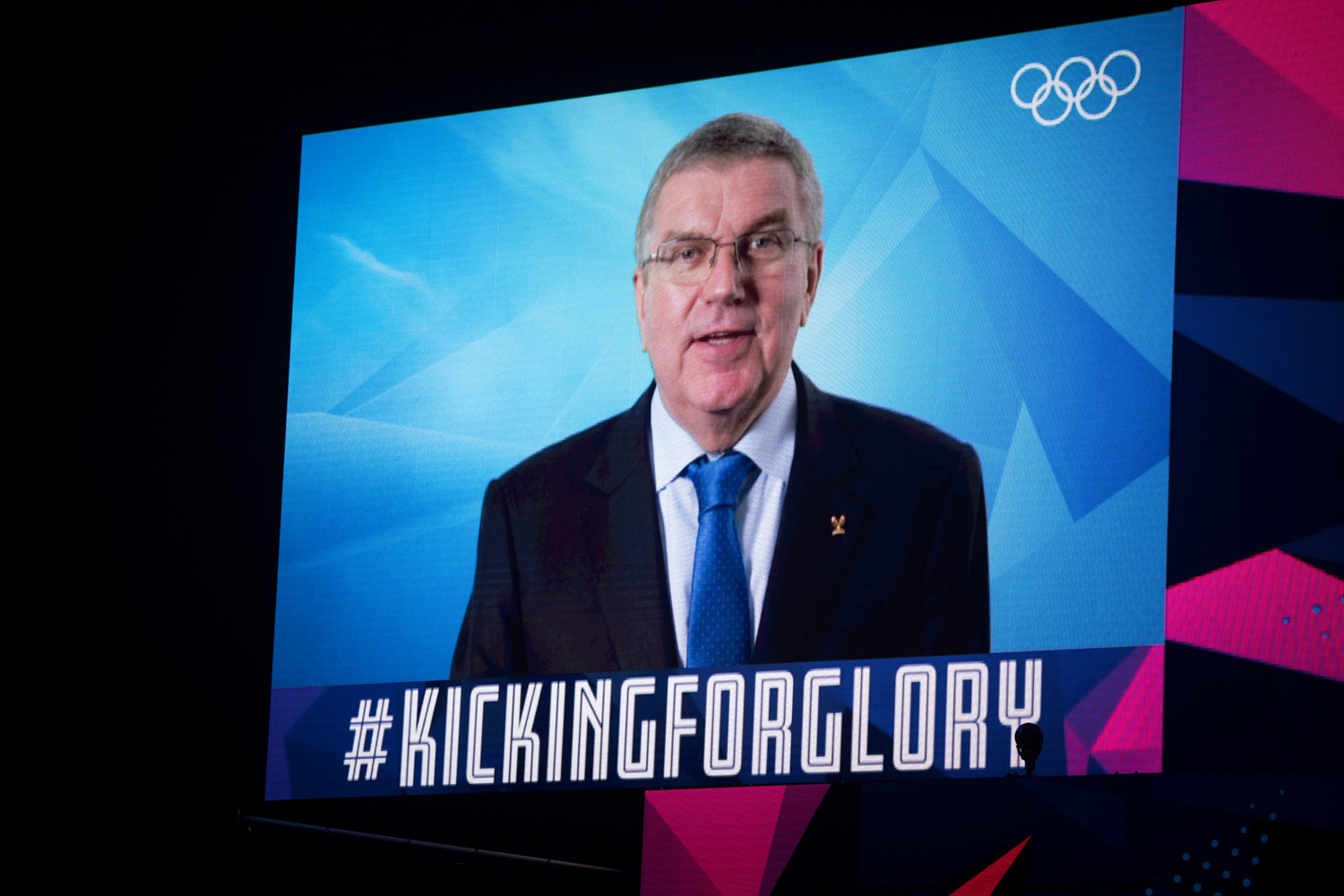 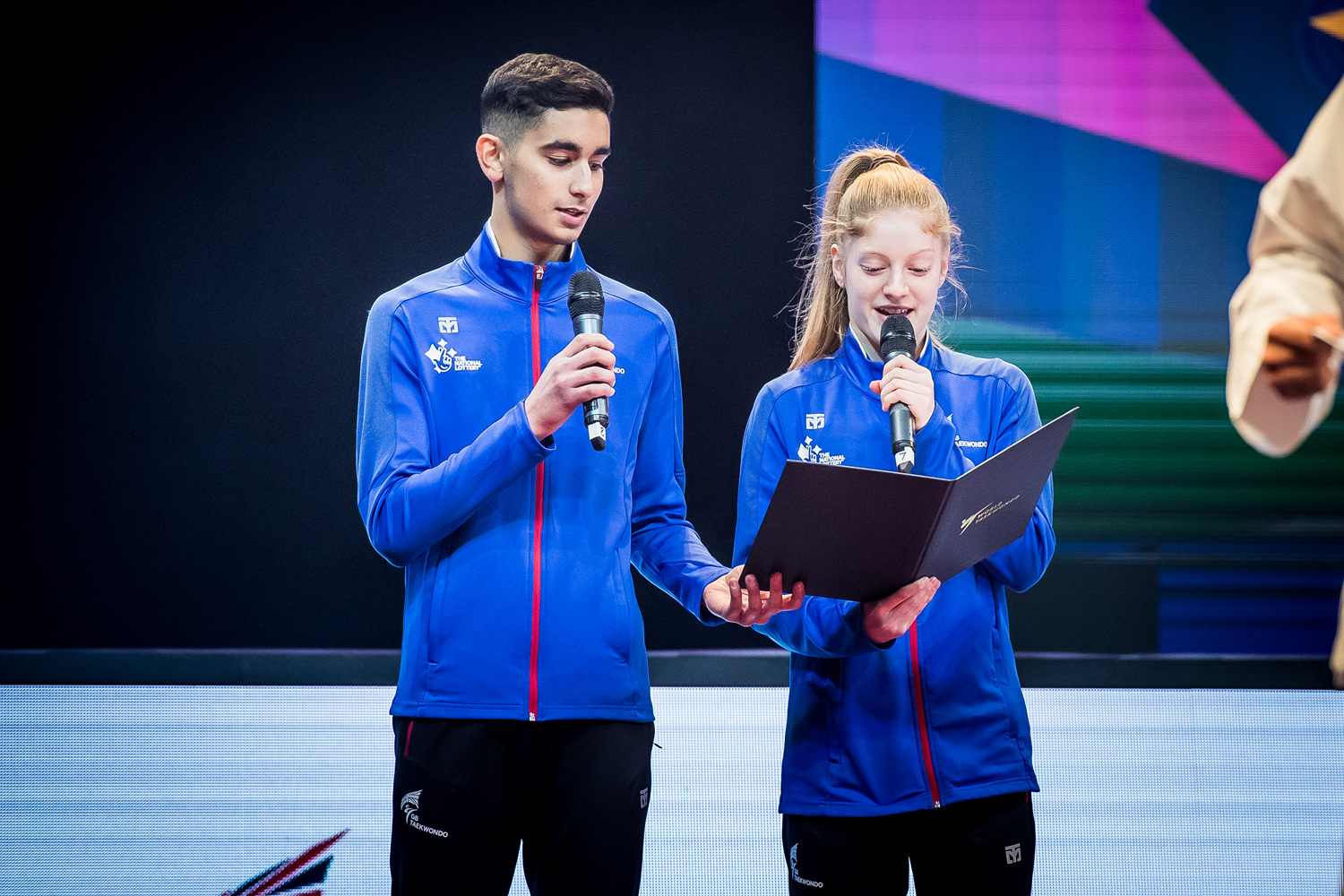 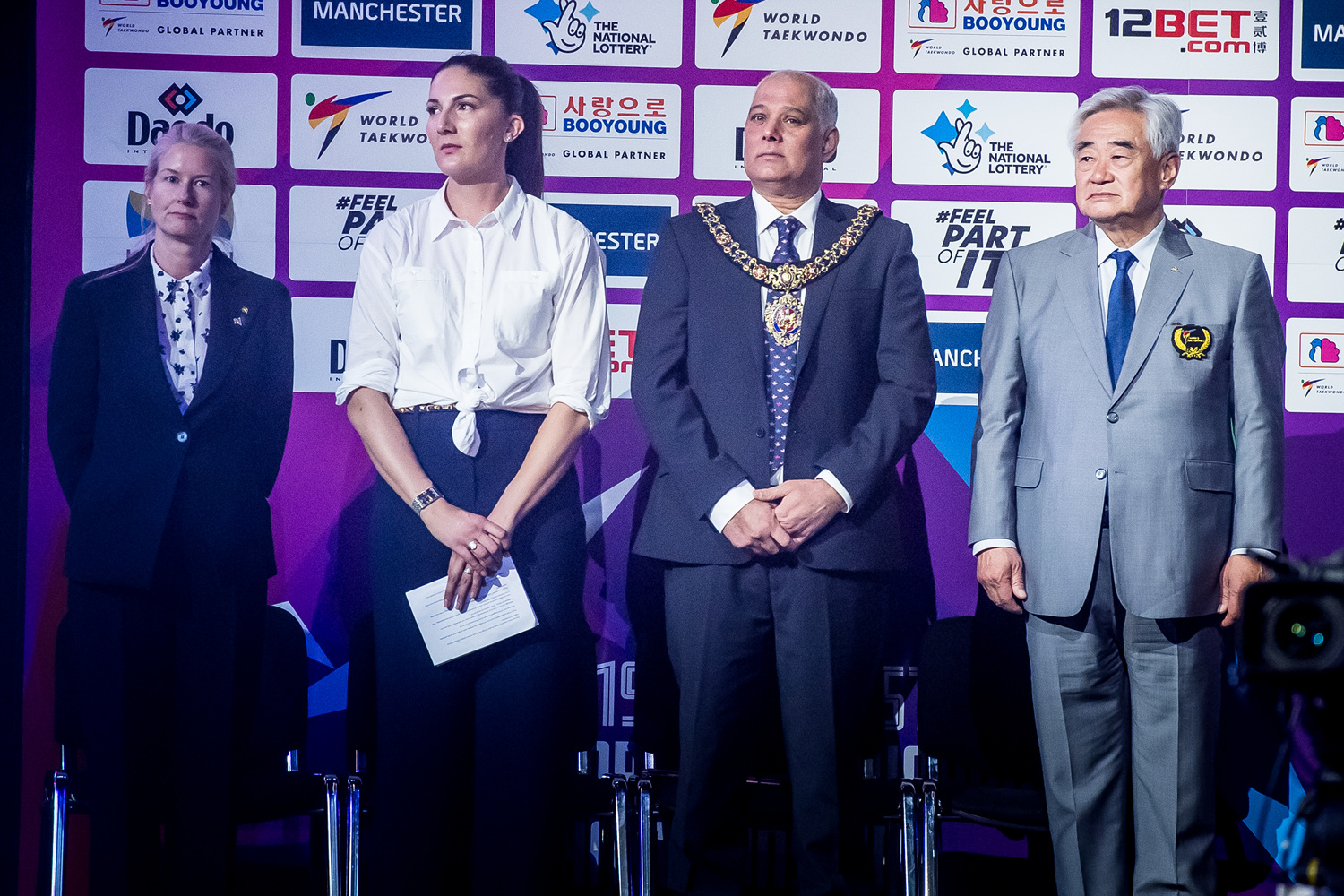 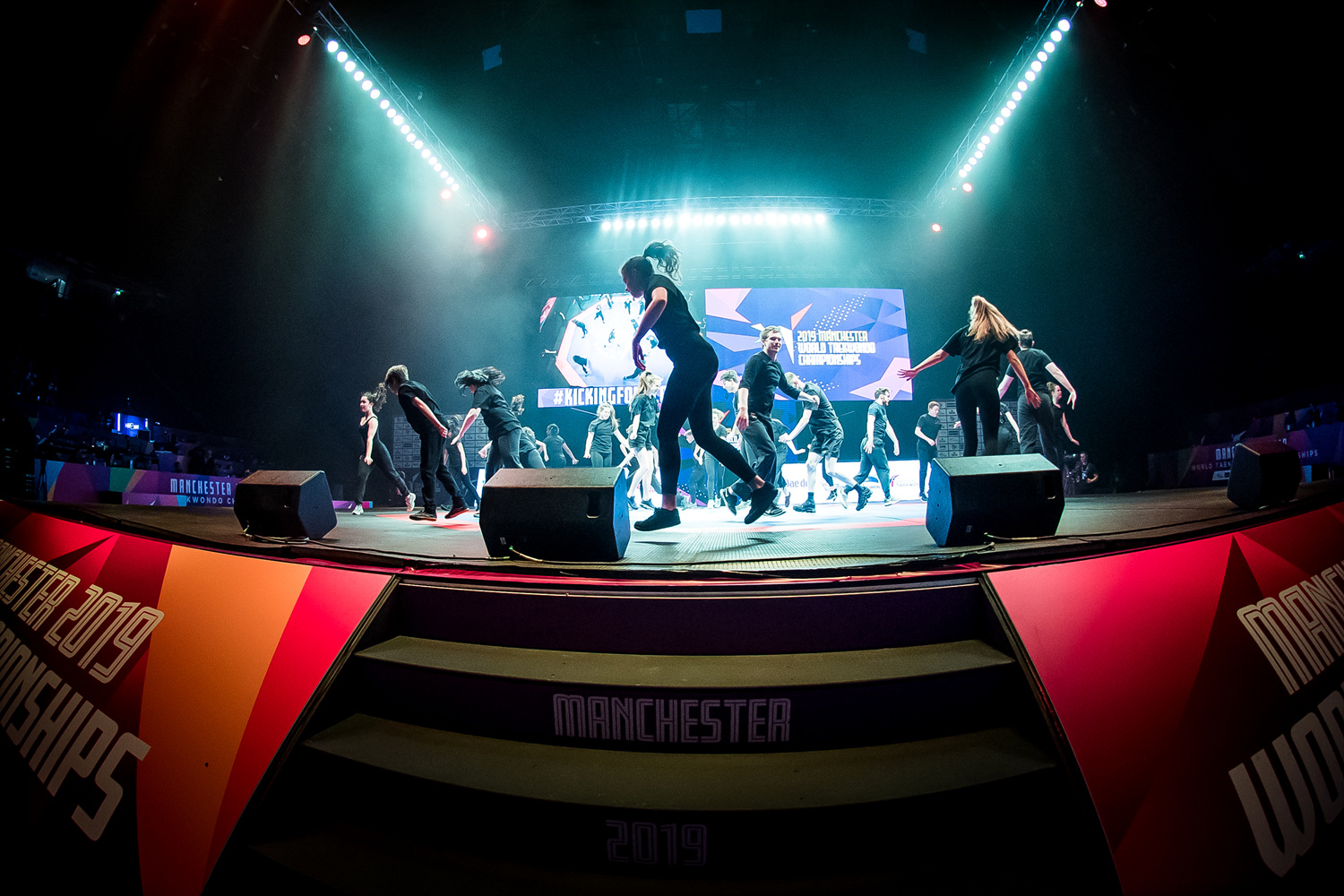