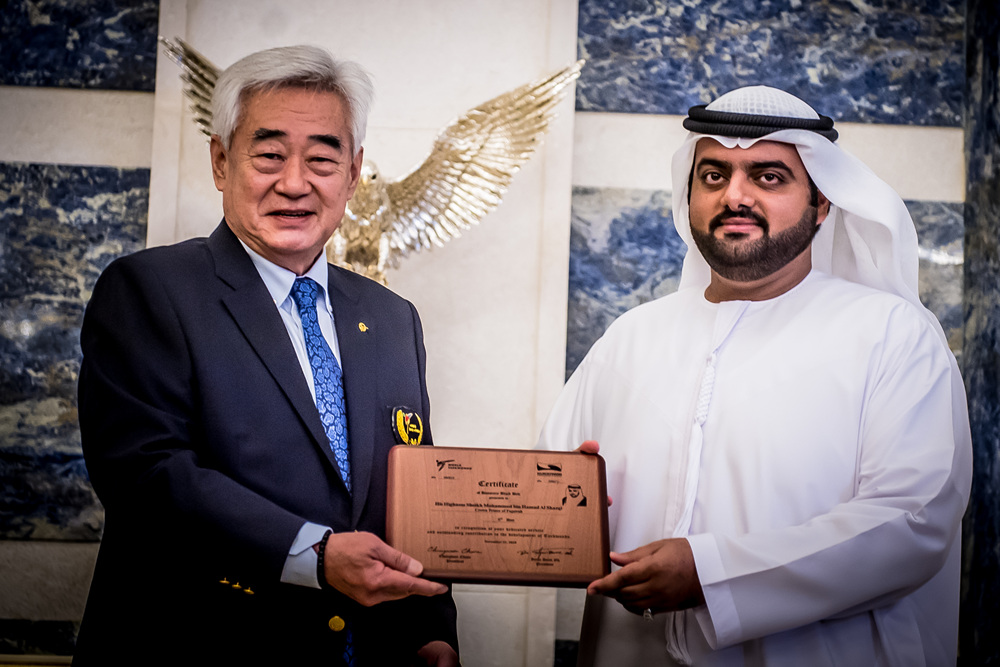 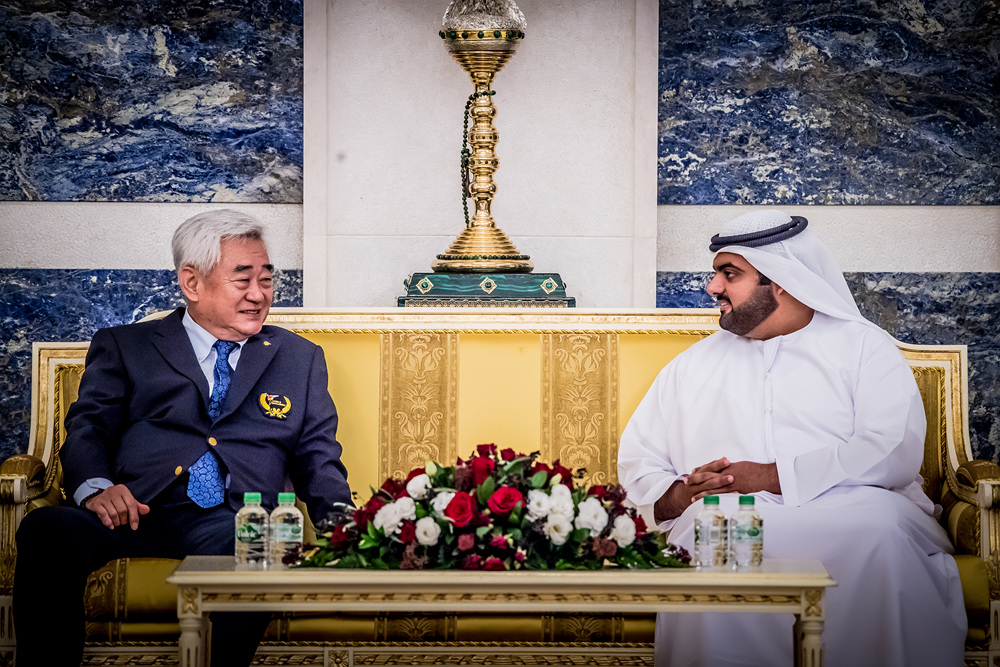 “Fujairah is doing a wonderful job,” Choue said at the ceremony. He personally thanked the Crown Prince for his efforts on behalf of the sport, which include not just this year’s trio of events, but also the G1-ranked Fujairah Open tournament.

In addition to the black belt plaque, Choue presented the royal with a copy of WT’s just-published 45th anniversary book.

The Grand-Prix Final kicks off for a two-day run at the Zayed Sports complex in Fujairah tomorrow. 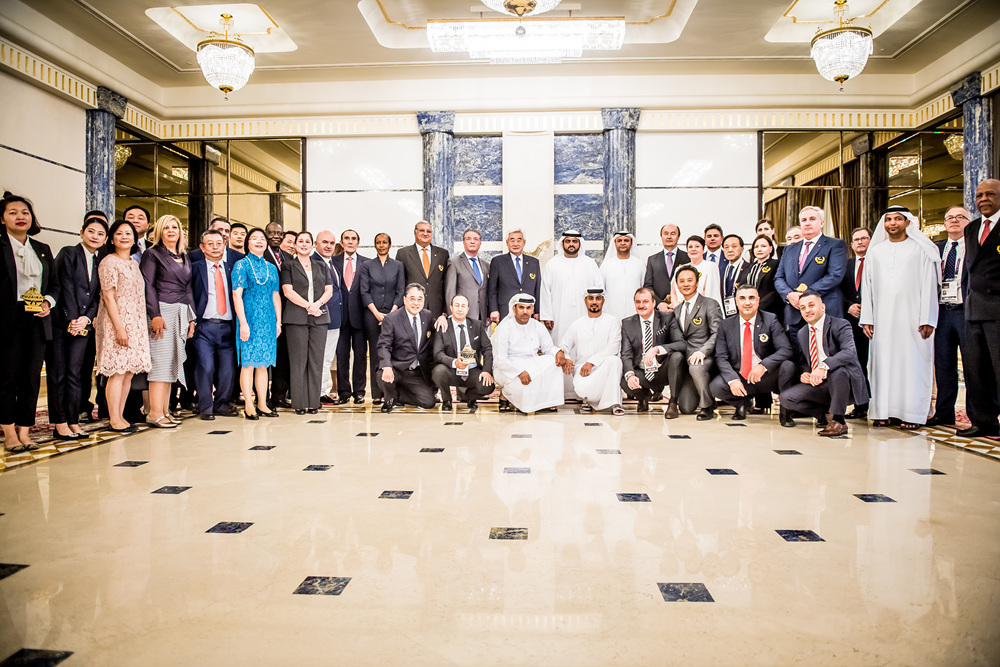