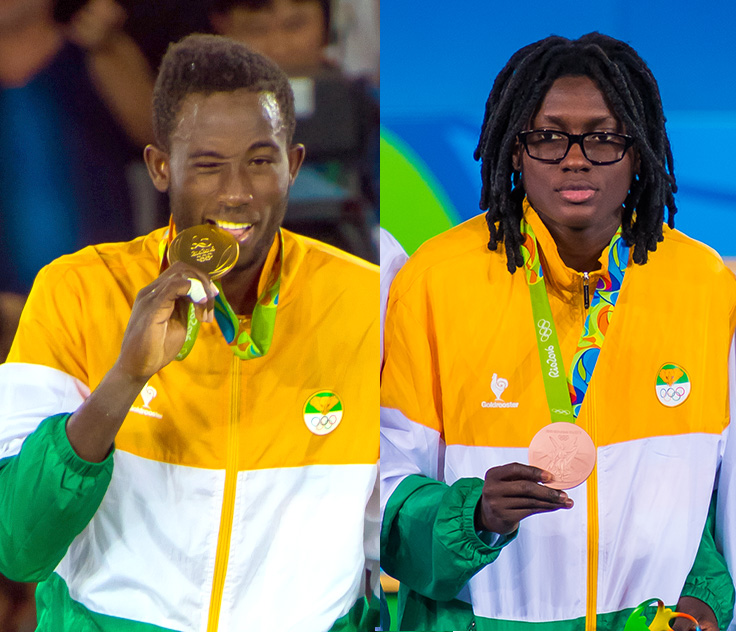 The gold won by Cisse – the first-ever Olympic gold won by Cote d’Ivoire – and the bronze won by Gbagbi helped put their nation on the Olympic map, and reinforced the morale of African taekwondo overall.  But their achievements since coming home may be even greater.

Cote d’Ivoire has suffered two civil wars since the millennium, and tensions persist between Christians and Muslims in the country.  One, activity that has, however, kept Cote d’Ivorians united has been taekwondo.

Defying political strife, taekwondo dojangs have remained in operation. Moreover, the Cote d’Ivorian National Team, representing both faiths, was attending the African Championships when conflict flared up in 2010. With no air transport available to the city of Abidjan, the team had to undertake a road odyssey together to get home. After the war, the team members and their families provided a national example of inter-faith friendship.

Since the Olympics, taekwondo’s role as a force for social cohesion has been reinforced further.

The two Olympians are both from disadvantaged backgrounds, but while Cisse is a Muslim, Gbagbi is a Christian. Their differing religions but shared achievements have led to reconciliatory moves. The pair have been featured in national broadcasting, where they have called for courage and perseverance, and have spoken out against crime. They have been received by both Christian and Muslim clergy.

Moreover, the wife of current President Alasanne Ouattara, a Muslim, has accompanied Gbagbi to the village of deposed President Laurent Gbagbo, a Christian. The pair travelled with minimal security and were received with a festive recepion.

As a result of their Olympic and post-Olympic efforts, Cisse and Gbagbi have been held up as icons for youth, and awarded cash prizes and villas by President Outtara.