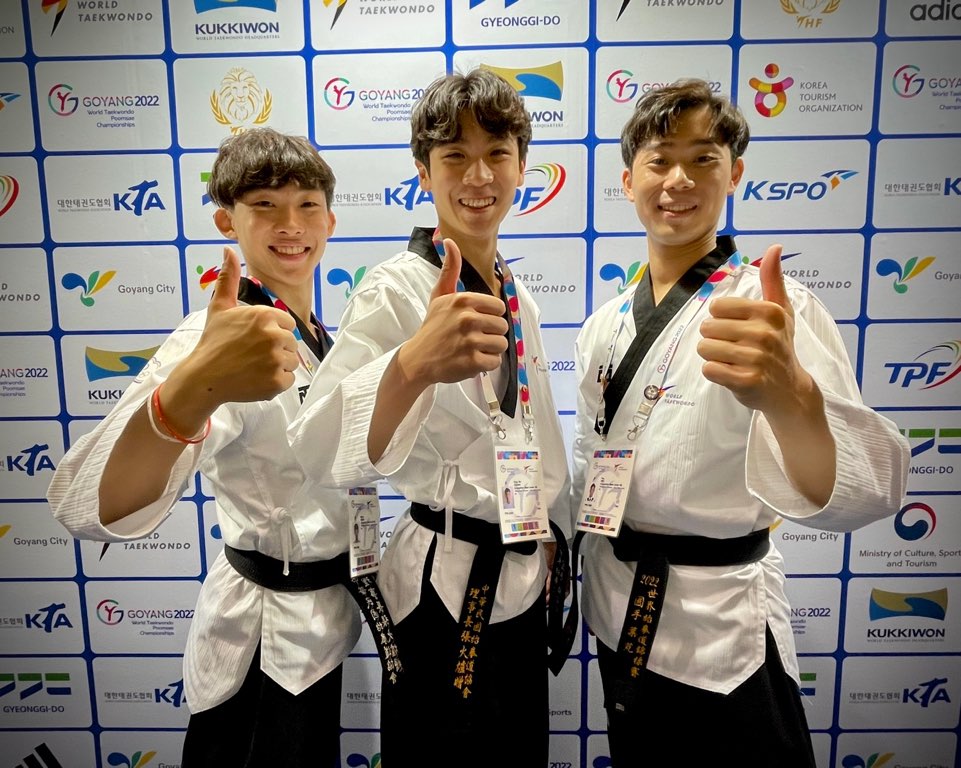 In the Under 30 Team Male, three students discover it’s all for one, one for all

GOYANG, Korea (Apr 22, 2022) – For Chenbo Chang, Poh Yeh and Muen Chiou, the three members of Chinese Taipei Under 30 Male Team for recognized Poomsae, unity was the ingredient that delivered gold.

“All of us are individuals, we have different styles, but as a team, we needed to get rid of some of our specialties,” said Chiou, 23. “We spent a lot of time developing the chemistry.”

While all are – obviously – elite Poomsae players, the central issue for the team was coordination: Moving as a single well-oiled machine, rather than three individuals.

“How to perform as a team, but at the same time, not lose your specialties, is very important,” said Yeh, 25.

The three teamed up at short notice: The national tryouts were held in March, meaning they only had a month and a half to find that chemistry before heading to Goyang.

“We needed to adjust our own movements - for example the angles, the time differences, and the height of kicking,” Chiou said. “Those are most important.”

Unlike the roadwork, body conditioning and pad-kicking drills that are the bread and butter of the Kyorugi athlete, the three spent their time working on strength training for power, and multiple Poomsae for precision.

“We’d practice a Poomsae - Koryo Poomsae, say – then take a brief stop, then do another Koryo,” said Chang, 20.

One thing that was central to their success was that three are all based at the same location: they are students.

“We are a democracy – we are just like friends” said Yeh, the oldest of the three. “If we run into problems we just communicate.”

“It was unbelievable!” said Chiou. “We beat Team Korea - in Korea!”

The trio’s next major battle will also be on Korean soil.

“Next, we are going to attend the Asian Championships in Chuncheon, Korea, in June,” said Chang.

Book your tickets to Chuncheon now if you want to see the three lads from Chinese Taipei at the top of their game – because after that, the team will be no more. The three members go their own separate ways in their studies later this year.

Still, a world championship win in their very first competition is a stunning achievement for a team that has existed for less than two months.

While Yeh thanks God for the win in Goyang, Chang is more prosaic.

“I just want to thank my teammates for all their hard work,” he said. 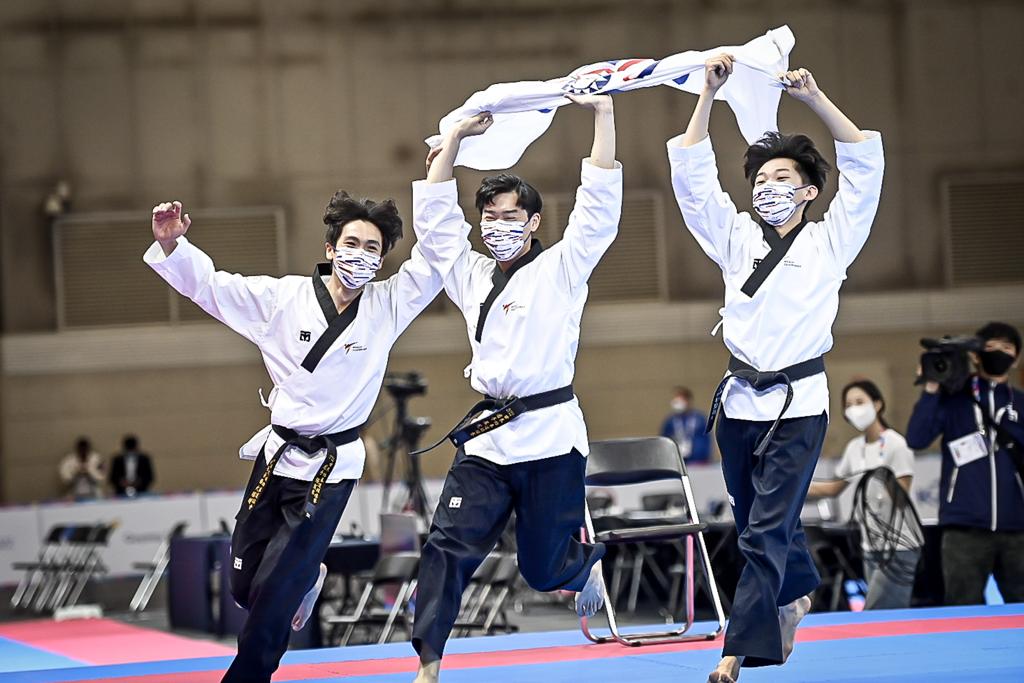 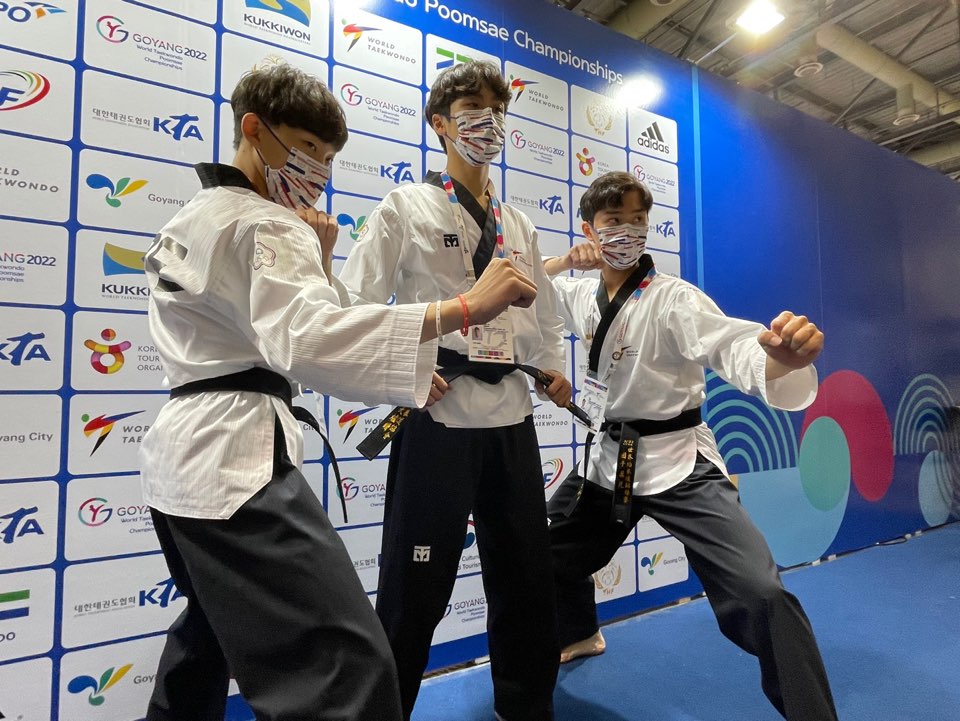 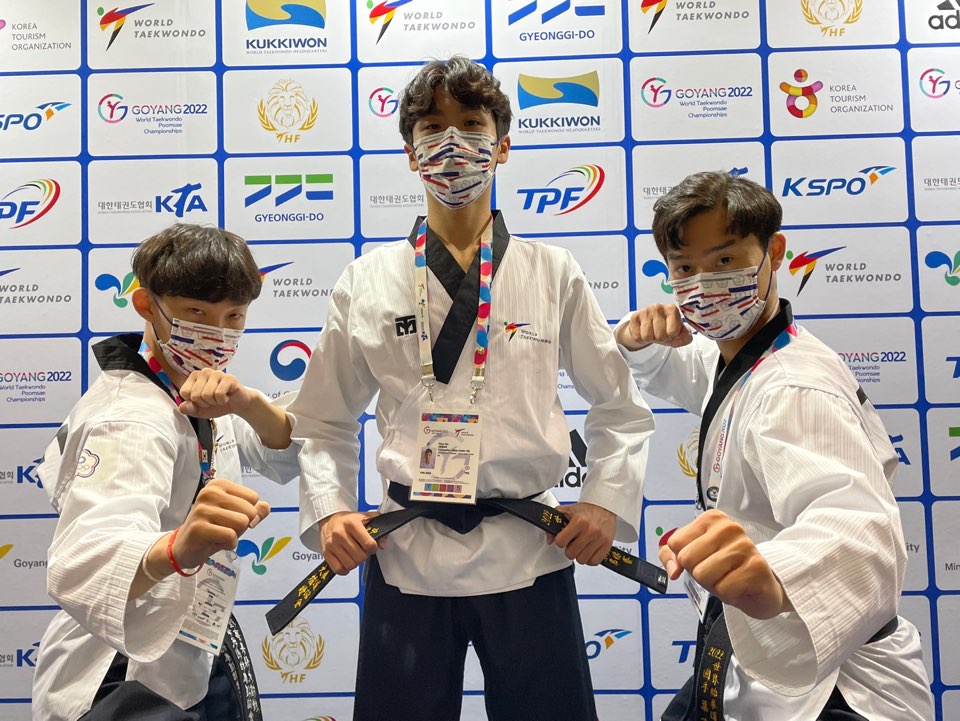 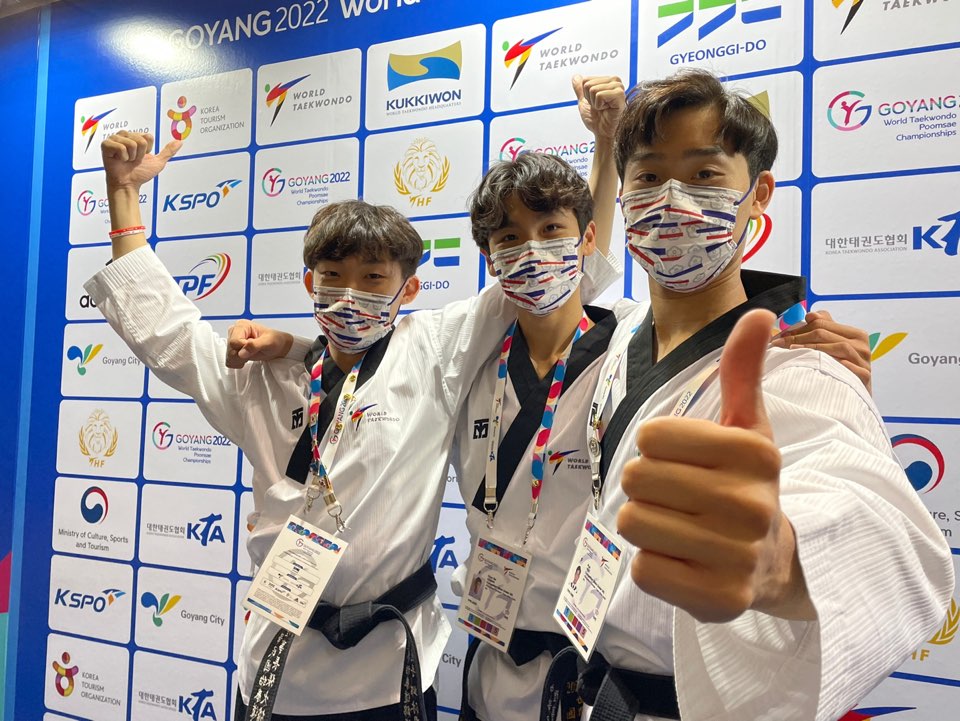