top
ATHLETESNews
Skylar and Jae Park: A Daughter, a Dad and a Delayed Olympics

SEOUL, Korea (February 5, 2021) - This taekwondo family continued their training throughout the pandemic - but suffered a hammer blow to the family business.

For qualified Canadian Olympian Skylar Park, the news that Tokyo 2020 was being officially postponed came almost as a relief.

“Canada was the first country that said it would not send a team,” she said, referencing a governmental decision made early in the pandemic crisis. “I thought I would have to watch it from home, it was heartbreaking – I’d just never imagined.”

“The gut wrenching part was that Canada would not participate, it that felt like somebody had kicked me in the stomach,” added her father and coach, Jae Park. “I tried to put on a good face, but I have never felt those emotions before.”

Just days later, the IOC announced that the Games would be postponed for a year. Canadians heaved a sigh of relief as they were joined by the rest of the world in delaying their Olympic journey.

Even so, for the 21-year-old fighter, that meant a big switch in preparation and the challenge of having to re-peak a year down the road. “It was a change in mindset – from a few months to a year,” Skylar said. “After speaking with my dad and coach, we were able to see it as an opportunity.” 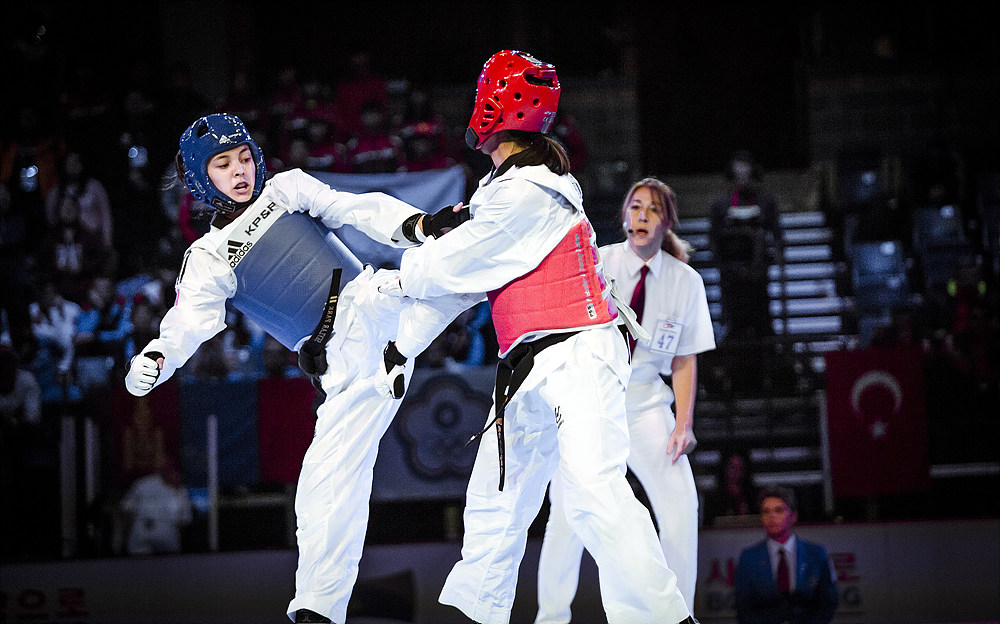 That chance to catch her breath was especially welcome for a fighter who has been on a whirlwind journey since winning the World Junior Championships on home turf in Burnaby, Canada, in 2016. Pitched into the senior division, she has mastered the transition, medaling at three Grand Prix, two President Cups and multiple Opens.

‘It’s been a crazy whirlwind since Burnaby – crazy!” Skylar said. “The competitions, pre-COVID, were non-stop.”

“It was not training, it was getting ready for the next competition, so it is nice to have such a long period of time to focus on the things I had to,” she said. “Being a younger athlete I have lots of room to grow, so the chance to work on my weaknesses has been really, really good.”

Her technical approach has necessarily changed from the clean and clear techniques of the traditional martial art she grew up with to the highly technical, point-scoring kicks, tactics and tricks of the Olympic-level elite. “Over the past four years I have been adapting to the kicks, and to using the knees in different ways,” Skylar said.

She has also had to apply a new headset. “The mental game has been really big in the last few years,” she said. “The tactical aspect - the mental toughness of the game.”

While lockdowns have cooped up hundreds of thousands of athletes across the world, Skylar has a full, en-suite training system outside her bedroom door: Not only does she live with dad/coach, but the Parks maintain a fully equipped basement dojang at home.

She even has two sparring partners on tap.

“For the whole of Corona, I have been training with dad and my two brothers,” she said.  “I was able to kick them around when they were younger but they have gotten stronger - now I am being kicked around!”

But cooped up due to lockdowns, doesn’t this 24/7 taekwondo lifestyle become a drag?

“Throughout my whole life, it has been family and taekwondo, so it is not much different,” she said. “We do get on each other’s nerves, but this has pretty much been basically our entire lives.” 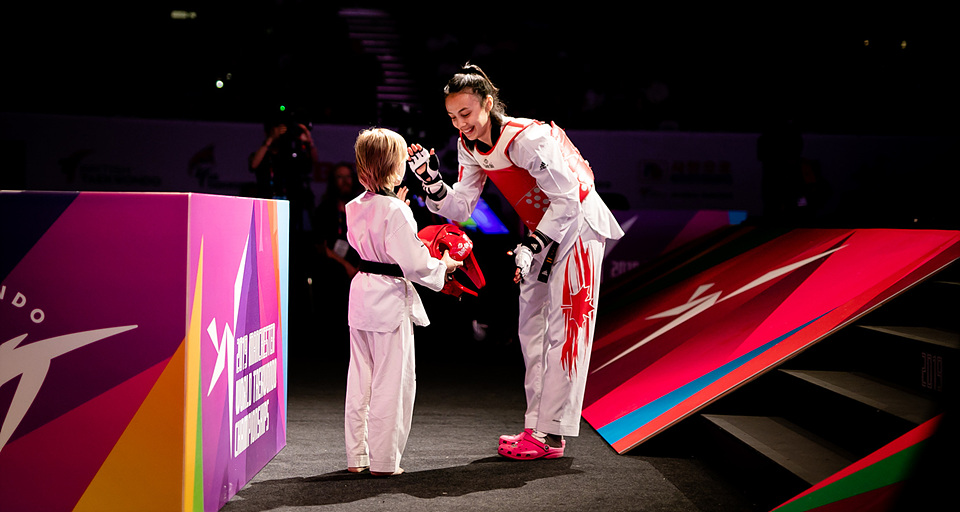 While Skylar is focused on sportive excellence, her coach has a wider spectrum of problems to deal with. COVID-19 has been calamitous for gym owners around the world, and teaching taekwondo is the Park family’s business and income source.

“It has been quite tough,” Jae said. “When Corona started in mid-February, we were shut down for three months; summer was better, but now we are in lockdown again.”

Early in the crisis, the school pivoted swiftly to online classes and retained its student base, “but nobody was signing on.”

The fact that the Parks have been able to keep their heads above water is due to the solid heritage of their Winnipeg-based dojang.

The Tae Ryong Park Taekwondo and Hapkido Academy was established in 1993 by Jae and his father, Grand Master Deuk H. Park; the two have almost 100 years of experience in the martial arts. The dojang has been widely featured in media and even appeared in a martial arts documentary hosted by Hollywood heroes Arnold Schwarzenegger and Chuck Norris.

“We are lucky, we do have a very established business,” Jae said. “This is hurting us financially, but we are not in any danger of closing; I think all the hard work we put in for years and years and years has been really important to get through these times.”

Jae, like many taekwondo coaches, has been learning the lessons that he himself teaches.

“It may sound like a cliché, but persistence and confidence and a positive attitude is needed more than ever,” he said. “What you learn through taekwondo helps make you physically and mentally and emotionally stronger.” 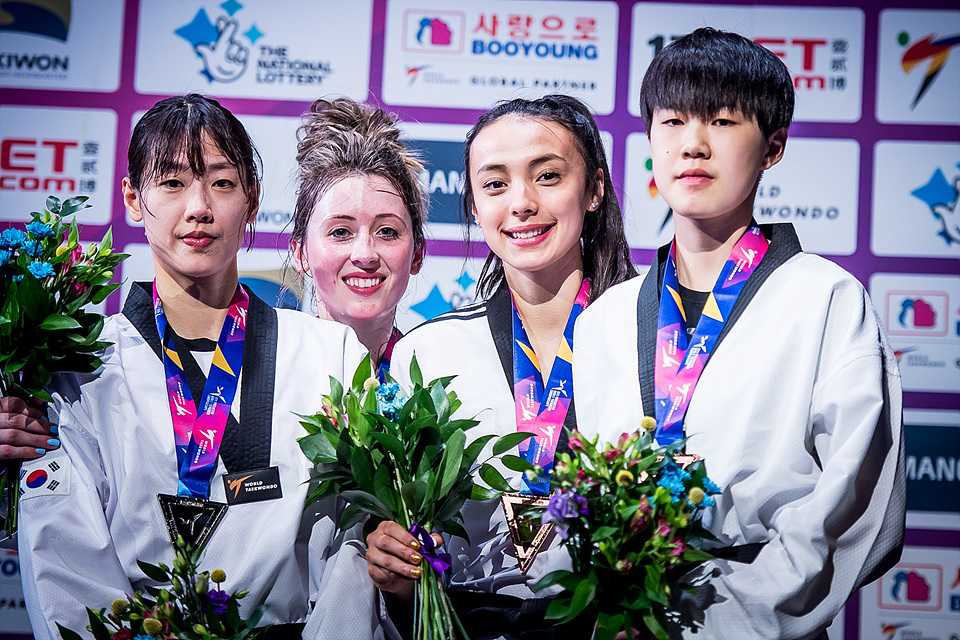 With humans physically and socially distanced from one another, taekwondo has provided a different form of stress relief - the camaraderie of the global taekwondo network the Parks have been synchronized with since 2016.

“Almost every Friday, I get on a Zoom call with the international coaches that I have met through the sport,” Jae said. “We get together on Zoom and talk about everything - that helps relieve stress, that’s been a Godsend.”

The eyes of both dad and daughter are firmly fixed on Tokyo’s competition mats and medal podium. But it is the wider environment – the warm-up area, the spectator stands, the hotel lobbies – that will offer the world taekwondo family the chance to physically re-connect.

“A lot of times, we take for granted what we have – being able to converse with someone, giving someone a hug - this human interaction,” Jae mused. “Right now, I’d just love to shake everyone’s hand.”