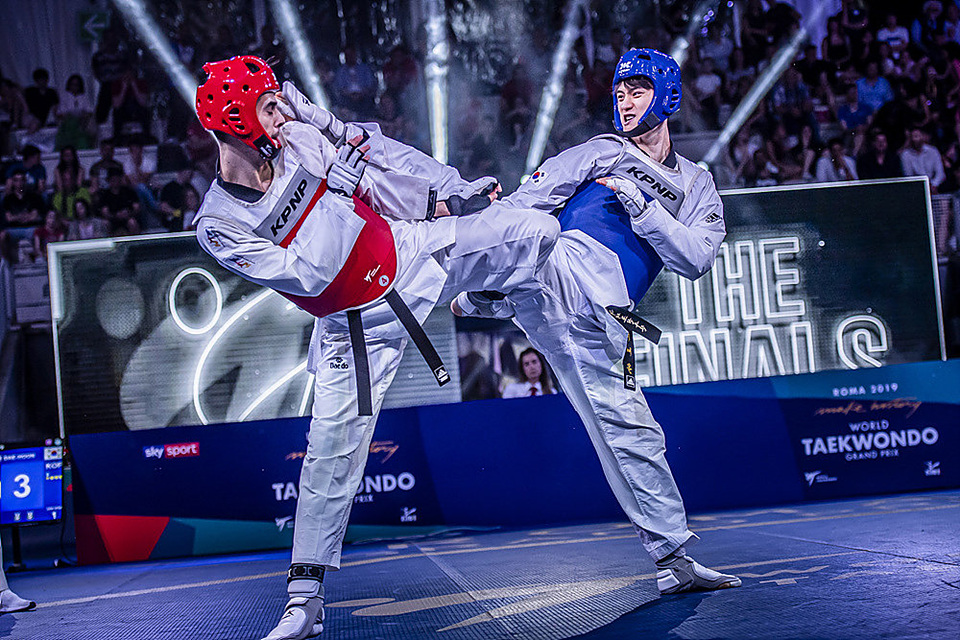 SEOUL, Korea (January 18, 2021) - If Dae-hoon Lee decided to open a bank he would not need investors: His personal bullion chest is bursting at the seams.

Among many, many other awards, it contains three World Championship golds, three Asian Games golds, and eleven Grand Prix golds. But there is one gaping hole in this very impressive haul: No Olympic gold.

Coming from the most respected male player in the game, that is a serious statement of intent. But even the preci­sion-engineered fighting machine that is Dae-hoon Lee ad­mits to nerves. “I am afraid that I will not be able to fight my best at the Olympics – it’s the Olympic jinx!” Lee said.

And with the pandemic having killed the competitive circuit in 2020, he has been unable to see his rivals’ form.

“This year, athletes could have changed their techniques and improved their skills,” Lee said. “I have not seen them for a year as they have not been fighting, so I am kind of nervous.”

Nervous maybe, but Lee is fortunate to hail from, live and train in Korea – which has (at least, up to time of writing) con­tained COVID-19 without any lockdowns. That means - even though he has not been able to do the kind of team training he might have expected to be doing - Lee has never been confined indoors at home.

In fact, throughout 2020, he has been able to work out with his home team in the city of Daejeon. “I have been train­ing with seven people, I never trained alone - we live togeth­er and my coach also lives in Daejeon.”

There were fears around the game that once Lee had married and had a child – his son, Ye-chan, is 24 months old - Lee’s form would deteriorate and he would drop out of top-level taekwondo. That did not happen.

“I also thought that athletes who are parents go down,” he said. “I want to prove that this is not true.”

Lee is always super fit: He is known for battling tirelessly for three rounds, as well as a golden round when necessary. But 2020’s enforced break from the competitive schedule has offered him the opportunity to upgrade his bodywork. This year, he has been concentrating particularly on the upper body strength, a key component of clinch combat.

“If you do weight training, your physique gets really good, but it soon goes down again,” he said. “So I made it a rule to do this every day to be consistent.” 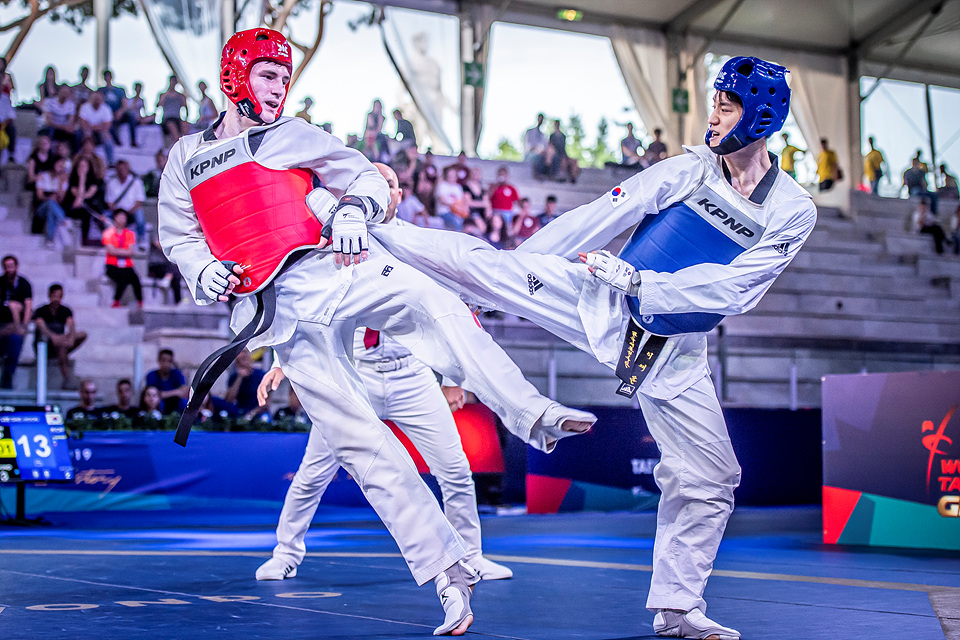 Challenging the self is a key factor in Lee’s personal train­ing. “I am increasing my number of pushups every day, for example,” Lee said.” I need motivation! I am harsh on my­self.”

Still, he has not yet peaked. “I will double my physical training just before the Olympics,” he said. “From the start of 2021, I will double my training and expert coaches will come in to work with me.”

Many players have been using 2020 as an opportunity to rehabilitate chronic injuries. Not Lee.

“Usually if you get injured, you have to stop training but for 11 years, I have not had any injuries,” he said. “Very physical players can get injured as they are putting a lot of power into their techniques, but athletes like me do not put in so much power - we concentrate on flexibility.”

“She is targeting her third Olympic gold,” he said. “That is real pressure! I want to see how she overcomes that pres­sure on the field.”

Closer to home, he will be watching youthful teammate Jun Jang. “I have something to learn from him!” Lee said. “He was the best player last year.”

Like many, he is also keen to see how Team Russia’s cre­ative crowd pleaser, Maksim Khramtcov, will fare in Tokyo.

“He is really good,” Lee said. “And he has a real strong rivalry with Vladislav Larin [Russia], Kyo-don In [Korea] and Cheick Sallah Cisse (Cote d’Ivoire).”

As noted, Lee’s own aim is gold. For most athletes, simply winning the ultimate prize in sport would be enough. But Lee does not just want a gold medal - he wants great fights. “I want to fulfill everything – both fighting style and outcome,” he said.

But most of all he is looking forward, after the longest com­petitive layoff in taekwondo’s history, to reuniting with the global warrior elite.

“I want to meet everyone who is preparing for the Olym­pics,” Lee said. “I hope they are healthy wherever they are, and I want to meet them all in Tokyo.”