The day’s event took place in the London 2012 Olympic arena, The Copper Box, and saw athletes compete across two female categories (-57kg and +67kg) and one male category (-58kg). 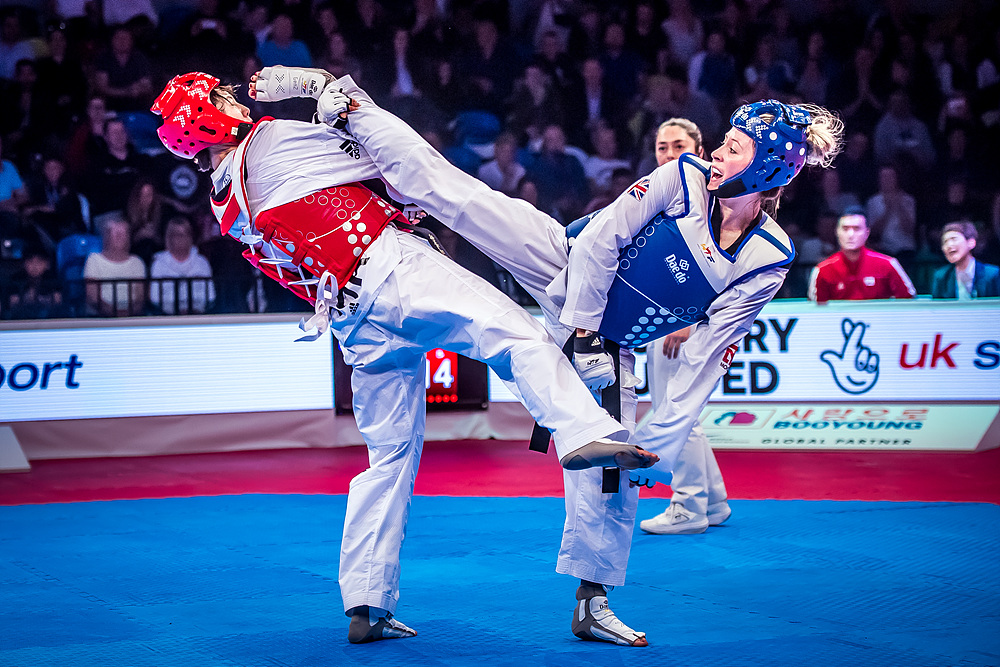 The bronze medals were won by Russia’s Tatiana Kudashova and Poland’s Patrycja Adamkiewicz. Jones and Kudashova met in the first semi-final of the night. After a close opening round, Jones began to edge away in the second and added to her lead in the third, finishing the match 25-10. Adamkiewicz fought Lee in the second of the semi-finals. The match followed a similar pattern to the first semi-final with the opening round remaining tight before Lee pulled away in the second and third round to win the match 29-11. 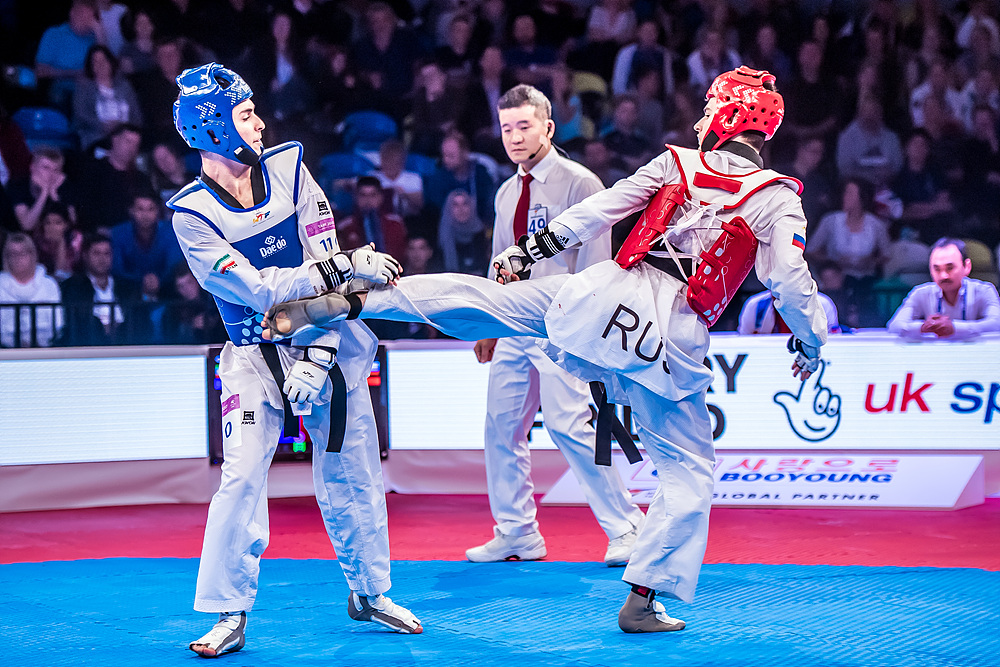 In the male -58kg final, Armin Hadipour Seighalani from Iran and silver medallist from the 2017 World Championships, Mikhail Artamonov from Russia matched up against each other. The two fighters had never fought before and the first round finished pointless with both athletes getting to know each other’s style. In the second round both athletes showed excellent cover and footwork and while they tried to mix up their styles no points were registered. The fighters remained patient in the third round, keeping their distance and looking for a route in. But that route never came and the round finished 0-0, forcing a golden point round. It looked like once again neither athlete would manage to score but with just five seconds to go of the round, Artamonov landed a head shot to win the gold.

The bronze medals were won by Tawin Hanprab from Thailand and Jesus Tortosa Cabrera from Spain, who had won bronze medals at the two previous Grand Prix in Moscow and Rabat. Hanprab matched up against Hadipour Seighalani in the semi-final. Hadipour Seighalani led for the majority of the match but was pegged back to 7-7 by Hanprab with under 30 seconds to go forcing the match to a golden point round. Despite Hanprab’s valiant comeback, he lost the match as Hadipour Seighalani scored a golden point just two seconds into the round. Tortosa Cabrera and Artamonov fought in the second of the semi-finals. It was a tight and tense affair with neither athlete managing to register a point in the first three rounds, leading to a golden point round. As he did in the final, Artamonov won by a golden point. 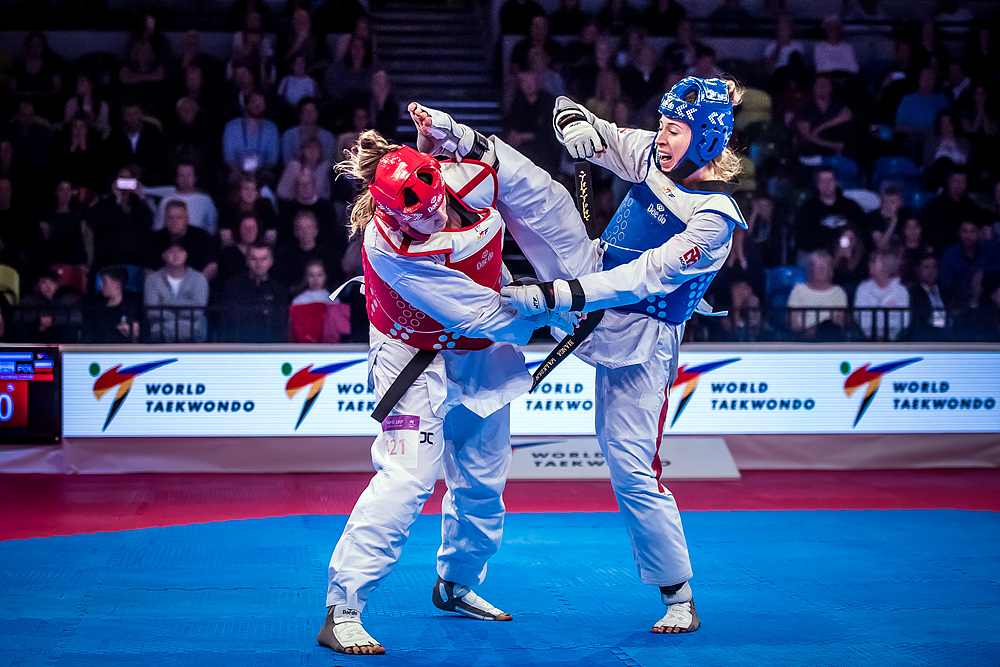 The female +67kg saw two-time World Champion, Bianca Walkden, face Kowalczuk. Walkden came into the final having won gold at the last two Grand Prix and was looking to win her country’s second gold of the night. A Gam-jeom gave Kowalczuk an early lead and quietened the crowd, but an excellent head kick over the shoulder from Walkden followed by a Gam-jeom from both players took the score to 4-2 in Walkden’s favour. Walkden landed another head shot but was penalized for holding immediately after taking the score to 7-3. Two kicks to the trunk protector and a punch from Kowalczuk saw the first round finish 11-4. In the second round both fighters battled it out to take control of the centre of the court. A kick to the trunk protector extended Walkden’s lead and a Gam-jeom from both fighters saw the round finish 14-5. In the final round neither fighter was able to register any kicks in the early stages and both gave away Gam-jeoms. However, a head shot from Walkden extended her lead to 18-7. Two Gam-jeoms ended the match 20-7 and earned Walkden the gold.

The bronze medals were shared between Briseida Acosta from Mexico and Da-bin Lee from Korea. Walkden and Acosta fought in the first of the two semi-finals. Walkden took an early lead which she maintained, but a spinning kick to the head from Acosta brought the scores level in the third round. With the clock ticking down Walkden managed to land a head kick of her own and win the match 13-11 win. Kowalczuk took on Lee in the other semi-final. Lee came into the match in form having won bronze at the Moscow Grand Prix but was not able to overcome the challenge of Kowalczuk who won the match 20-11. 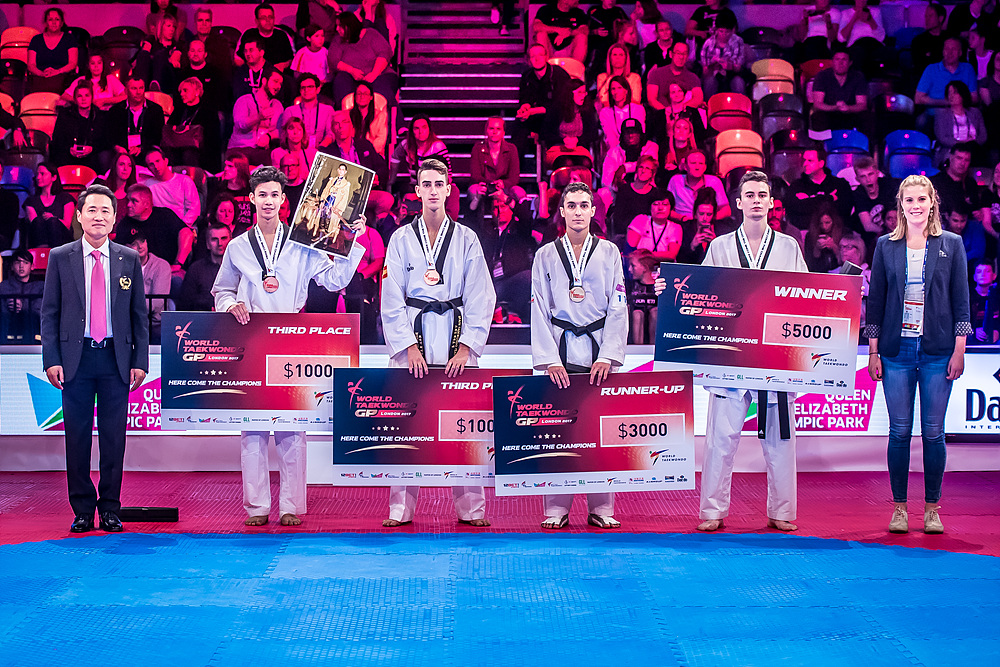 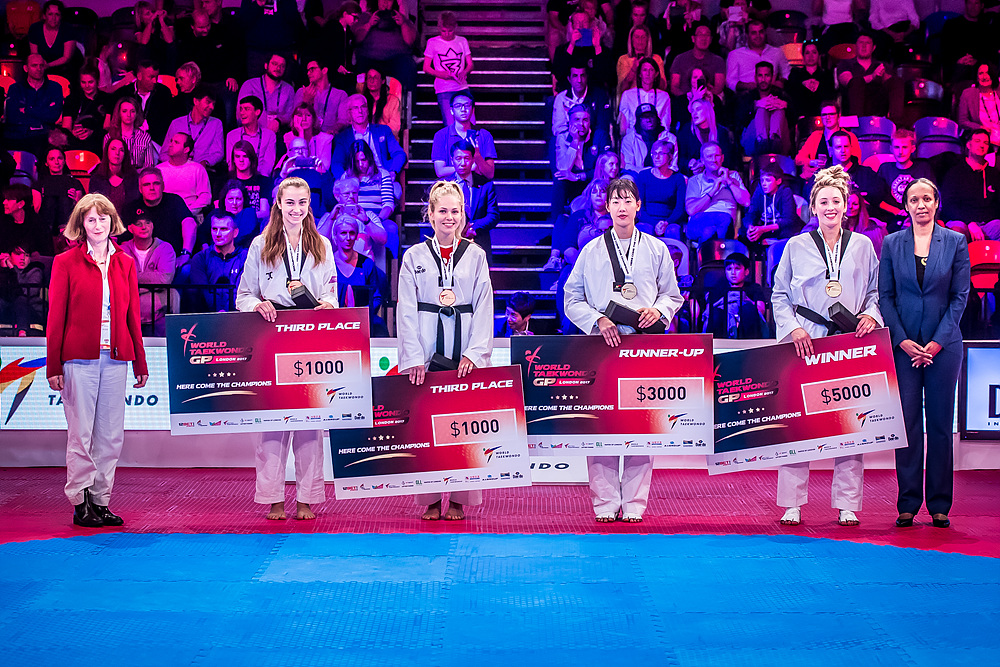 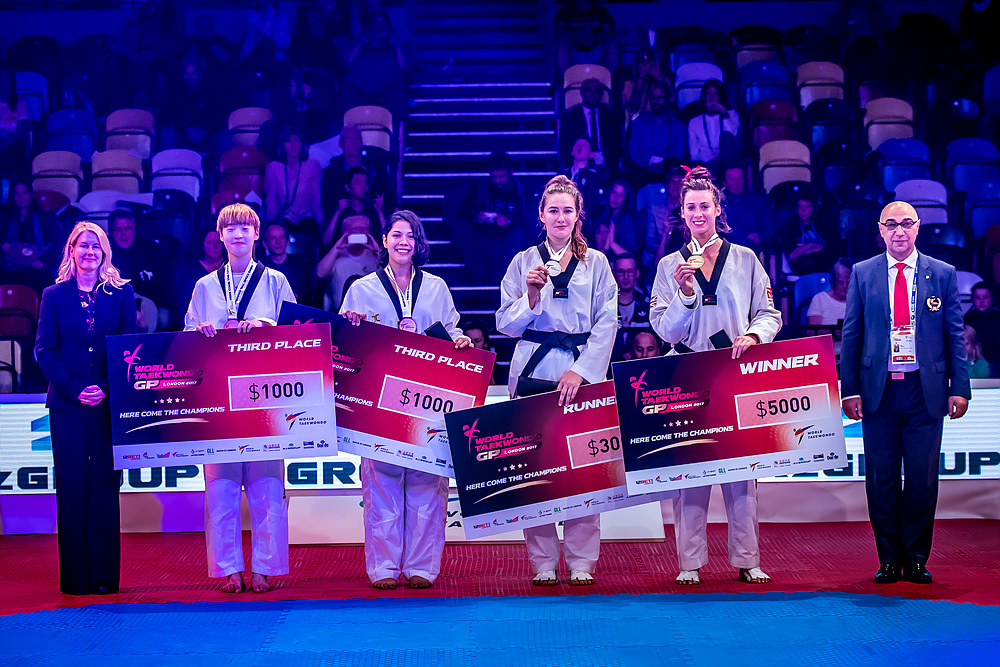