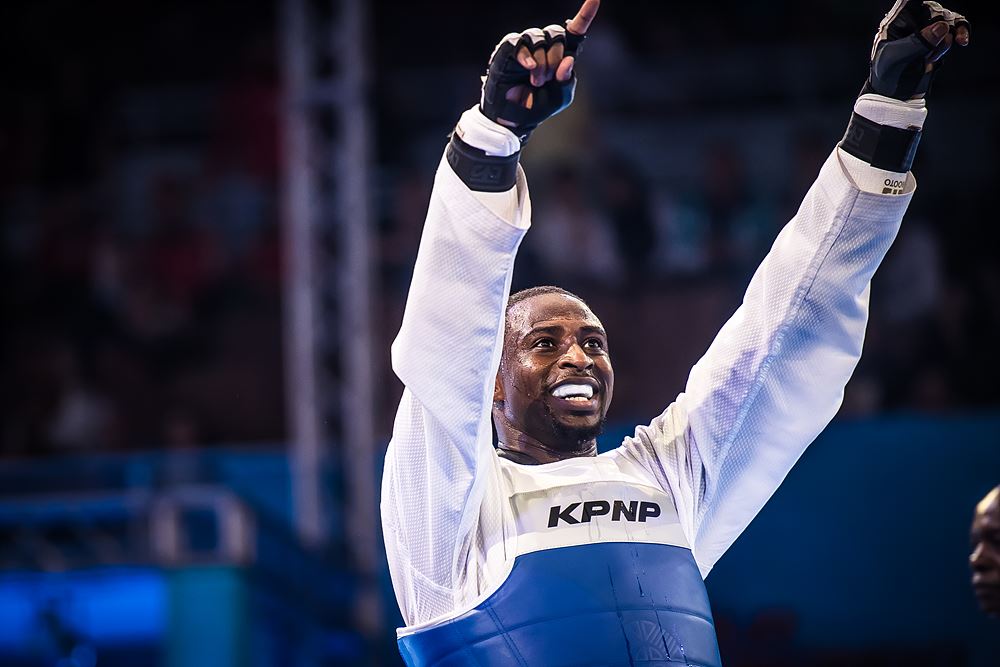 The championship, the second of the 4-series Grand Prix, brought together 221 athletes and 48 international referees, representing 55 countries. Invitations were based on the August World Taekwondo Olympic Rankings.

The final in the Female -67kg division pitted 2016 Rio Olympic gold medalist Hye-ri Oh of Korea against 2017 Muju World Champion Nur Tatar of Turkey. The two are well matched in terms of height and physique and leg speed, but after a nervy feeling-out period, it was Oh who scored first with a body kick, ending the round 2-0 up. The second round saw long-range psychological warfare, with occasional flurries of action – then in the round’s final second, Tatar went 3-2 up with a spin back kick. In the third, Oh went 4-3 up but lost a point for grabbing: The round ended 4-4. In golden point, then in fast action, Tatar scored with a thwacking round kick to the body, leaving Oh with silver.

Bronzes in the category went to Irem Yaman of Turkey and Ruth Gbagbi of Cote d’Ivoire.

The final of the Male +80kg category saw Great Britain’s Mahama Cho take on Moscow Series 1 Grand Prix winner Roman Kuznetsov of Russia, who had benefitted from a by in the semi finals, after his opponent Ivan Trajkovic of Slovenia pulled out with an injury. Action started fast with both lads firing fast, dangerous kicks. Kuznetsov opened the scoring, but Cho firing back with his jumping kicks and Round 1 ended 2-0 up to the Russian. In the second, Cho evened it up with his switching round kick to the body, 2-2, then drew ahead 4-2 with close-range hits after driving his opponent to the edge of the mats. In the third round, the Russian connected to Cho’s head, going 5-4 up with a big arcing kick - then, amid a furious flurry, Cho buried a deceptive but perfectly timed spinning back kick in his opponent's face, and Kuznetsov hit the mats. Although a shaky Kuznetsov wanted to continue, the referee stopped the fight. Cho looked delighted at his victory in what was clearly the fight of the night.

Bronzes were won by Kyu-don In of Korea and Trajkovic. 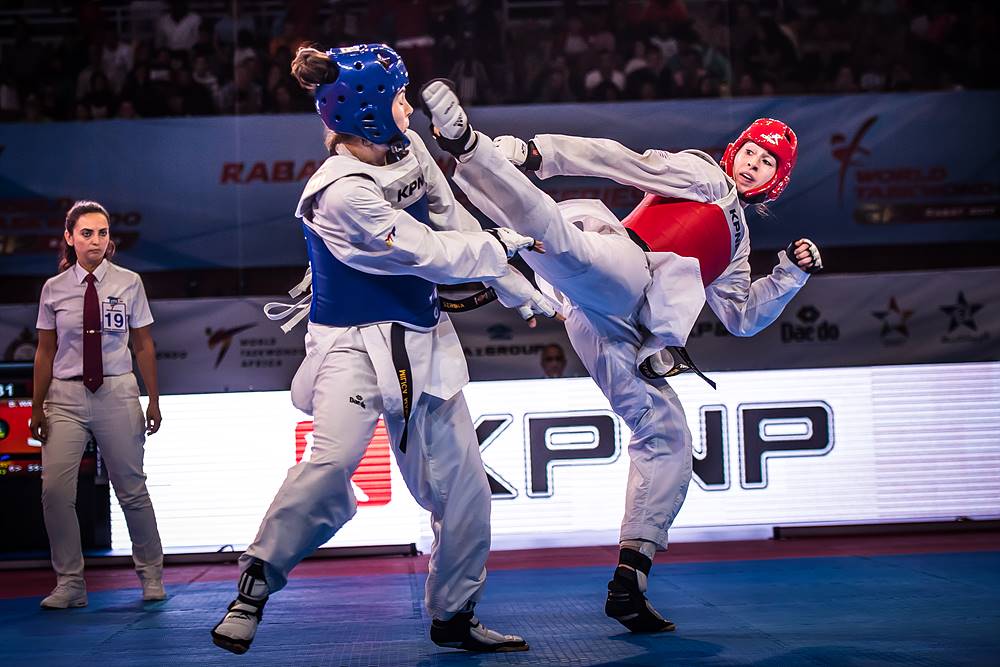 The final in the +67kg category saw London 2012 Olympic gold medalist and Muju 2017 World Champion Milica Mandic of Serbia do battle with 2015 and 2017 World Champion Bianca Walkden of Great Britain. (The two fight in different categories at world level, but in the same Olympic category.) Walkden, as always, started fast, going three points up up with a back kick. Despite a high work rate from both fighters, the round ended 3-0, as did the second round. In the third, both girls were connecting but not scoring. Mandic fell, and Walkden scored again but lost one point for holding. The match ended 7-1 with gold for Walkden and silver for Mandic

.
Shuyin Zheng of China and Sae-bom An of Korea had to be satisfied with bronzes.

The victor in each category won USD5,000 in prize money; the silver medalist got USD3,000; and the two bronze medalists took home USD1,000 each. The winners were also guaranteed a place in the upcoming “Champion of Champions” Grand Slam series, to be contested in December and January, where USD100,000 of prize money will be up for grabs.

Action resumes at the Complexe Sportif Prince Moulay Abdellah tomorrow, with the Female -48kg, the Male -58kg and the Male -80kg categories being fought over.