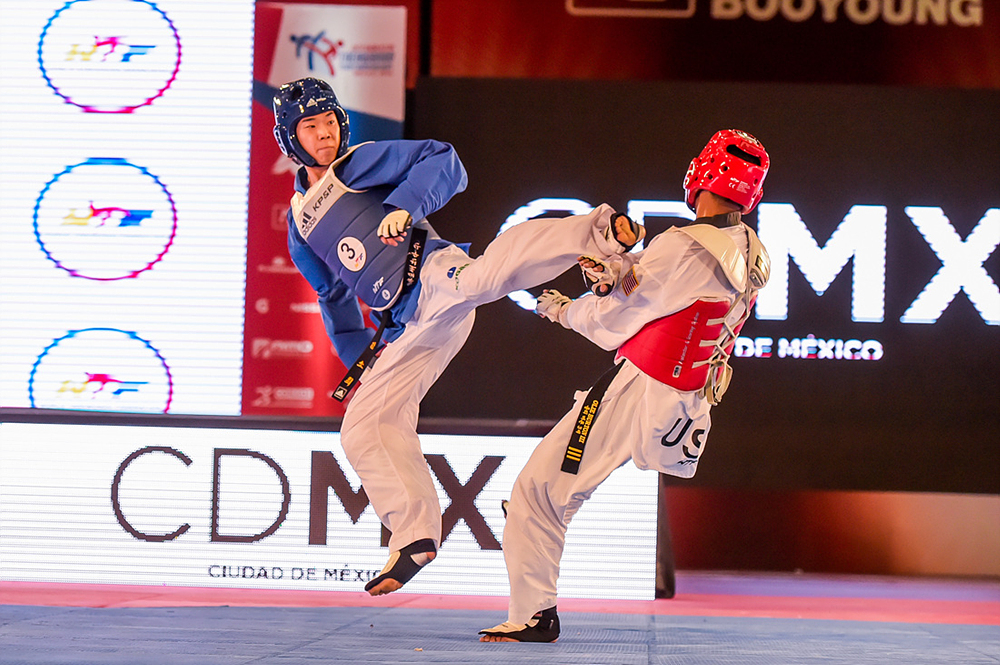 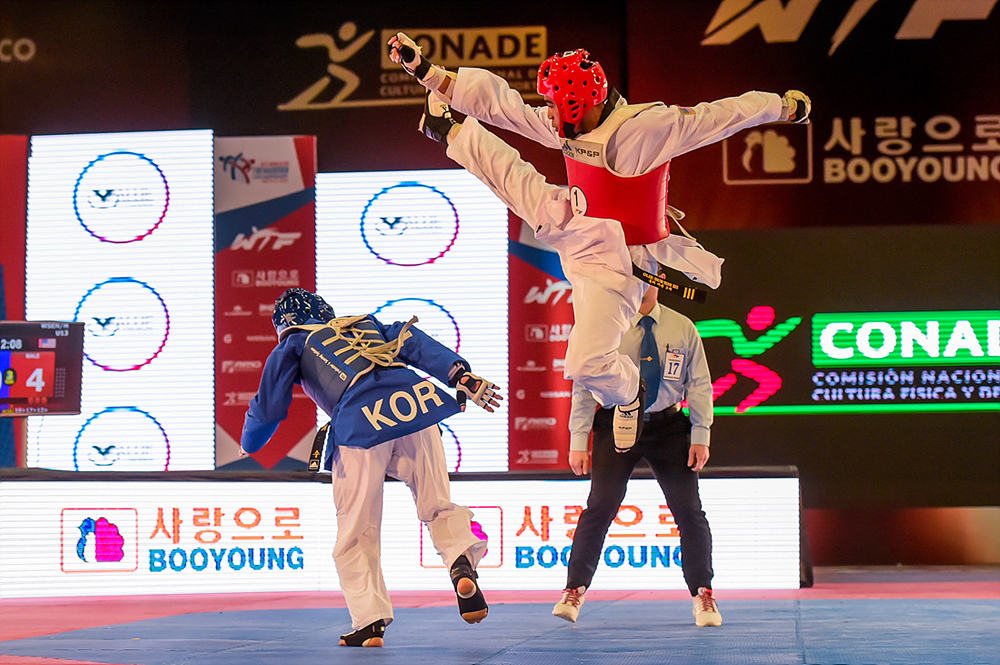 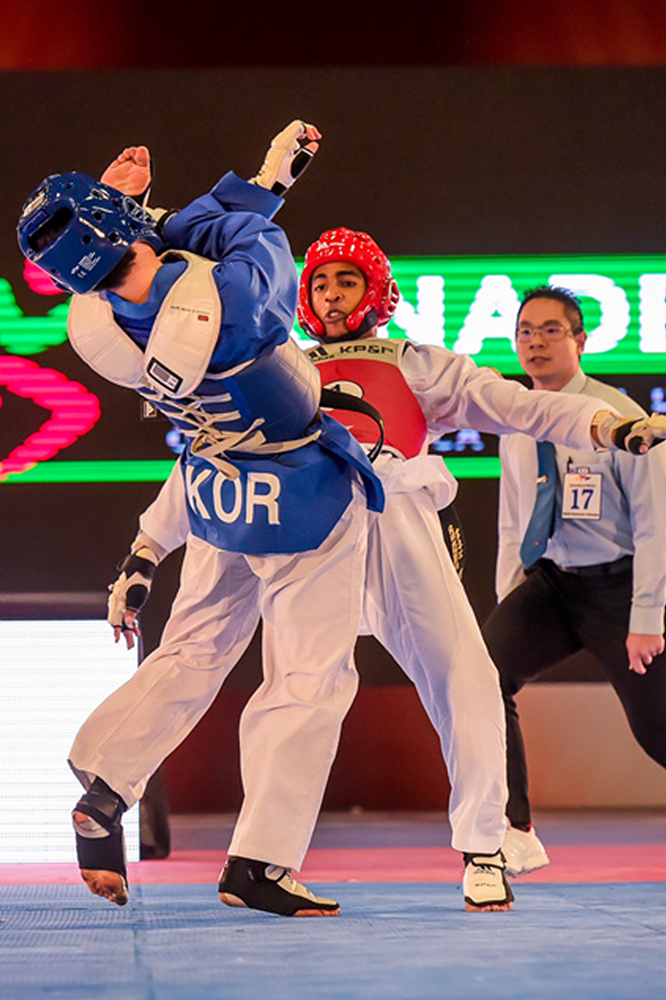 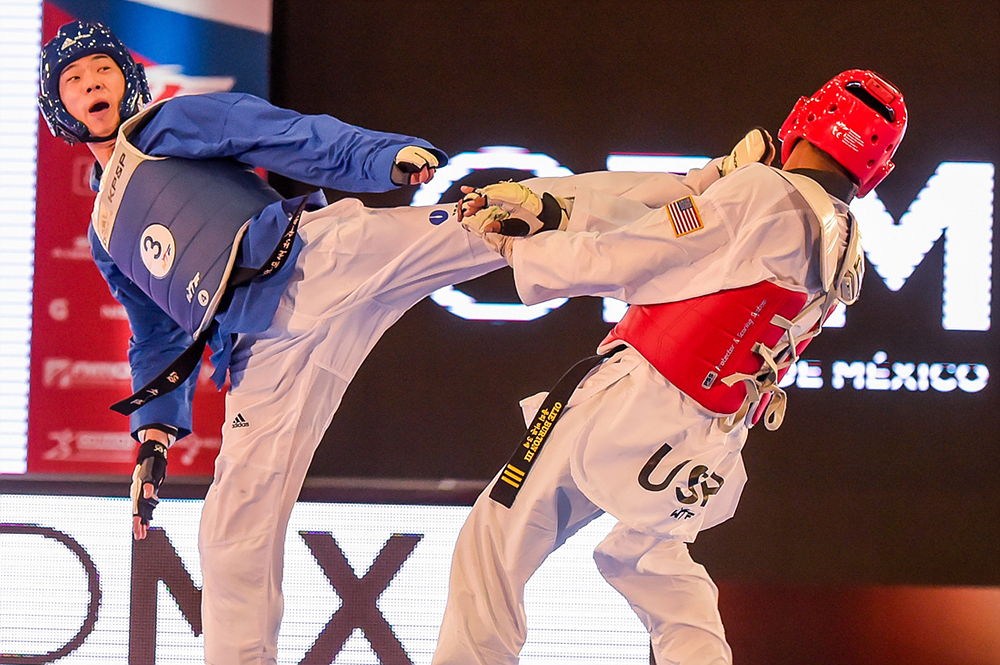 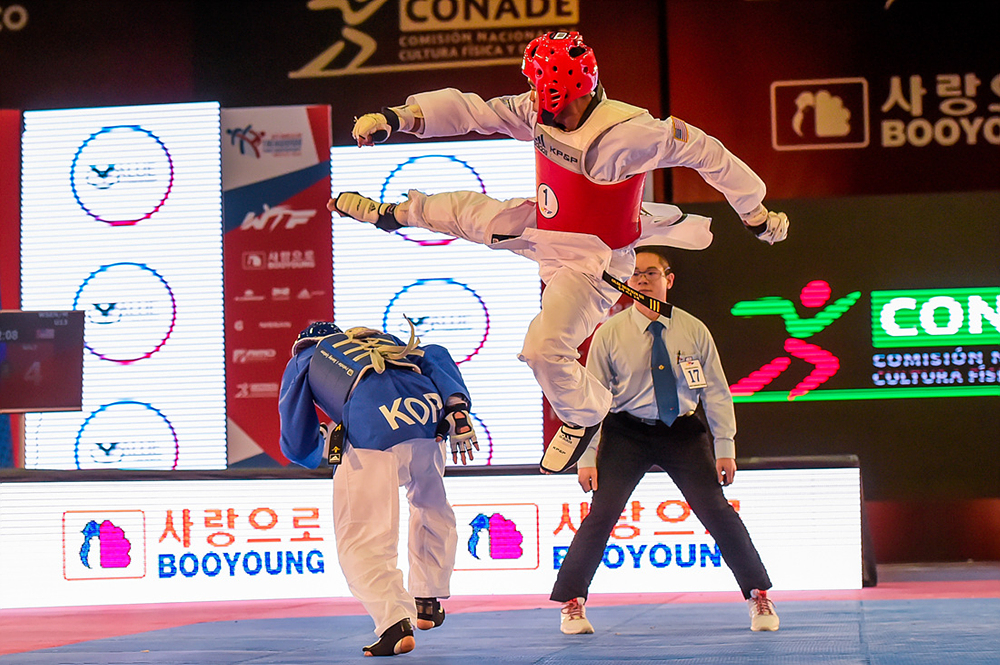 Korean(blue uniforms) and Americans(white uniforms) Players having a match on the preliminary match on the first day of the 2015 World Cup Taekwondo Team Championships at the Sala de Armas Gymnasium in Mexico City, Mexico on December 8, 2015. In the first round, fighters are matched up by pre-set number. In the second and third rounds, coaches can substitute fighters as the situation demands – signaling each