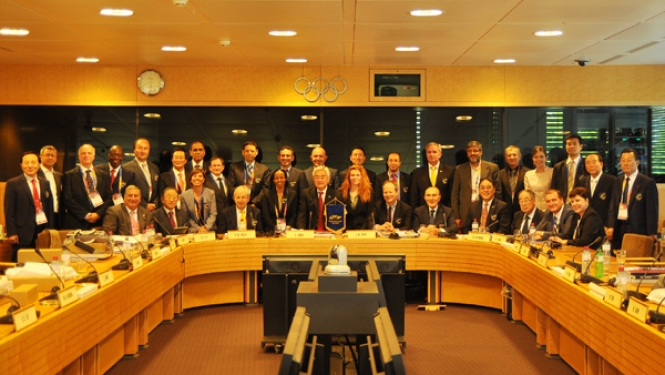 Russia has been selected as the host country of the 2015 World Taekwondo Championships, outvoting Brazil and Vietnam.

The Russian Taekwondo Union said in its host city application form that it will hold the biennial World Taekwondo Championships in the city of Chelyabinsk on Sept. 16-23, 2015.

"I find it very fitting that the IOC headquarters are the setting as we meet again once again to shape the future of our sport and our organization," said WTF President Chungwon Choue during the Council meeting. "For so long we have worked to meet the standards of the IOC. As that achievement came within our grasp, we move toward exceeding those standards and setting standards of our own."

The Council also made selections of the host countries of major WTF events.

Cote d'Ivoire beat Gabon and Tunisia to earn the right to host the 2013 World Cup Taekwondo Team Championships in Abidjan on Nov. 28-30, 2013.

The Council also approved amendment proposals for the World Ranking Bylaws, the Olympic Standing Procedures and the Election Bylaws.

The Council meeting lasted about five hours, the longest ever in its 40-year history.

Shortly before the Council meeting, there were two memorandum of understanding (MOU) signing ceremonies between the WTF and two of international para-athlete organizations – the Cereberal Palsy International Sports and Recreation Association or CPISRA and the International Sports Federation for Persons with Intellectual Disability or INAS. They agreed to work for the inclusion of para-taekwondo in the Paralympic Games.