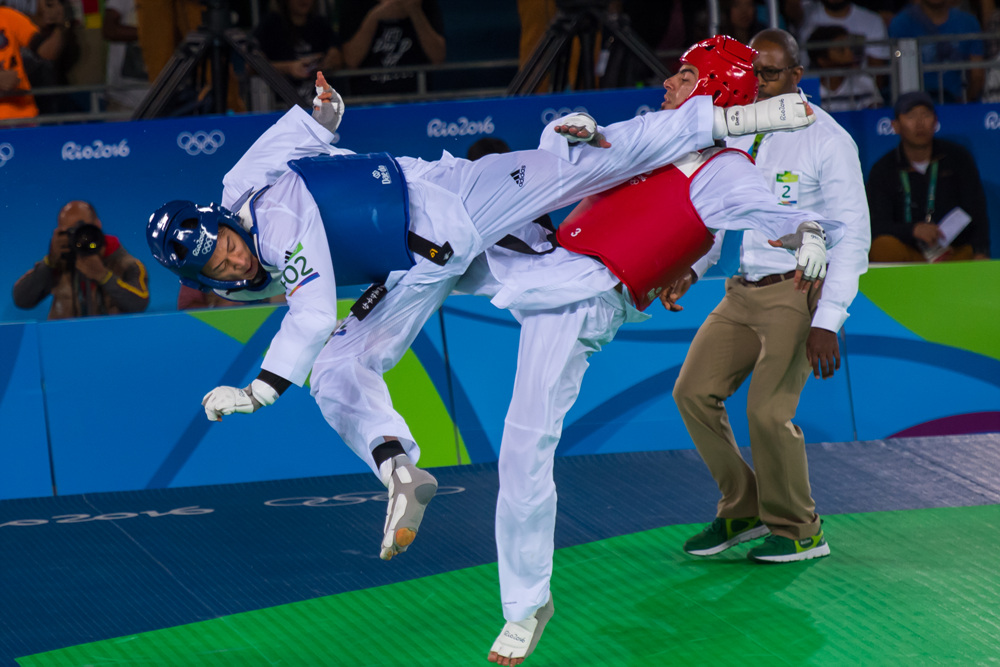 (May 11, 2017) - With the countdown now starting before the 2017 World Taekwondo Championships in Muju, Korea, the question is beginning to be asked: Who are the top athletes to watch? Who versus who are the greatest rivals? And which categories promise the best fights?

When it comes to rivalries – and what are certain to be some of the most view-worthy battles in Muju – look no further than the Men’s -68kg category. It was in this category that a previously unknown and wholly unexpected star rose in Rio 2016. Ahmad Abughaush of Jordan tore to the top of this, arguably the most competitive category in the sport, winning gold in spectacular, jump-kicking style.

Abughaush was a name on nobody’s lips prior to Rio. He had lost in the preliminaries of the 2015 World Championships in Chelyabinsk, Russia. When he arrived in Rio, his Olympic ranking was 40. True, he had some form: In 2012 at the Sharm El-Sheikh World Junior Championships in Egypt. He fought at -63kg and won gold. But, when he moved up to the seniors and moved up in weight, he won nothing: zero, zilch, nada.

That changed under the Olympic rings. In a series of battles in Carioca Arena 3, the Jordanian – who has since been dubbed by Korean media “The Wolf of the Desert” – stormed to gold. Ten months later, in Muju, does he have what it takes to add a world championships medal to his trophy shelf? 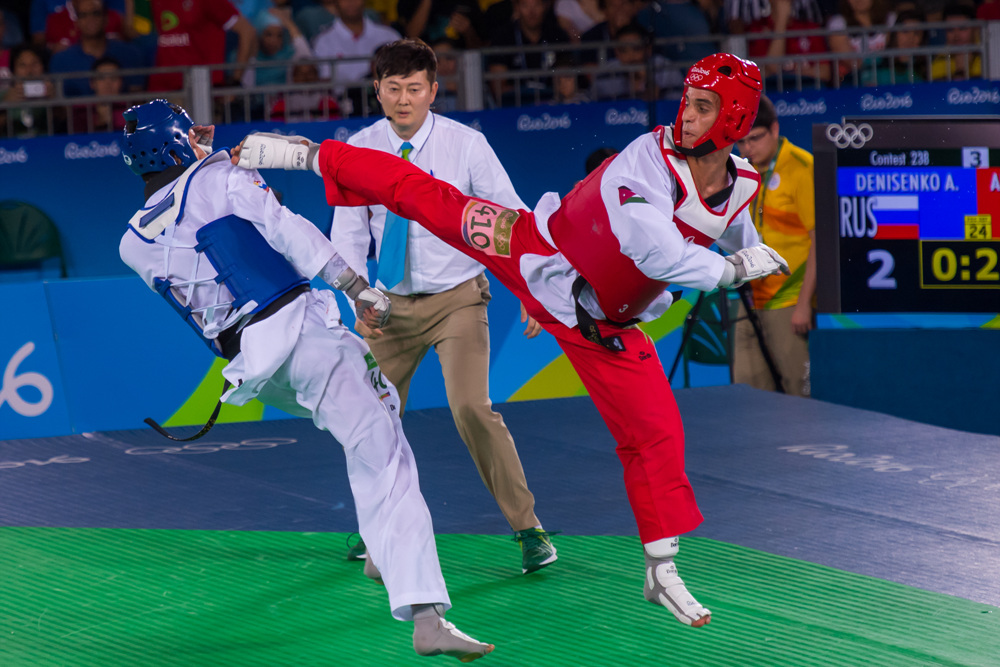 Maybe - but the first question is which category he will fight in. The Olympic taekwondo competition offers only eight weight categories (four female, four females). The Worlds offers twice as many: 16 categories (eight female, eight male). Even so, at time of writing – one month before athlete categorization for Muju - all eyes are still on the Men’s -68kg. Naturally, taekwondo fans want to know whether Abughaush will face off against the category’s other stars.

Abughaush made it to Rio having fought through the Asian qualification tournament. In Rio, nobody could accuse him of having an easy ride to victory: His path to gold was a trial by fire against some of the top players not just in the category, but in the entire sport.

On the day, taekwondo pundits at ringside were asking each other who this unknown player – fighting with a crowd-pleasing combination of crafty footwork, a lightning-fast left leg and rocket-propelled aerial kicks – was as fighter after fighter fell before him. In the quarterfinals, he took out Team Korea’s top gun Dae-hoon Lee, 11-8. In the semi-finals, he dismantled Spain’s Joel Bonilla Gonzalez (the London 2012 gold medalist), 12-7. In the final, he beat Russia’s Alexey Denisenko, 10-6, in one of the most spectacular matches of the 2016 (or any) Olympic Games.

His victory granted his home country Jordan, its first-ever medal – gold – in any sport, ever. It also elevated the “Wolf of the Desert” to the status of a national hero: Immediately after the match, in the midst of a mob of global media, the softly spoken fighter had to take a break from interviews to field calls from exultant Jordanian royalty. 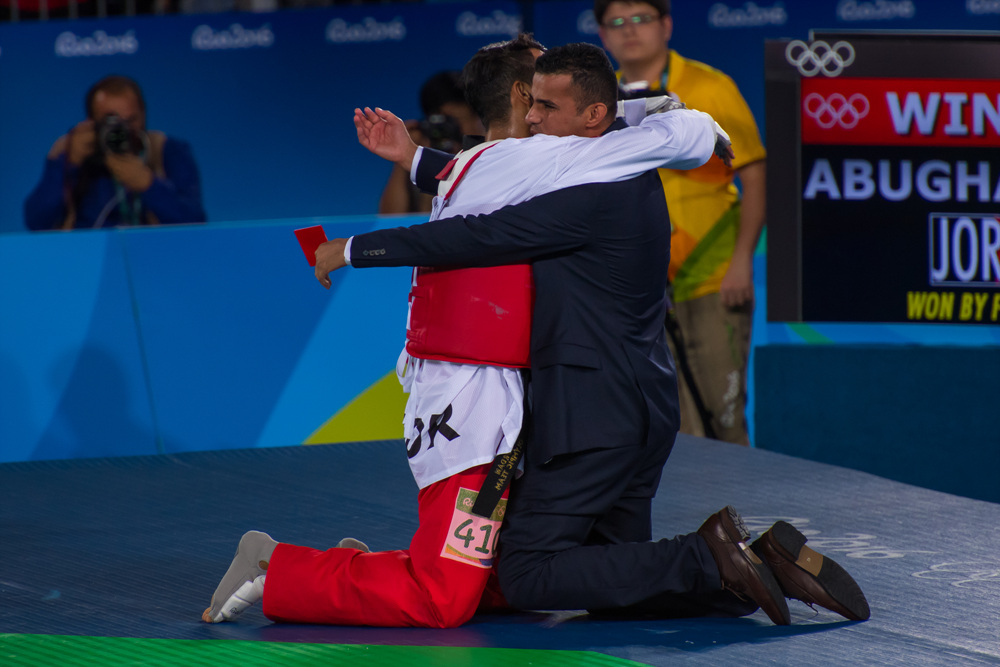 He appeared - but did not compete in - the last premier-level event of 2016, the Grand Prix Finals in Baku, Azerbaijan. The questions now are: How match ready will “The Wolf” be for Muju? Will those he defeated on the way to gold in Rio be all out for revenge? Or – oh, terrible thought – could Abughaush prove to be a one-hit wonder, forced to forever rest on his Rio laurels?

The first athlete who has qualified for -68kg in Muju is Korea’s Lee. One of the most experienced and ambidextrous fighters in the sport, he won gold in both the 2011 and 2013 Worlds – albeit in different weight categories. In the Olympics, in 2012, Lee won silver in the -58kg category, and in Rio in 2016 – after being taken out by Abughaush – he came back like a pro to win bronze in the -68kg in repechage. The first time Lee ever fought at -68g was in Rio in 2016; Muju will be his first world championships at this weight. In Rio, Lee was unable to counter Abughaush’s killer left kick. His defeat was a shock for the formidable Team Korea, for whom Lee was the prime gold contender among the males. But clearly, Lee and his crew will have done their homework on “The Wolf” in the months since Rio.

Another category star is Denisenko, who won bronze in London 2012, silver at the worlds in Chelyabinsk in 2015 and was surely hoping (realistically) for gold in Rio. Denisenko has also won four golds in the Grand Prix series, making him a consistent – and a far more experienced - player than the Jordanian. In Rio, on paper, the winner should have been Denisenko, but the Russian seemed to start too slowly and proved unable to master the Jordanian’s unorthodox style. In the months since Rio, the boy from Rostov-on-Don has married Team Russia teammate Anastasiia Baryshnikova which raises questions about how serious his preparation has been in the months since. But he will certainly be gunning for the Jordanian.

Then there is Bonilla Gonzalez. The 2012 Olympic gold medalist – he won at -58kg in London – previously fought in the Worlds at -63kg. In Rio, in the semi-finals against the unknown Abughaush, he seemed to have no game at all: The Jordanian played him like a master. Given the age and height of Bonilla Gonzalez, it looks perfectly likely that in Muju, he will fight at -68kg. 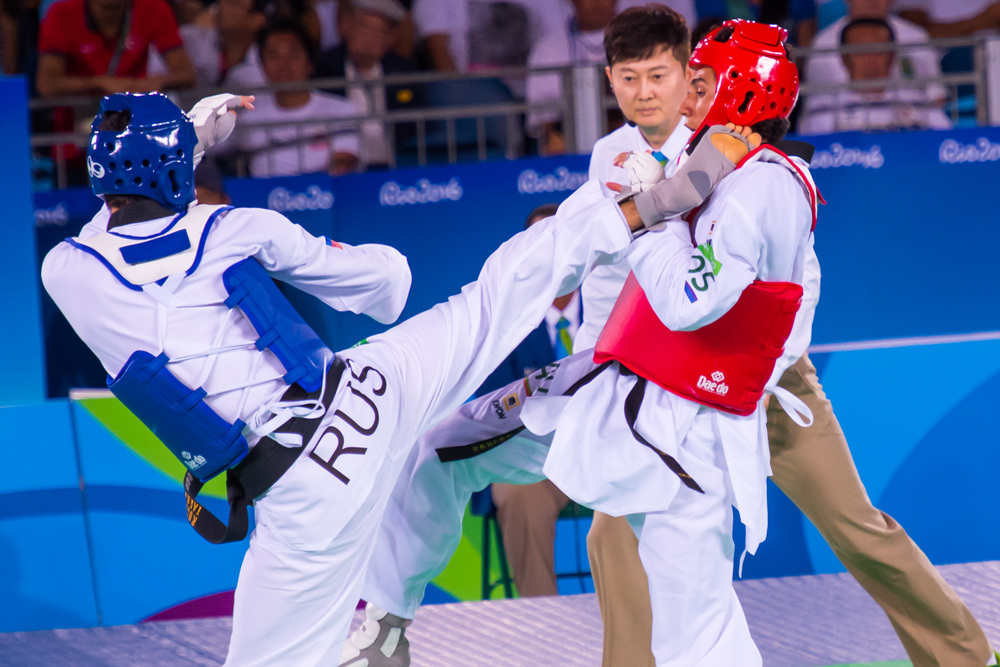 Another top player in this category is “The Cheetah:” Turkey’s Servet Tazegul. The gold medalist in London 2012 has one of the most spectacular fighting styles in the game, and beat Denisenko for gold in Chelyabinsk in one of the greatest finals in taekwondo history. But Denisenko is a wily fighter and clearly did his prep for Rio. When the two met at Carioca Arena 3, the Russian had a brilliant game plan and took his former nemesis apart with apparent ease, making the flamboyant Turk look like an amateur. So while Tazegul is a crowd-pleasing fighter and can never be ruled out, his tactical preparation is suspect. He has, however, defeated Abughaush before - in 2015 at the Kazakhstan Open.

Finally, there is the number-one ranked player in the category in Rio, Belgium’s Jaouad Achab. Yet another crowd-pleasing fighter, Achab’s duels with Lee are legendary, but he narrowly failed to medal in Rio. However, Achab is one of the smaller players in the category. In Muju, he is highly likely to fight at a lighter weight.

Dark horses in the category are Team Iran’s Abolfazl Yaghoubijouybari and Team Mexico’s Saul Gutierrez. A young and gutsy player with a “take-on-the-world” style of taekwondo, the Iranian has massive self-belief and – wins or lose – always deliver a great performance, based on the foundation of his towering physical talent. The Mexican, on the other hand, is one of the lankiest fighters in the category and is noted tactician, though he narrowly missed out on a Rio slot. 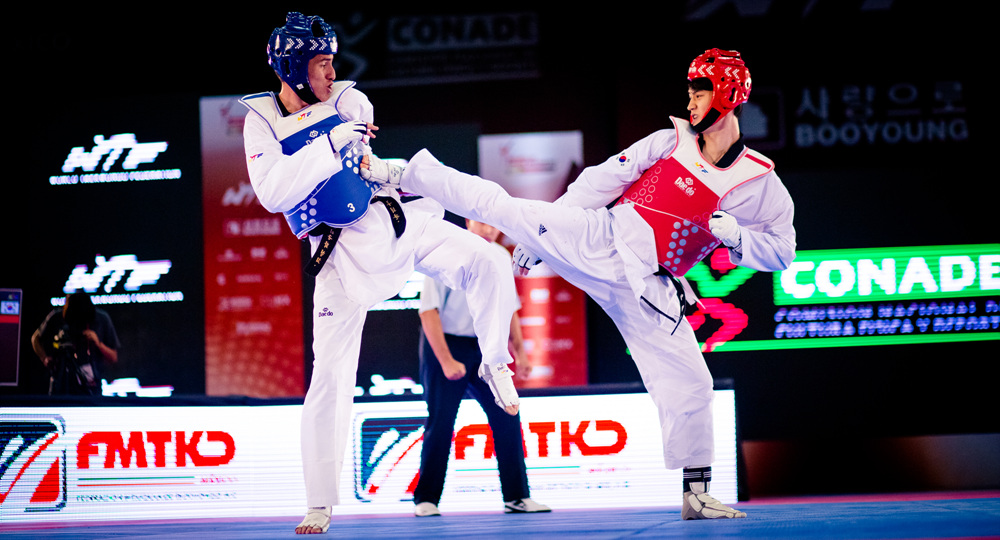 But let us return to the man to beat - Ahmad Abughaush. In Rio, the up-and-comer knew the games of Lee, Bonilla Gonzalez and Denisenko. They did not know him. That will not be the case in Muju, where the top guns will be gunning for him and will most certainly be fully prepared to counter his fighting style, which is now a known quantity. He will no longer have the advantage of surprise.

Much depends upon the seeding in Muju – i.e. who will meet who in the fight tree, from the preliminaries onward. In the men’s world ranking in March, Abughaush was the number-three seed. This may change before Muju - but as it stands, it means that those who seek revenge against “The Wolf of the Desert” will have to fight through to the quarter finals in order to get face-to-face, fist-to-fist with him on the mats.