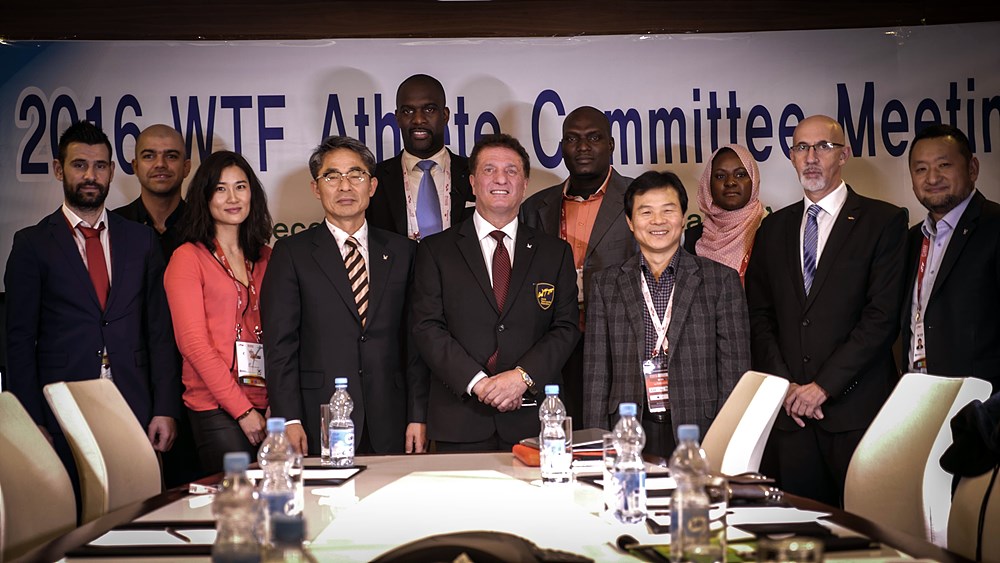 BAKU, Azerbaijan (Dec. 8, 2016) – As part of its efforts to put the players at the heart of the sport, the WTF hosted a full-day Athletes Committee meeting at Baku’s Badamdar Hotel.

The aim of the meeting was, firstly, to relaunch the Athletes Committee, which has been inactive in recent years, and secondly - and more crucially - to give athletes a greater voice in WTF decision-making.  The committee members were joined by members of the WTF Council, WTF Games Committee, and the WTF Technical and Development Committee prior to their hours-long discussion.

“It is essential for the sport to hear the voice of the athletes,” said WTF President Chungwon Choue. “The Athletes Committee is that voice.”

“You must contribute to developing taekwondo in the future,” added Kook-hyun Jung, the legendary former champion who heads the WTF Technical and Development Committee. “If you have any good ideas, discuss them and tell me.”

The committee, which will meet twice a year, will continue in its present form until 2017 and beyond – most likely to 2021. One male and one female will automatically become ex-officio members of the WTF Council with full voting rights. These positions will be chosen in April by e-vote among committee members.

Attending the meeting were Hamsa Adamou and Ousmane Dandobi Mahamane, both from Niger; Yousef Karami of Iran; Yeon-ji Kim of Korea; Michalis Mouroutsos of Greece; and chairing the meeting, Pascal Gentil of France.

WTF Director General Jin-bang Yang laid out the challenges facing taekwondo. He noted that the WTF had, after the judging and refereeing issues that plagued taekwondo at the 2008 Beijing Olympics, fixed these problems by instituting the electronic protector and scoring system and instant video replays. These had upgraded fairness and transparency, but had changed the game to the point where many “old school” taekwondo fighters criticize the modern sport.

“We have got fairness, transparency and satisfaction with the judging and we cannot touch these - these are absolute values,” said Yang. “But without hurting these, we have to improve the content and quality of the game.” Key tasks for the WTF are now making the sport more spectator-friendly and more TV-friendly, he said. Another issue the federation is investigating is improving opportunities for athletes after their fighting careers end.

The agenda items consisted of Annual Calendar; Sports Organization; Equipment; Rules; Safety and Security; and the Tokyo 2020 Olympic Games. Discussion took place over such issues as organizing the annual competition calendar in advance and keeping January clear to give elite athletes an opportunity to recuperate; improving amenities in the athletes’ warm-up areas at venues; and how to start and end competitions on time.

“Some ideas were having a masseur and having healthy food for athletes in the warm-up area; getting rid of slippery mats; and the length of fighting rounds and the number of rounds,” Gentil summed up after the meeting.  “We hope to have some tests to try all these things.” 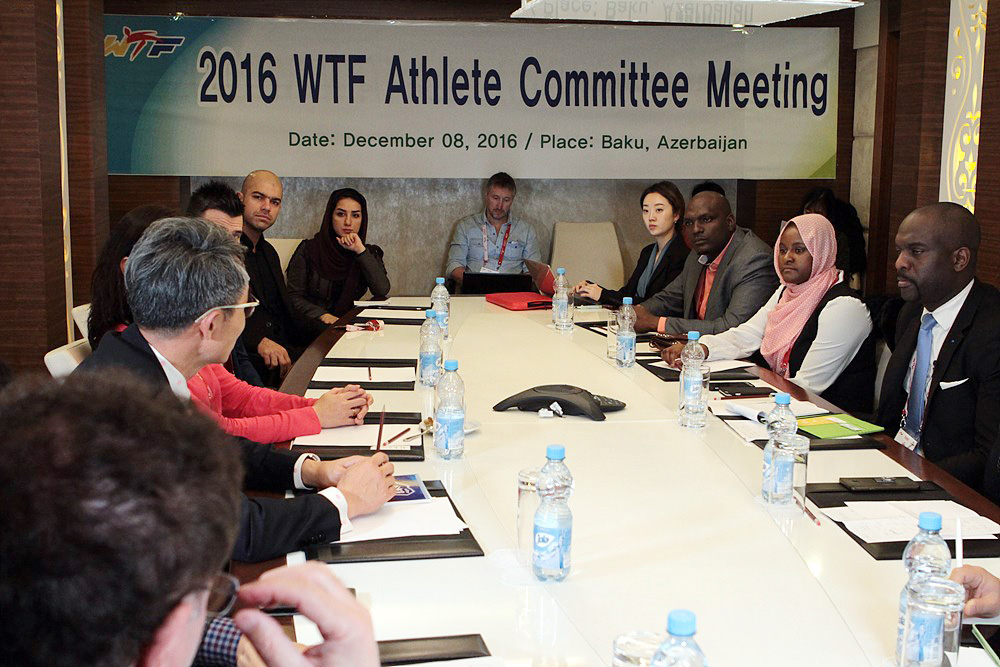