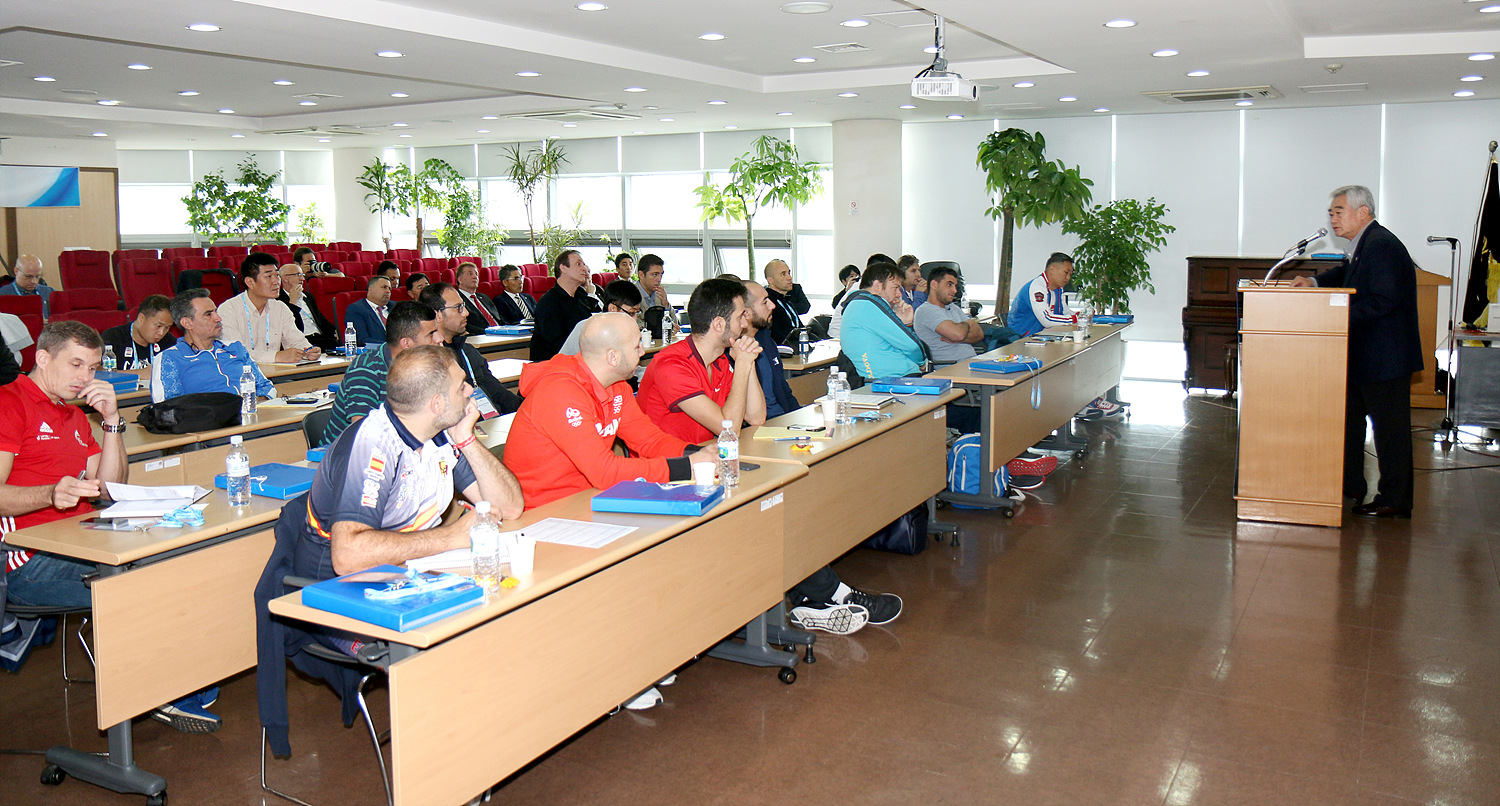 SEOUL, Korea (October 17, 2016) - How to upgrade the game? This is arguably the biggest question facing taekwondo as it enters the long cycle of preparation for the Tokyo Olympic Games in 2020.

Fortunately, there are precedents, as, for much of its history, the WTF has been introducing changes and innovations.

Following the 2008 Beijing Olympics – plagued by controversies over scoring and refereeing - the sport’s future on the Olympic program was in jeopardy. The WTF instituted a reform drive. The mission was clear: Improve the transparency and fairness of the game.

The key breakthrough to realize this was the introduction of the electronic protector and scoring system (PSS). The PSS makes all points scored immediately visible to the crowd, while obviating human error in judging.  Referee training and education was massively upgraded and the Instant Video Replay system was introduced. Thanks to these developments, taekwondo was controversy-free in London 2012 and Rio 2016 and is now a firm fixture on the Summer Games program.

But there have been drawbacks. The PSS – like all technologies – is imperfect. It has also altered the way the game is played: With the power component removed, taekwondo has gone from knockout mode to point-scoring mode. This has resulted in a cleft between “old school” taekwondo – the powerhouse contact sport of the past – and “new school” taekwondo – the modern, tactical game, which prioritizes front foot kicks and favors tall, skinny players.

Even many exponents of “new school” saw they prefer “old school” techniques and fighters, who tend to be head-hunters and spin-kickers. But “new school” dominates the medal tables. Even elite exponents of “old school” taekwondo – who include some of the most crowd-pleasing fighters in the game, such as Moldova’s Aaron Cook and Turkey’s Servet Tazegul – find it hard to win with traditional fighting style in the current rules and gear.

This is not to say that Rio was dull: In fact, there were some classic finals – such as the Jordan’s Ahmad Abughaush versus Russia’s Alexey Denisenko and Great Britain’s Jade Jones vs. Spain’s Eva Calvo Gomez - and incredible crowd support. But with the 2016 Games over, a four-year window of opportunity has opened for the WTF to make changes and re-inject spectacle back into the game. The aim is for taekwondo at Tokyo 2020 to be not only fair and transparent, but also to dazzle and excite.

If that happens, it will open the way for taekwondo to be not just the hugely successful participation sport which it is – the WTF has 80 million members globally – but also a global spectator sport. Once crowds increase, global media will get into the action and elite fighters and teams will benefit from enriched sponsorship opportunities.

So, there is much at stake. The game-changing process gets underway when the WTF invites its top coaches and executives to a five-day brainstorm in Seoul on Oct. 17.

"The Rio Olympics was a continuation of transparent and successful taekwondo competition from London 2012 and we need to prepare for the coming Tokyo 2020. In order to make a better sport, it is very important to hear opinions from you in order to make the best game," said WTF President Chungwon Choue in the opening speech.

From Oct. 17-21 the WTF Coach Seminar will take place, with 30 top coaches invited from around the world. “The coaches can ask questions of the WTF on the policy side - this is the first time we have given them a platform to speak for themselves,” said WTF Director General Jin-bang Yang. “The WTF expects more of these opportunities, so coaches will have more chance to influence policy - especially Competition Rules, championship management, and ranking and qualification policy.”

The coaching seminar will be one component of the WTF Coach Forum, which will take place at the same time and same location, with members of the WTF Technical Committee giving presentations and holding dialogs with the coaches. Changes will be discussed in four categories: competition rules; systems (such as rankings and qualification); image of the game (such as uniform designs and sport presentation); and PSS. “Those are the main areas of business,” said Yang.

“Changes to rules and systems are things we can change in a short time, so we will concentrate on discussing these two. The other things will take more time.”

On Oct 20, having exchanged ideas and elicited feedback from the coaches, the Technical Committee will present proposed changes to top-level WTF executives - the organization’s president, secretary general, director generals and Continental Union presidents.  The ideas that both parties – the technical committee and the executive team– agree upon will be presented to the WTF General Assembly in Burnaby, Canada in November, on the sidelines of the World Taekwondo Junior Championships.

Those changes voted in will be applied at WTF championships from 2017. For more on how these important developments unfold – watch this space. 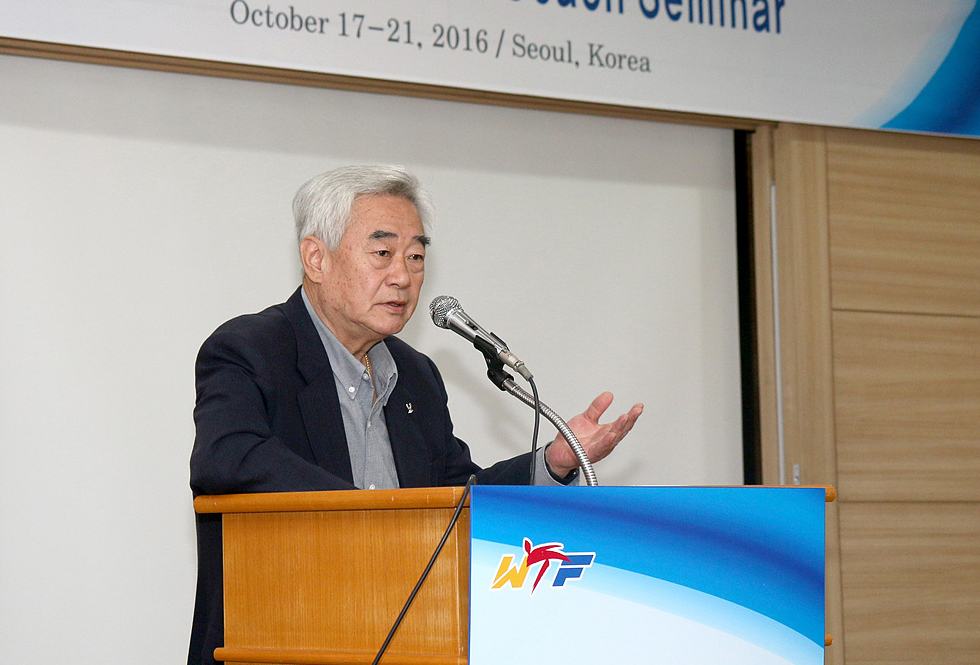 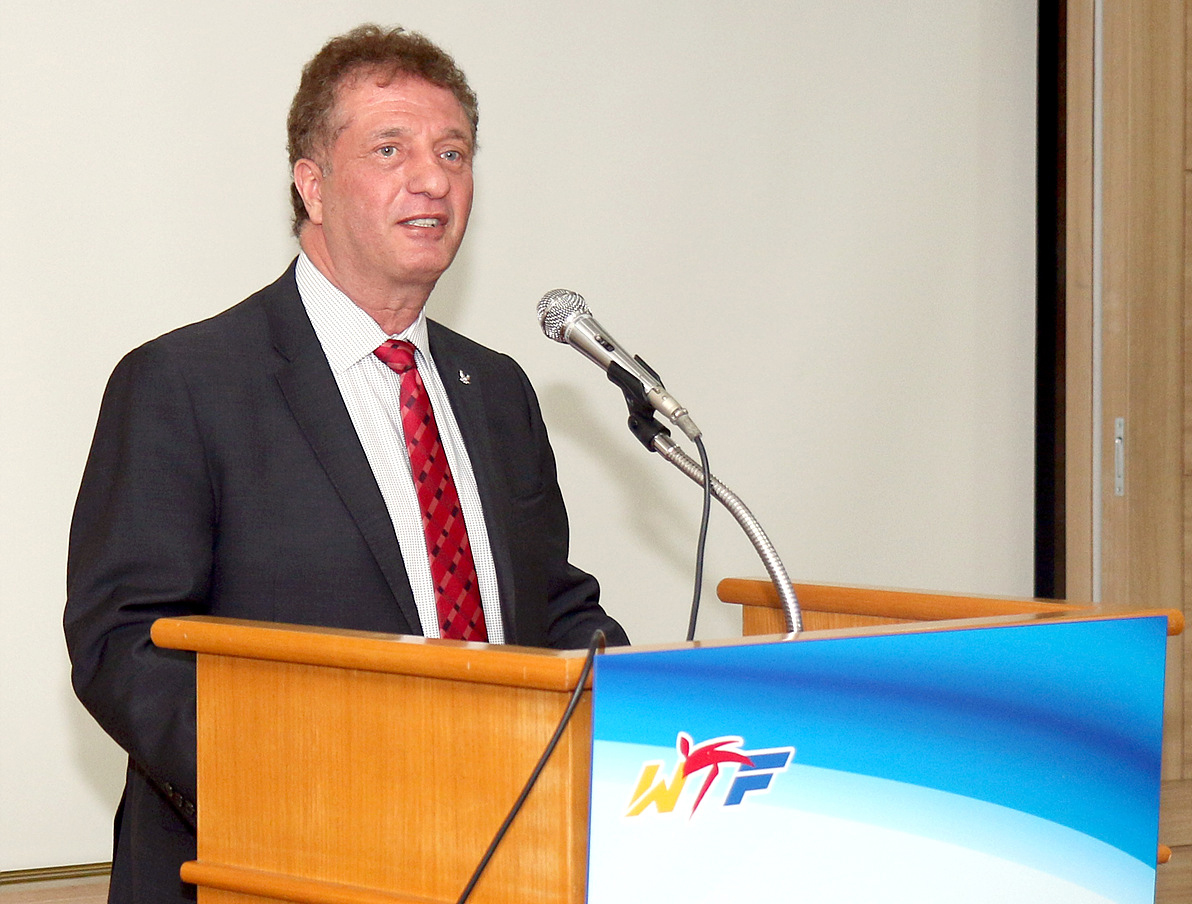