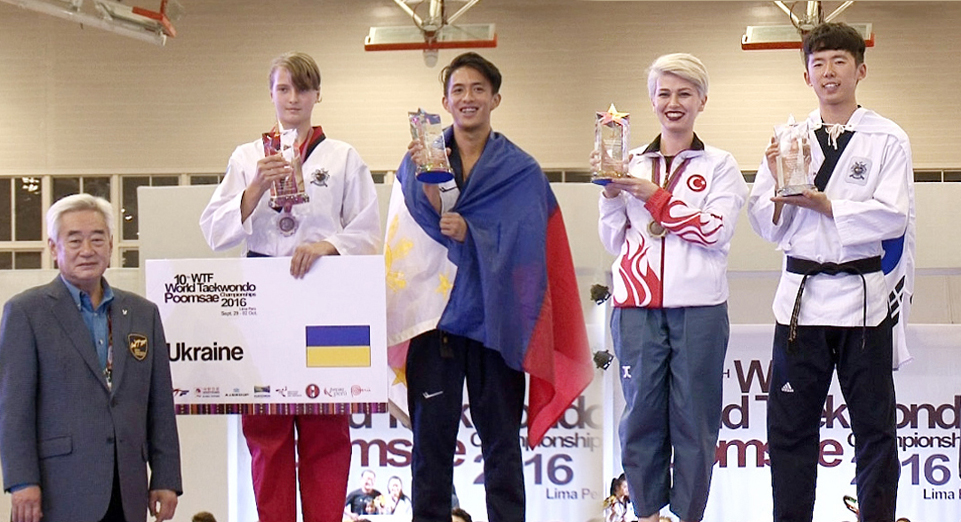 LIMA, Peru (October 2, 2016) - The 10th World Taekwondo Poomsae Championships in Lima, Peru, came to a close on Sunday with the First Lady of Peru, Nancy Lange Kuczynski, attending the final day’s action, which delivered a total of 10 gold medals to athletes from six different countries.

A total of 55 countries and 760 athletes took part in this year’s Championships – a record for the event – with the Republic of Korea topping the medals table.

MVP awards for recognized poomsae were won, in the male category, by Kwang Ho Park from the Republic of Korea and, in the female category, by Elif Aybuke Yilmaz from Turkey. For Park it was the second year in a row in which he has won the MVP award.

During her visit, the First Lady of Peru met with teams from different countries and had the opportunity to present a silver medal to Peruvian athlete Marcela Castillo Tokumori in the female individual under 30 division. Peru won one silver and three broze medals overall to finish.

The First Lady also met with WTF President Chungwon Choue to discuss the popularity of taekwondo throughout Peru. In the meeting she praised the Federation Deportiva Peruana de Taekwondo for organizing such a successful Championships.

“It was an honor to welcome the First Lady of Peru to our Poomsae Championships in Lima. After the triumph of this year’s Championships I hope that poomsae will be included on the sports program for the Pan American Games, just as it has been for the 2018 edition of the Asian Games. We have ambitions for poomsae to be part of the European Games and the All Africa Games in the future and we are continuing to work tirelessly to raise the sport’s profile in general.”

On the final day in Lima, Chinese Taipei, Vietnam, the Republic of Korea, Australia, Turkey and the Philippines all claimed gold medals. 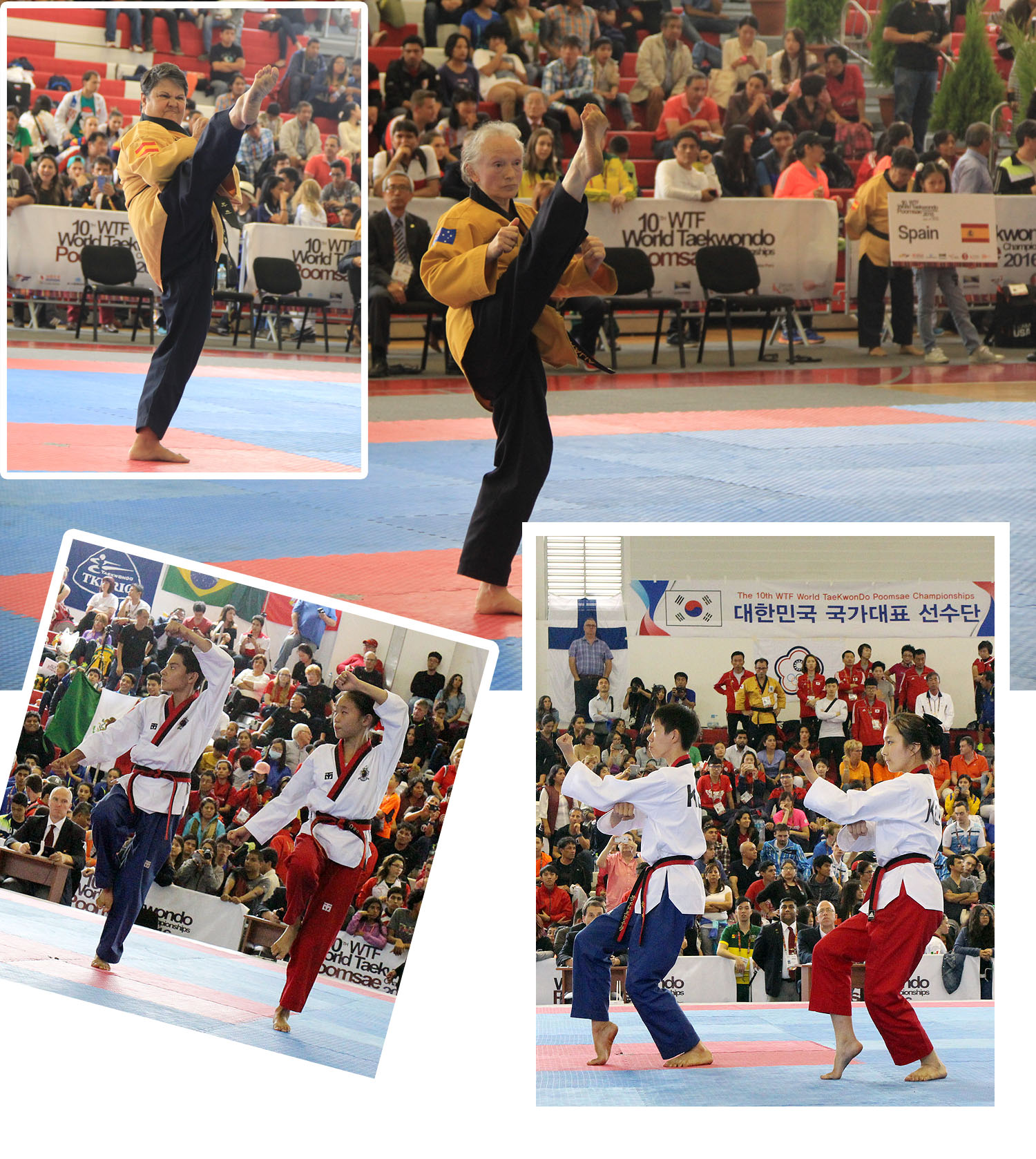 The full results are listed below: 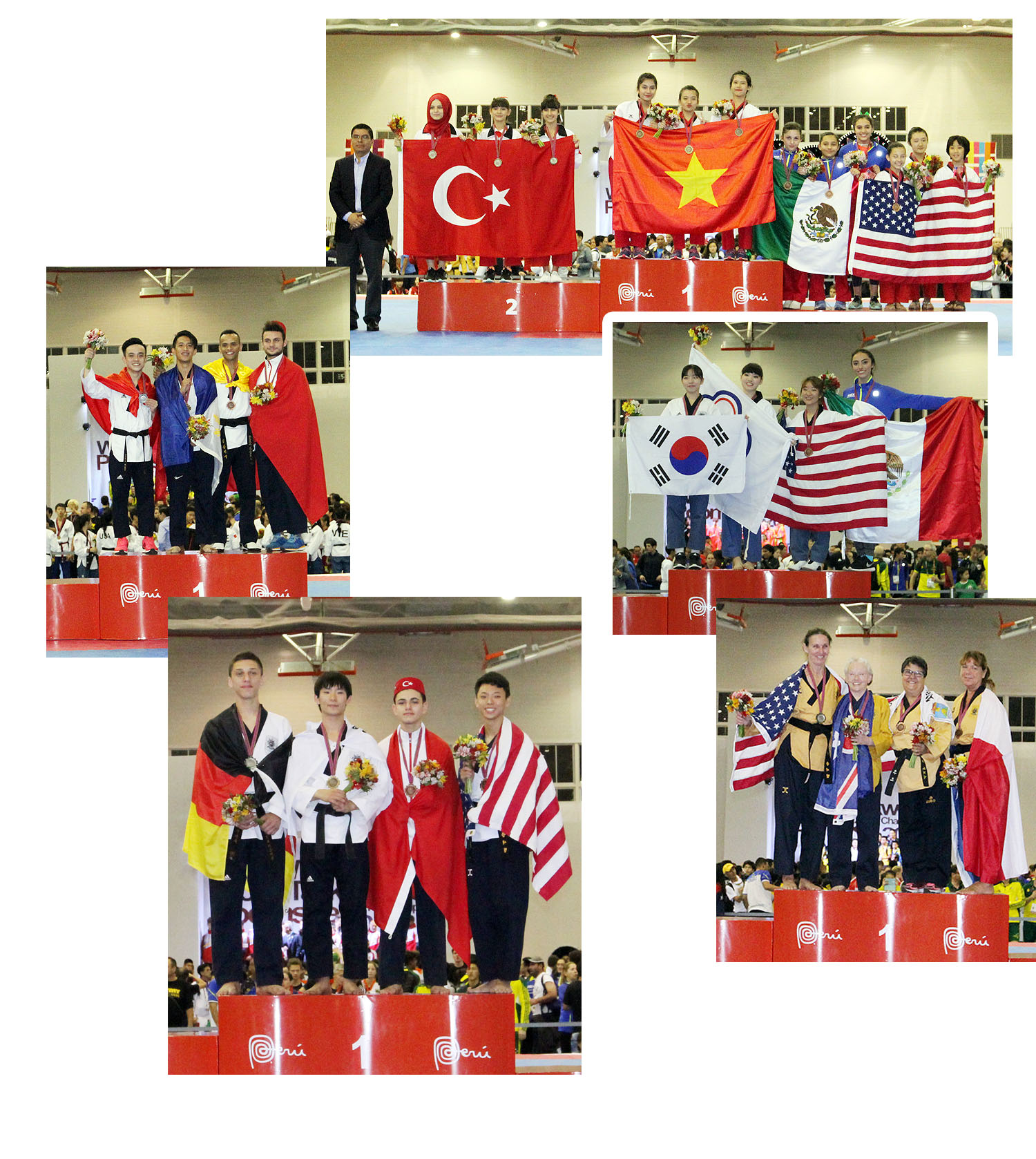