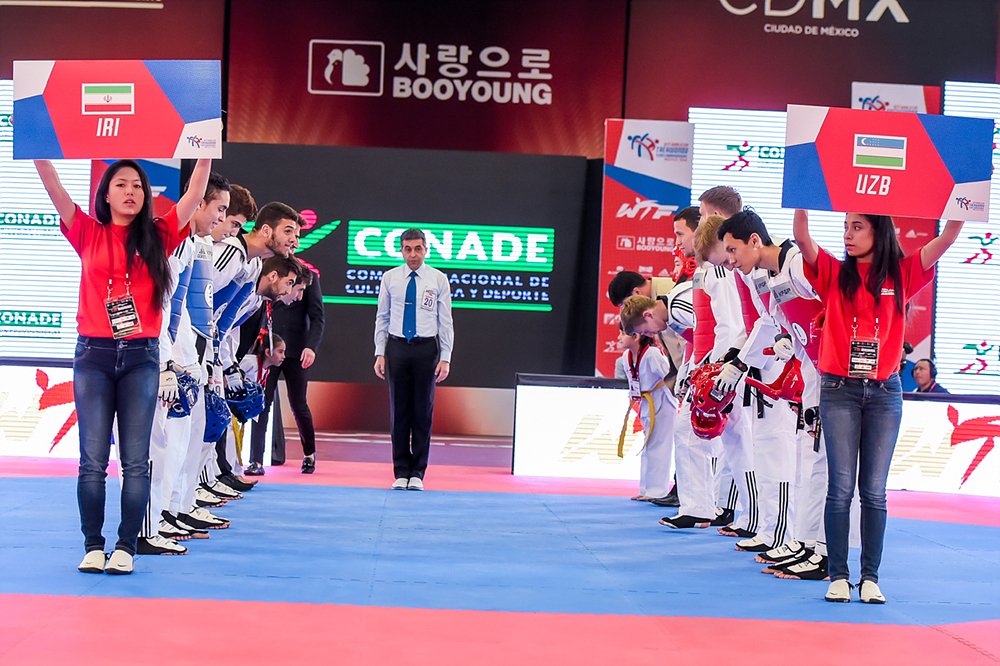 Winners will be decided after the second day of action ends on December 9.

In the first round, fighters are matched up by pre-set number. In the second and third rounds, coaches can substitute fighters as the situation demands – signaling each substitution by audio signal.

Eleven nations were represented at the event, which pitches 15 teams - eight male and seven female - against each other.

The event drew 48 male and 41 female athletes. Overseeing the competition were 88 officials and 30 referees.