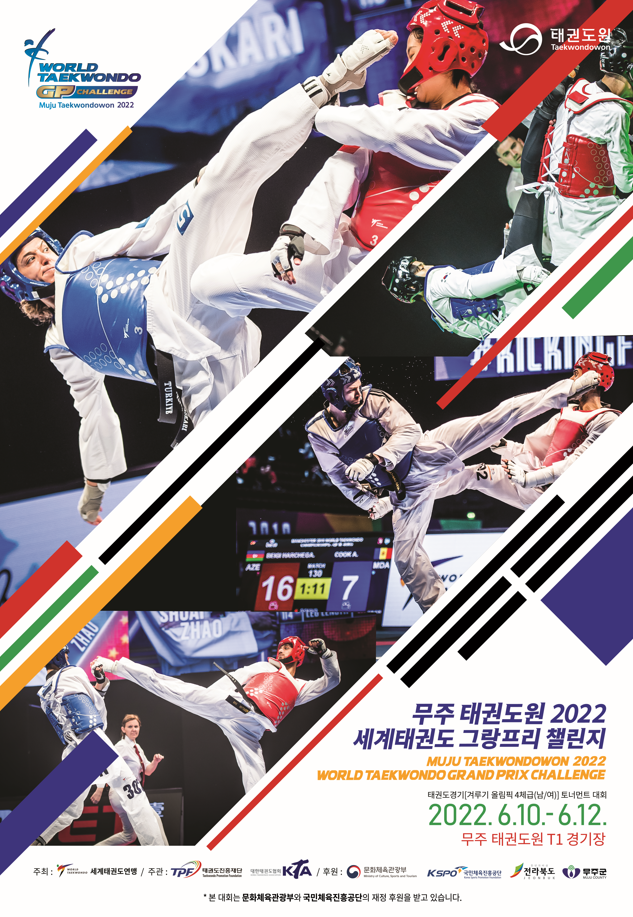 SEOUL, Korea (Jun 6, 2022) – As the Taekwondo world gears up for the first full fighting season since the disruptions of the Covid-19 pandemic, a new event is coming to the sport’s calendar: The Muju Taekwondowon 2022 World Taekwondo Grand Prix Challenge.

The competition will take place in the purpose-built Taekwondowon complex in the scenic valley of Muju, southwest Korea. An all-new G1-ranked tournament, it will feature up to 32 fighters competing in each of the eight Olympic weight categories – four male, four female – for a total of 256 Taekwondoin on the field of play.

All fighters in Muju will be below 70 in Taekwondo’s Olympic rankings. The 1st and 2nd place finishers in each weight category will win both prize money and a ticket to the elite Grand Prix, set for Oct. 21-23, 2022, in Manchester, UK.

“We are running this fixture to offer the leading up-and-coming athletes in our talent pipeline a fast stream to the very highest level of the sport,” said WT President Chungwon Choue. “Muju offers the best of the new a chance to fight against the best of the best.”

Athletes ranked 70th or above are eligible for the Grand Prix series - a key source of both elite-level competitive experience and precious Olympic ranking points.

2022’s Grand Prix series this year takes place in Rome, Italy, in June; Paris, France, in September; and Manchester, UK, in October. The series final is set for Wuxi, China, in December.