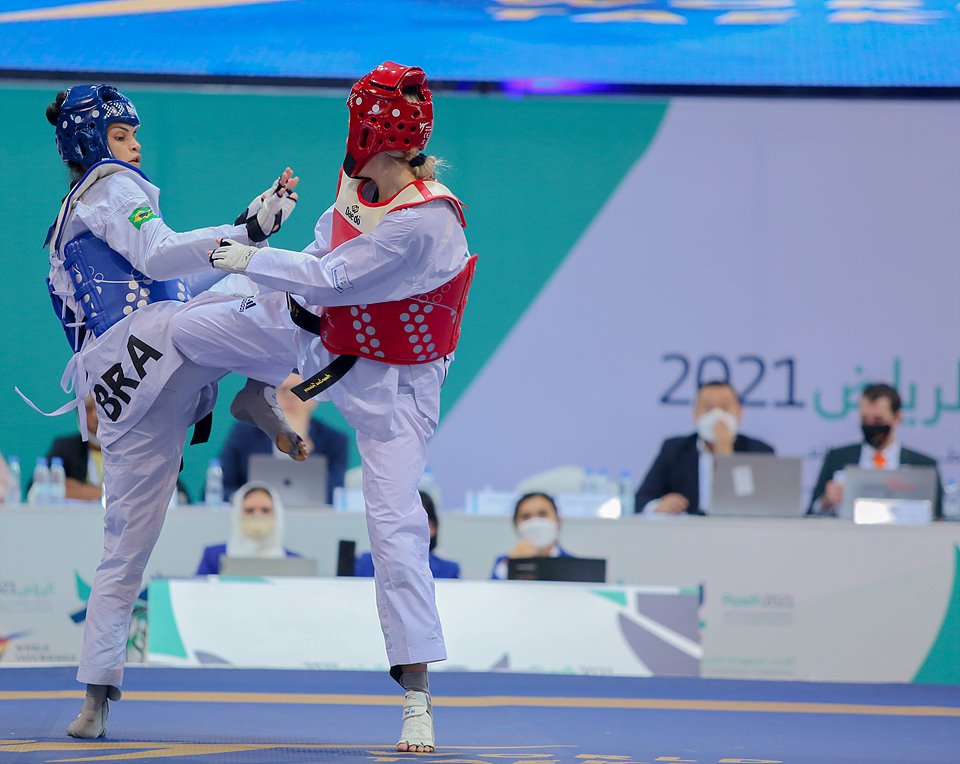 RIYADH, Saudi Arabia (November 25, 2021) – The first ever World Taekwondo Women’s Open Championship in Riyadh, Saudi Arabia got underway today with athletes from Russia, Korea, Brazil, Czech Republic and Great Britain making it through to the finals which will take place on 27 November.

A total of 62 athletes were in action on day one of competition which saw some of the world’s best athletes in the female -46kg, -62kg and +73kg kicking off the competition.

The women’s -46kg saw Russia’s Anastasiia Artamonova and Korea’s Mi-reu Kang both advance to the final. Artamonova came through a fierce semi-final against Portugal’s Michal Zrihen, winning 2-0 in a Golden Point Round. Meanwhile, Mi-reu Kang overcame Morocco’s Soukaina Sahib 41-25 in a high-scoring contest.

In the women’s -62kg, Brazil’s Caroline Santos beat Germany’s Anna-lena Froemming 20-3 to set up a final against the Czech Republic’s Petra Stolbova who overcame Iran’s Kosar Asaseh 7-6 in the other semi-final.

All of the finals will take place on November 27.

Following the semi-finals, the Opening Ceremony of the Women’s Open Championships took place which included an incredible performance from the World Taekwondo Demonstration Team.

Click here to see the photos for Opening Ceremony