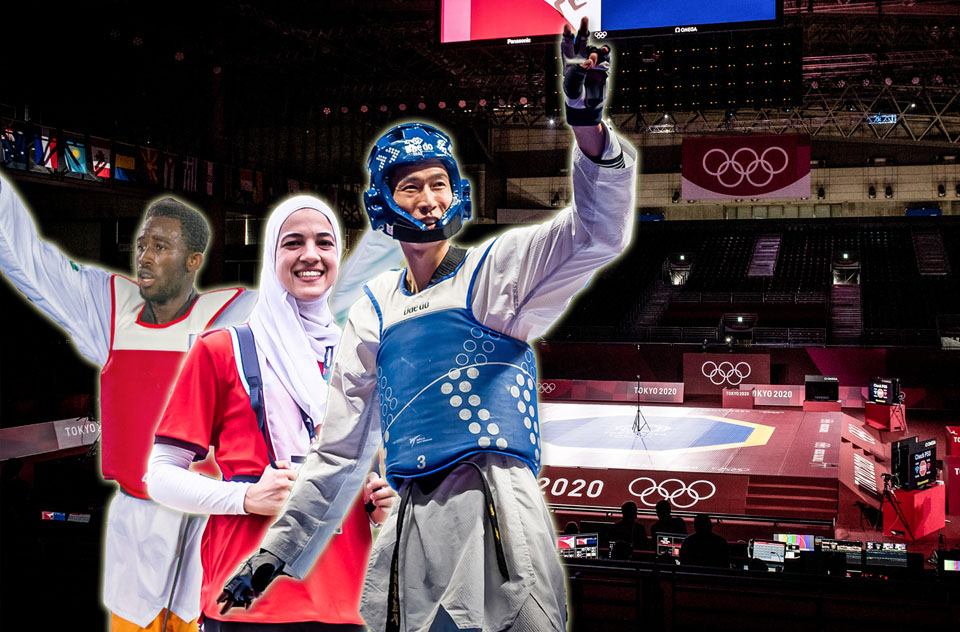 TOKYO, Japan (July 24, 2021) - A total of 14 Taekwondoins from 13 different National Olympic Committees (NOCs) were bestowed the honour of carrying their country’s flags during the iconic athletes’ parade at the Opening Ceremony of the Tokyo 2020 Olympic Games.

The historic Opening Ceremony at the Tokyo Olympic Stadium was without spectators due to COVID-19 safety measures but that did not detract from the sense of emotion and occasion. The strong representation for taekwondo reflected the broad popularity of the sport and how well established it is in many countries around the world.

For the first time at an Opening Ceremony, countries were ordered by Japanese alphabet meaning athletes from countries like Zambia and Zimbabwe no longer had to wait until the very end for their turn. To promote gender equality one male and one female athlete from each NOC were also selected as flag bearers.

The full list of Taekwondoin flag bearers can be found below: