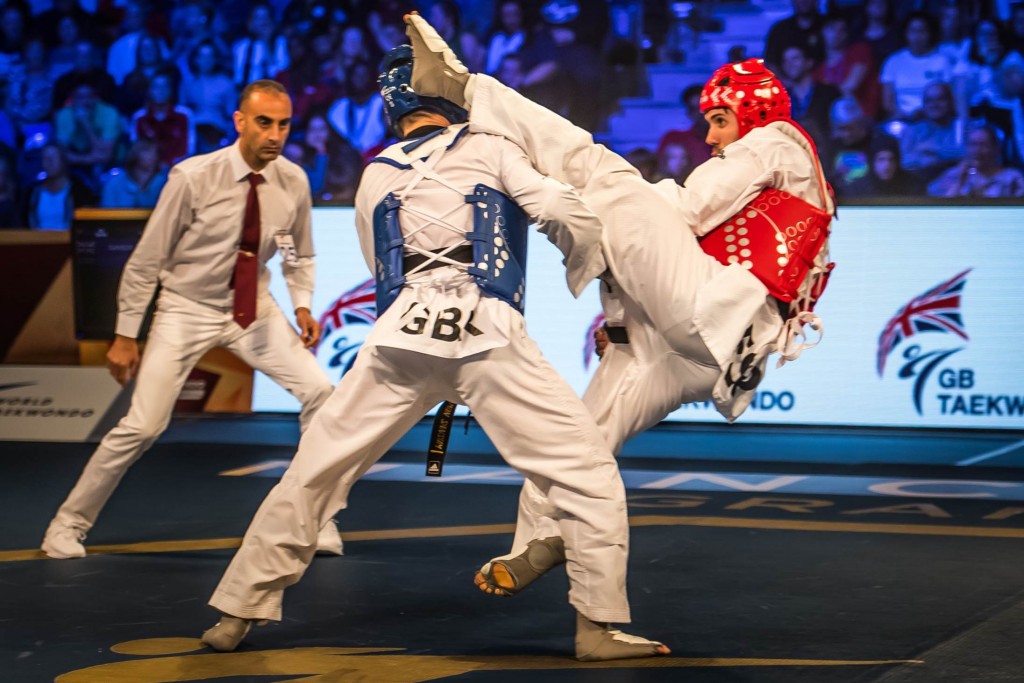 MANCHESTER, UK (Oct. 21, 2018) – The penultimate Grand Prix of 2018 came to a close, as Great Britain claimed its second gold of the tournament, whilst Spain claimed its first on yet another exhilarating day of action in Manchester.

The bronze medals were claimed by Seif Eissa of Egypt and Nikita Rafalovich of Uzbekistan. 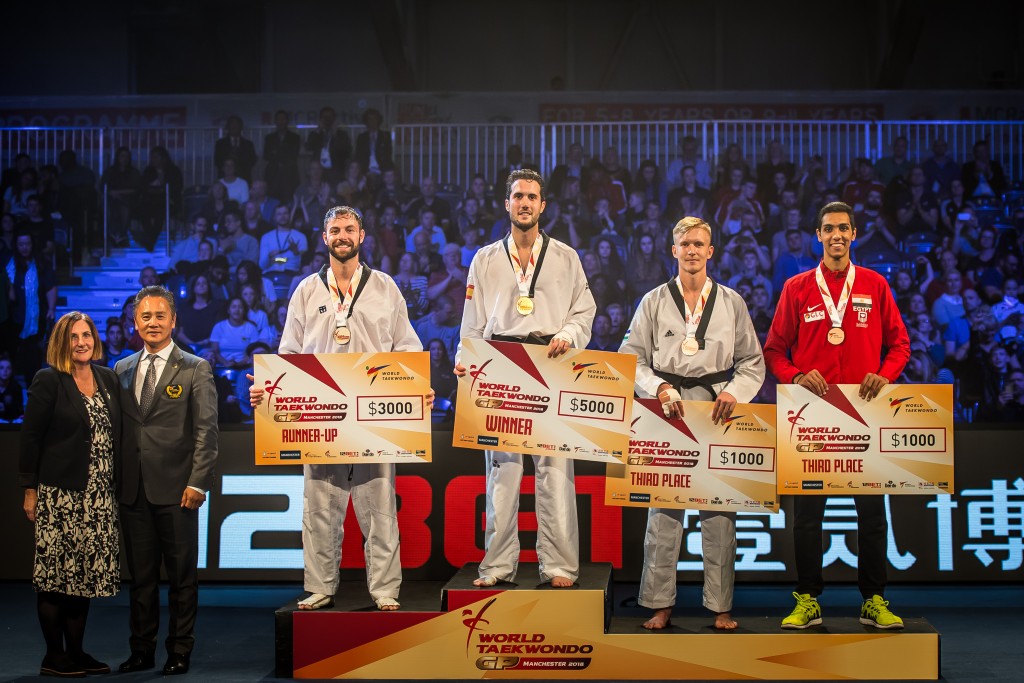 Double Olympic champion and crowd favourite, Jade Jones of Great Britain and Lijun Zhou of China fought in the last final of the Grand Prix. Jones came out of the blocks flying as she immediately landed a kick to the head, but when doing so she fell to the ground, meaning that she also conceded a gam-jeon. Jones used the energy of the crowd in the final stages of the first round as she successfully landed a punch and kick to the trunk. After round one, Jones found herself 7-1 up. Jones began the second round just as confidently by landing another kick to the trunk. Zhou tried her best to fight her way back into the match, but Jones was too strong defensively. Zhou would go on to land a punch to the trunk, meaning that the round finished 9-2. Both fighters began the third round with intent, but no points were scored until Jones landed a kick to the trunk after 30 seconds. With one minute to go, Jones was 11-2 up. Zhou went on to claim two points by landing consecutive punches to the trunk, but in the end it was not enough. Much to the delight of the energetic home crowd, Jones claimed her seventh Grand Prix title with an emphatic 11-4 victory.

Skylar Park of Canada and Raheleh Asemani of Belgium won the bronze medals on offer. 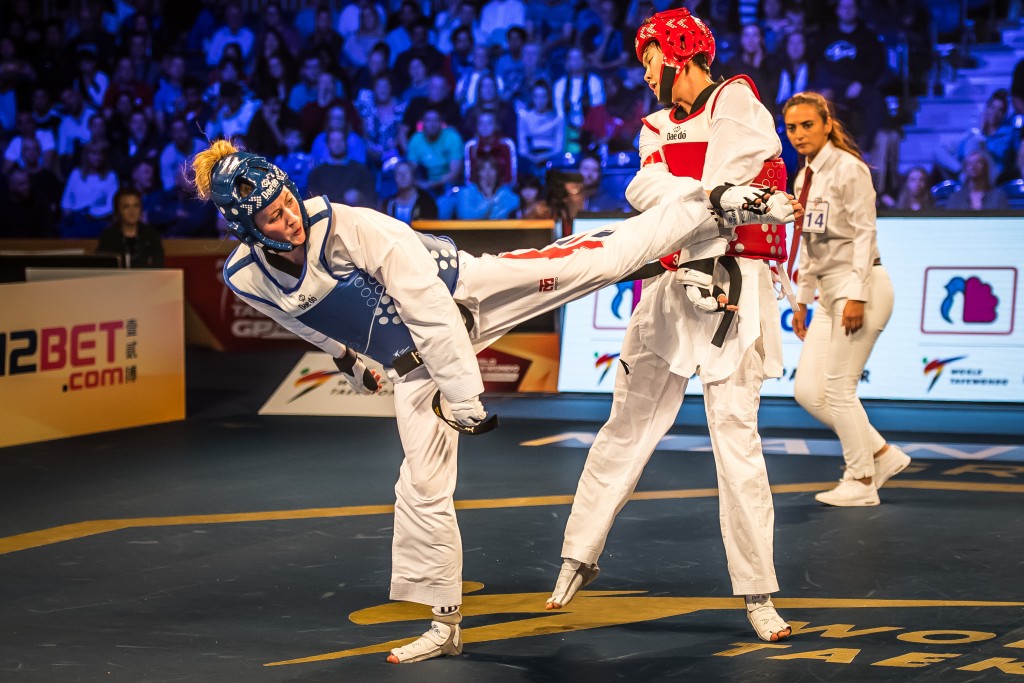 The last World Taekwondo events of 2018 will be the Grand Prix Final and Team Championships, held in Fujairah, UAE, on 22-25 November.