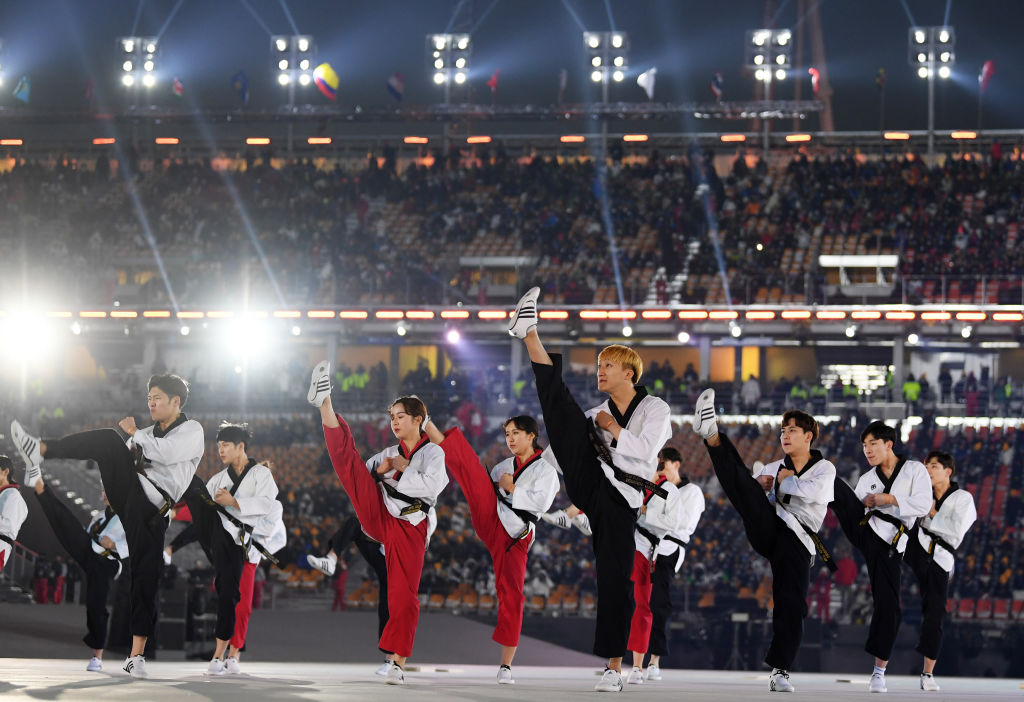 PYEONGCHANG, Korea (Feb. 9, 2018) – Taekwondo players from both sides of the Korean peninsula, representing World Taekwondo (WT) and the International Taekwondo Federation (ITF) performed together at the pre-show of the Opening Ceremony of the PyeongChang 2018 Winter Olympic Games.

The collaborative demonstration was an iconic moment for taekwondo and the Olympic Movement as it reflected the sport’s power to bring the two Korean nations together. Defying sub-zero temperatures, the event took place on an open-air stage at the PyeongChang Olympic Stadium ahead of the PyeongChanng 2018 Opening Ceremony.  The demonstration set the tone for an Opening Ceremony which sent out a strong message of peace to the world with athletes from the Republic of Korea and the Democratic People’s Republic of Korea marching out together behind one flag.

World Taekwondo President Chungwon Choue said, “Today is a historic moment for World Taekwondo and the International Taekwondo Federation and the Korean Peninsula. At a time of growing global tensions, the joint performance of the WT and ITF demonstration teams in PyeongChang and the subsequent march of the Unified Korean Olympic Team at the PyeongChang 2018 Opening Ceremony sent out a strong message that sport has the power to bring countries together and open up dialogue.” 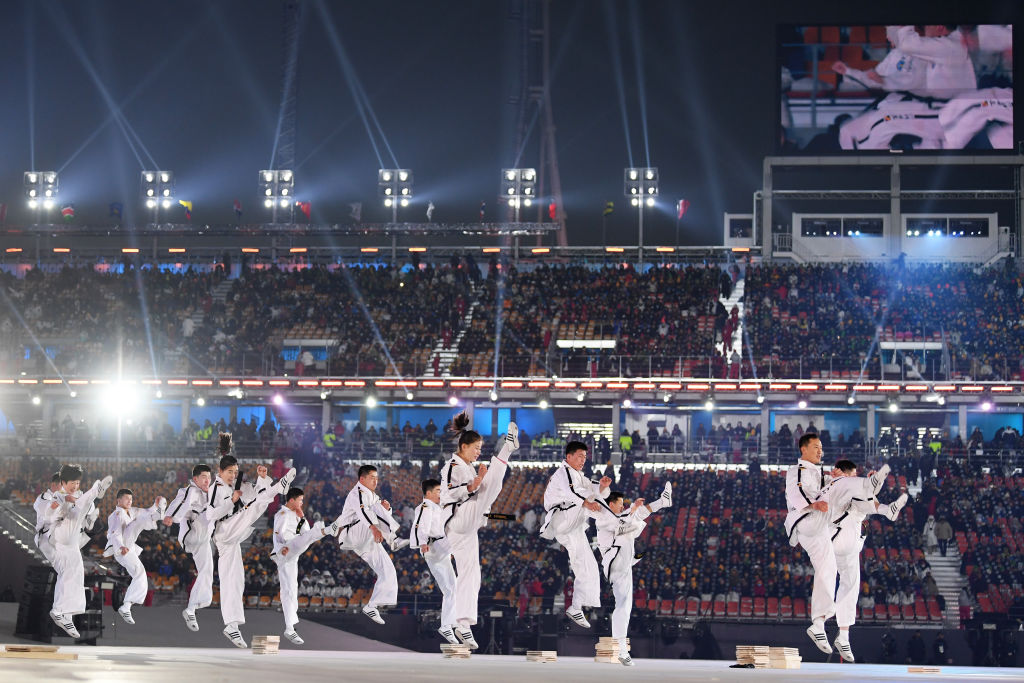 The WT demonstration team was the first to perform at the pre-show, smashing boards with high kicks. They were followed by the ITF athletes, who showcased a range of power moves. The two teams then carried out a joint demonstration. Throughout, the performers enjoyed the vocal backing of 200 North Korean cheerleaders applauding every move.

The ITF and WT signed a Protocol of Accord with the full endorsement of IOC President Thomas Bach in August 2014. The MOU was signed on the sidelines of the Youth Olympics in Nanjing, China.

Amid a number of inter-Korean reconciliation moves taking place during the Winter Games, the two teams will also perform a demonstration in the coastal town of Sokcho, then will stage two events in Seoul, before the ITF guests return home.