top
Bopha Kong – Ones to Watch 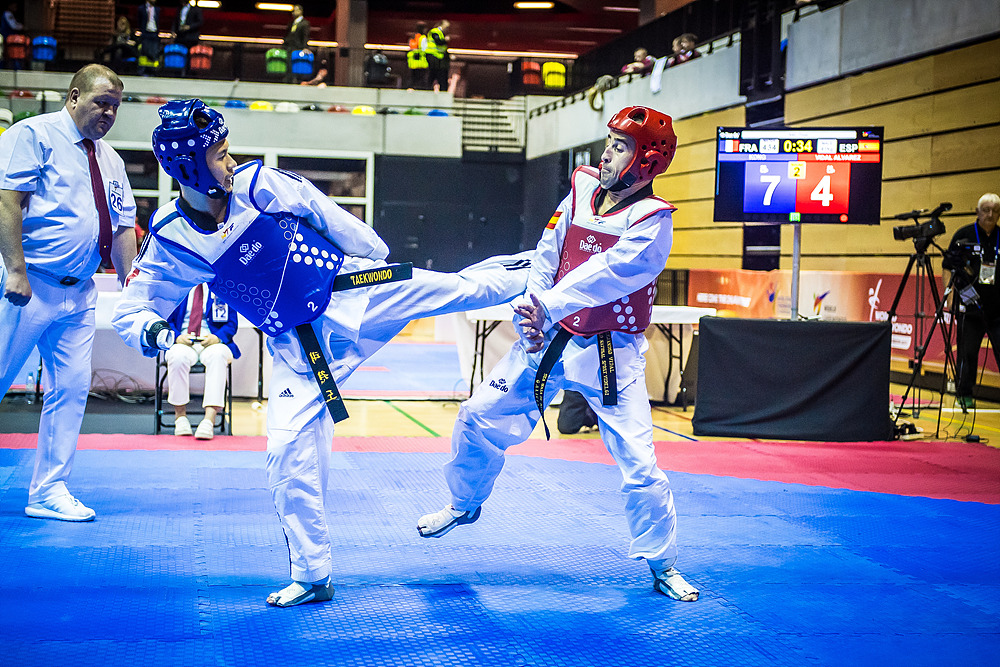 The three-time world champion heads into 2018 as the No. 1-ranked fighter in his division, and one of France’s biggest medal contenders for the 2020 Paralympics in Tokyo.

For France’s Bopha Kong – Para taekwondo’s initial world champion in the u61kg K43 division – his drive to succeed is simple:

“I want to be the most beautiful competitor in the world of Taekwondo”, he tells the IPC.

Para taekwondo is his craft

Forced to switch from boxing to Para taekwondo after losing his hands in an accident at the age of 18, Kong turned to martial arts philosophy to help cope with the loss.

“Martial arts develops your self esteem”, he says. “It develops a respect for the word in you, a sense of community, and a feeling of empathy.”

So he headed back to the gym and has since become one of France’s best hopes for a medal at the 2020 Paralympics in Tokyo.

Heading into the US Open this month – 2018’s first tournament for ranking points – Kong is the No. 1 ranked fighter in the world.

Last year he defeated Canada’s Anthony Cappello in the US Open final. He hopes to repeat the feat this year.

To that end, he makes a significant commitment to training. He focuses on technical improvements and video analysis at three club trainings each week and works on physical training nearly every day.

“Para taekwondo competition is growing and becoming much stronger technically”, he points out. “To the point that some fighters could probably compete with [able-bodied] ones!”

My dream is to be the best of the best

After becoming Para taekwondo’s first world champion, his next goal is to become its first Paralympic champion.

“The one that wins is the best of the best. This achievement is my dream – to be the best in the world”, he says.

“The best players make me feel more than alive”, he says. “Like I can go beyond my limits”.