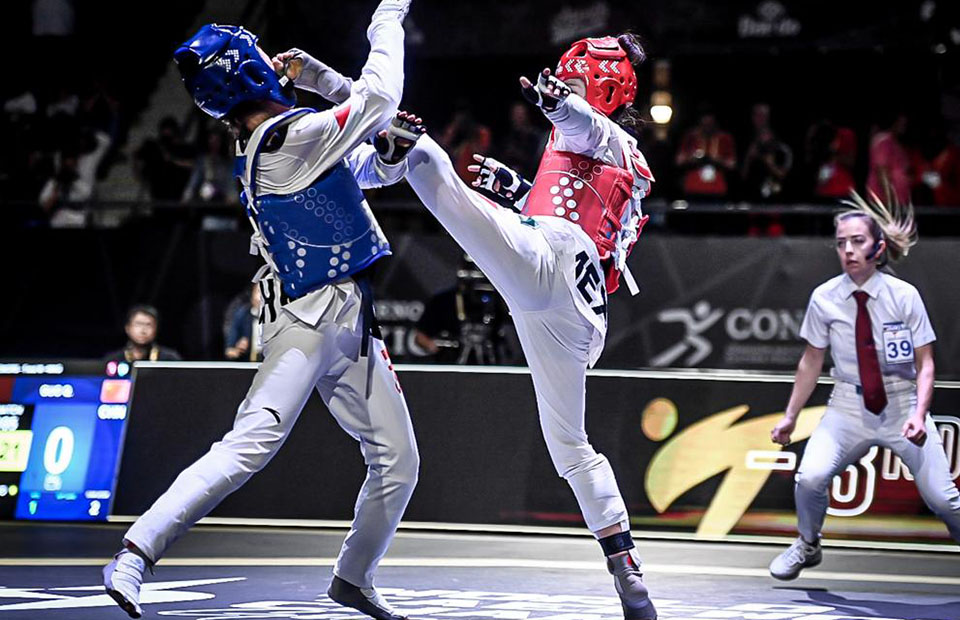 That put both nations at the top of the medal tables in Guadalajara with two golds per piece, on just the third day of the contest.

The final pitched China’s Qing Guo against hometown favorite Souza. In the semis, Guo had won with a first-round KO, but Souza had won a fraught semifinal fight in extraordinary style – coming back from behind with a jumping, spinning round kick to the head in the fight’s last second.

As battle commenced, Guo had the height and leg-length advantage; Souza looked more mobile. It was 1-1 before Souza landed with a head kick, taking the board to 4-1. She sacrificed two points for running and falling, but won Round 1, 4-3.

Souza started 2-1 up, but Guo land a head kick, followed by a tumble: 4-2 to the Chinese fighter, Souza equalized with a body kick, 4-4. Souza was penalized for grabbing, then ate a head kick. After a last-seconds blitz of spinning kicks from Souza, Round 2 ended 8-4 to Guo.

So: The third would be the decider.

Buoyed by a roaring crowd, Souza moved decisively in Round 3. She moved ahead with a combination of points, including a textbook head kick, for an 8-0 lead. In the final seconds, Guo went all out, forcing Souza to backpedaled and tumble, but it ended 8-2, and gold for Souza – with a delighted crowd going ballistic.

The latter was knocked out in the first round of her semi-final, but nevertheless recovered for the medal ceremony. With a bronze in hand, she became the first female athlete from the kingdom to win a medal in a WT championship.

Both men started fast, fighting for advantage on the FOP. Kwon lost a point for grabbing, but landed a body shot to go 2-1 before losing another gamjeon and being kicked out of the area. However, he grabbing three points with a head kick, so: First Round to Kwon.

Round 2 continued with Kwon being penalized for grabbing as Sinden pressured him on the perimeter – but again, he clawed back the lead with a body kick, going 2-1 up. Kwon was again thrust out, taking the board to 2-2, then Kwon snapped an oblique kick to the body, going 4-2 up. A fast head kick and a fall by Kwon shifted the board to 7-3 in the Korean’s favor. The last seconds were all action, but the defending champ was unable to capture a lead and it ended decisively, with a 10-7 victory for Kwon in the second round.

Reza Kalhor of Iran – who had fought a truly epic battle against Sinden in the semis – and Javad Aghayev of Azerbaijan won bronzes.

Things will be busy tomorrow as the M-74kg, M+87kg and the W+73kg categories are contested. 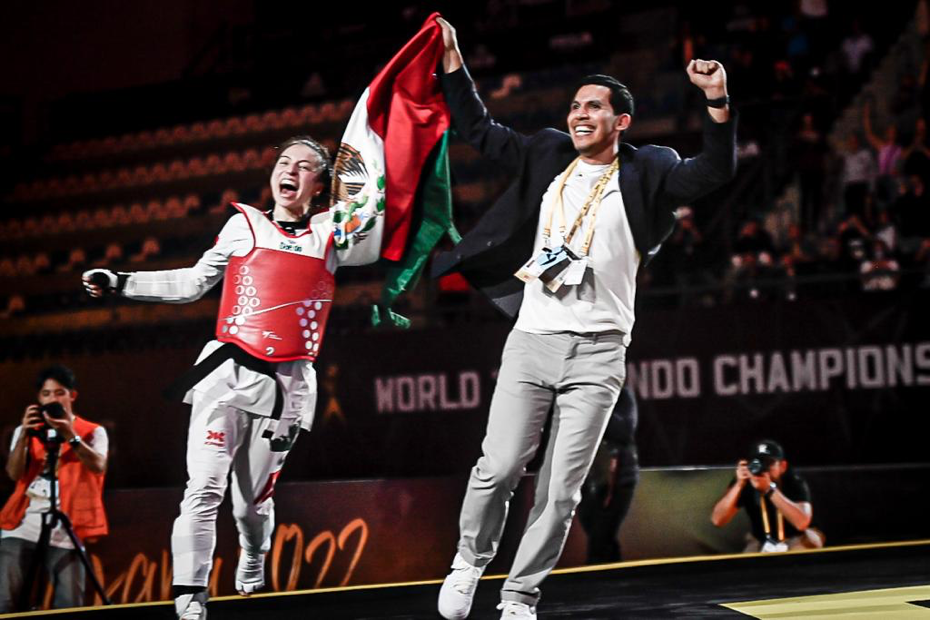 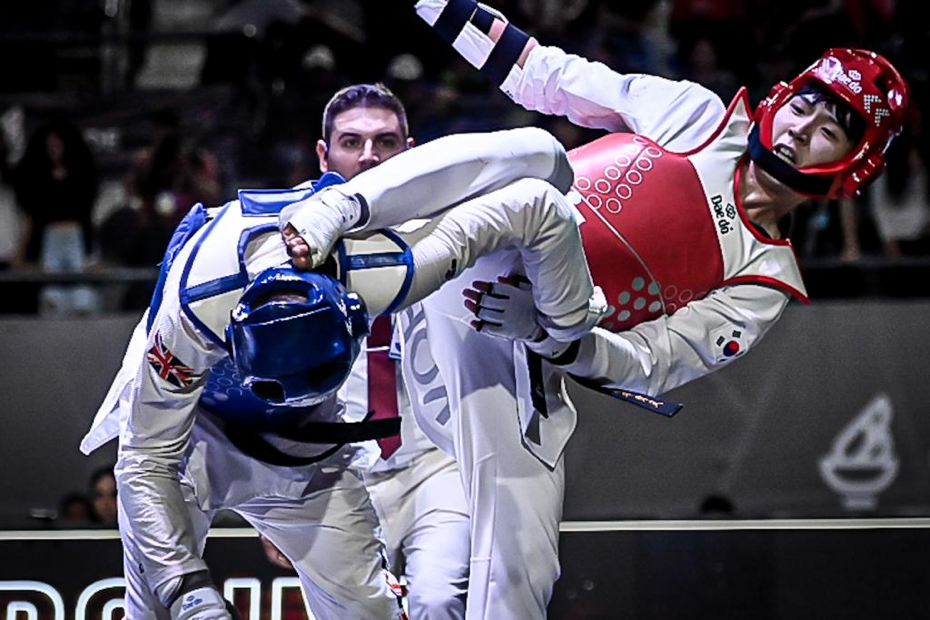 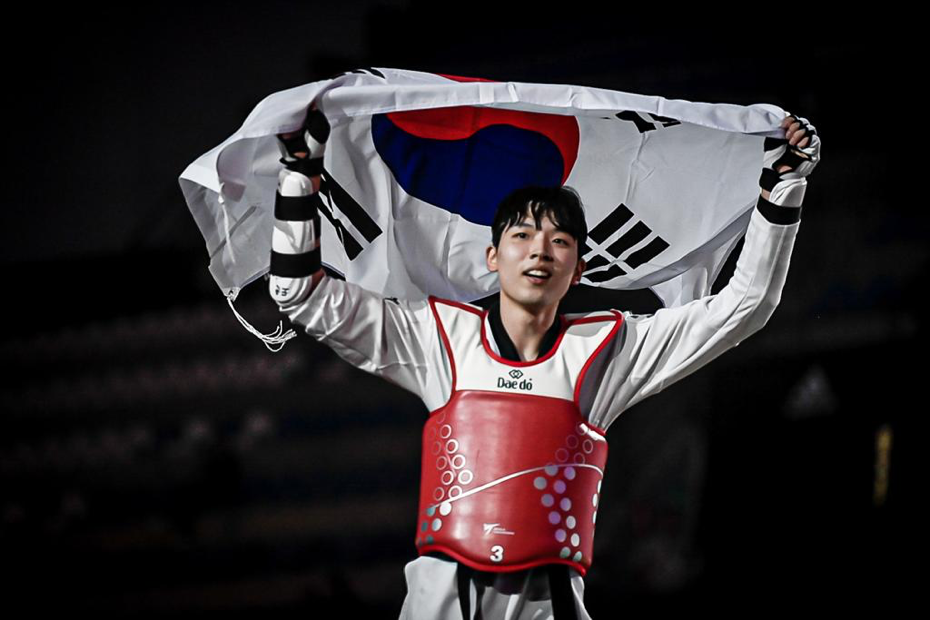 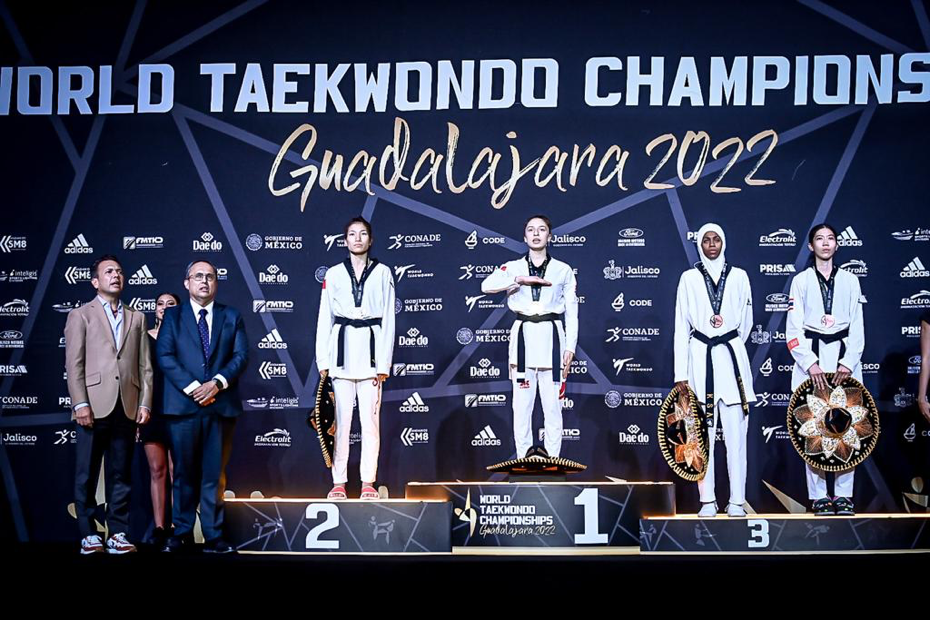 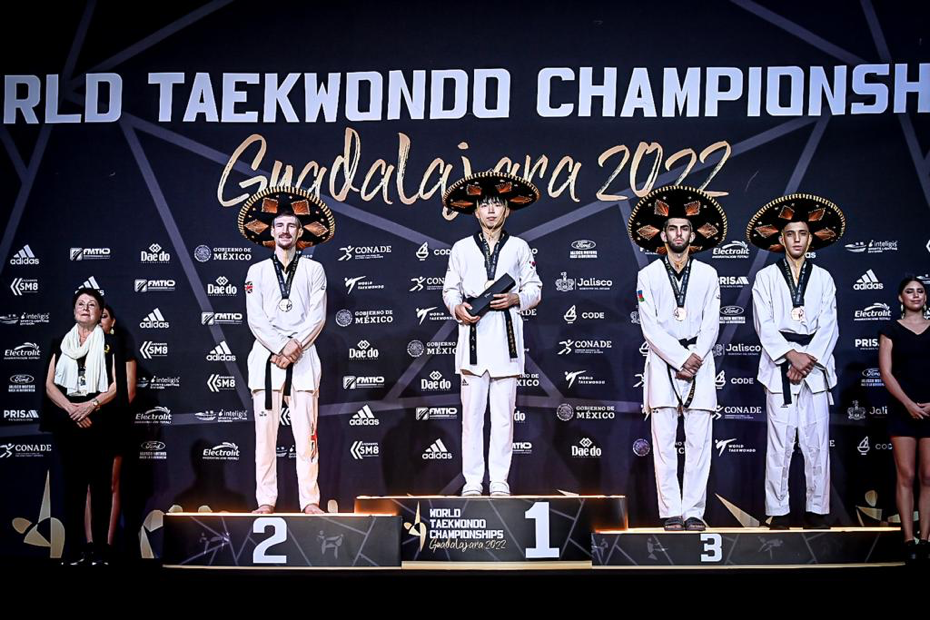