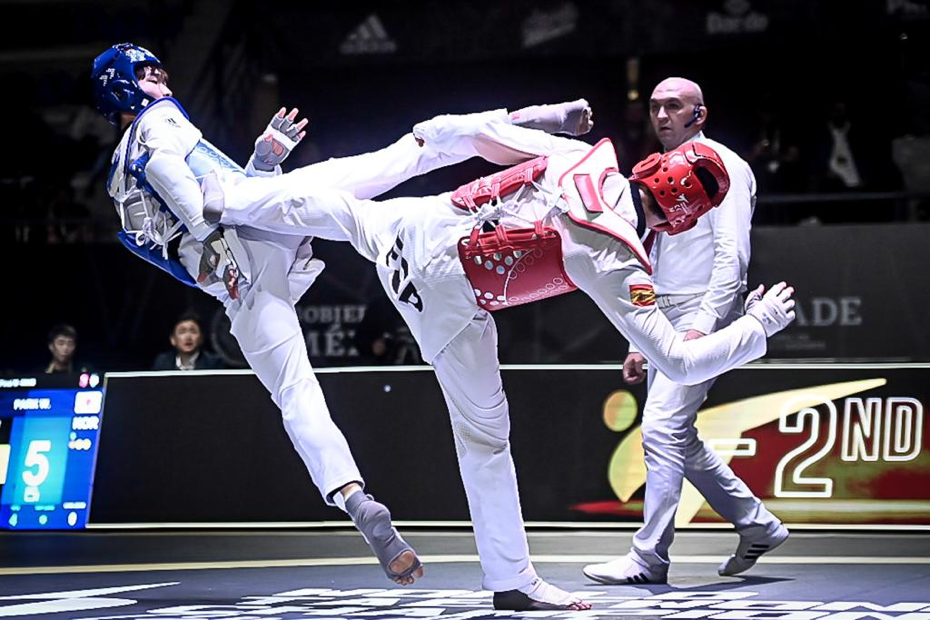 It was Asia all the way on Day 1 of the Guadalajara 2022 World Taekwondo Championships, with two new champions from China and Korea being crowned.

The final in this highly competitive category was a showdown between the number-one ranked of Team China and 11th ranked Chia-ling Lo of Chinese Taipei.

Battle commenced with a feeling-out process, both fighters exchanging probing kicks at range, closing, and trying to land in the clinch. It ended 2-1 to Luo.

The second round continued in like fashion, with both fighters – similar in physique and technique - cancelling each other out. Though the points at the end of the second were even at 1-1, Luo took the round – and the match, and the gold – on superiority.

The final pitted Jon Cintado Arteche of Spain against Team Korea’s Woo-hyeok Park. It promised to be a scorcher between two very different warriors. Cintado Arteche is a physical bulldozer and a wicked spin kicker; Park is an incredibly mobile player with a vast arsenal of technique.

It was intense from the start: both fighters attacked with venom. Park racked up two points with two punches; the crowd roared at the Spaniard’s spin kicks, which missed by a whisker. It ended 2-0 to Park.

In Round 2, Cintado Arteche had to fight forward, but it was Park who set the pace, kicking forward, putting his opponent on the back foot and taking the lead from the outset. In the final seconds, Cintado Arteche surged forward with jump spinning kicks, driving Park off the mats, but it ended 8-4 to the Korean. And with the best of three rounds in his pocket it was gold to the Korean, silver to the Spaniard.

Mehran Barkhordari of Iran – who had fought a sensational battle against Park in the semis – and consistent medalist Seif Eissa of Egypt went home with bronzes. 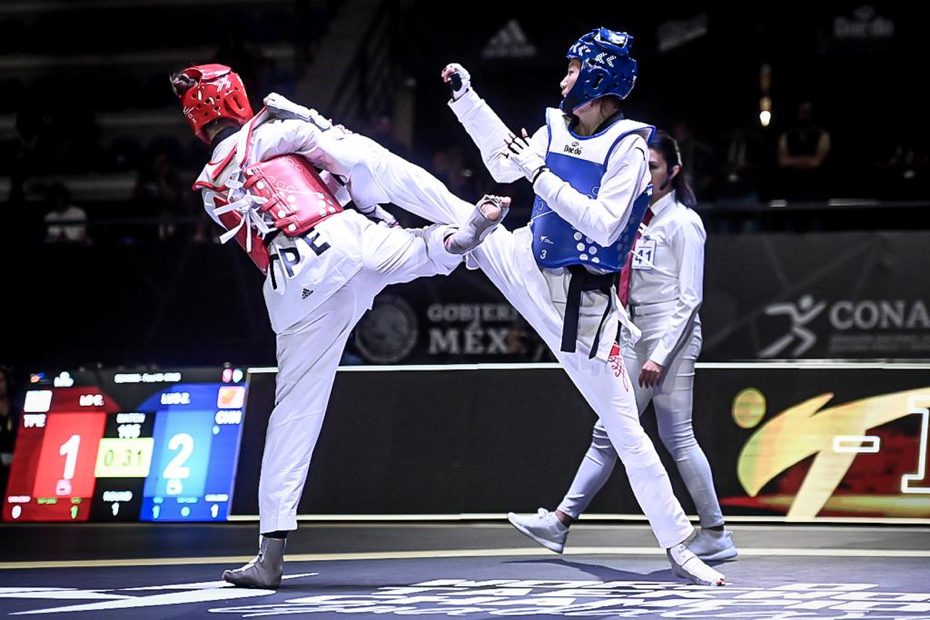 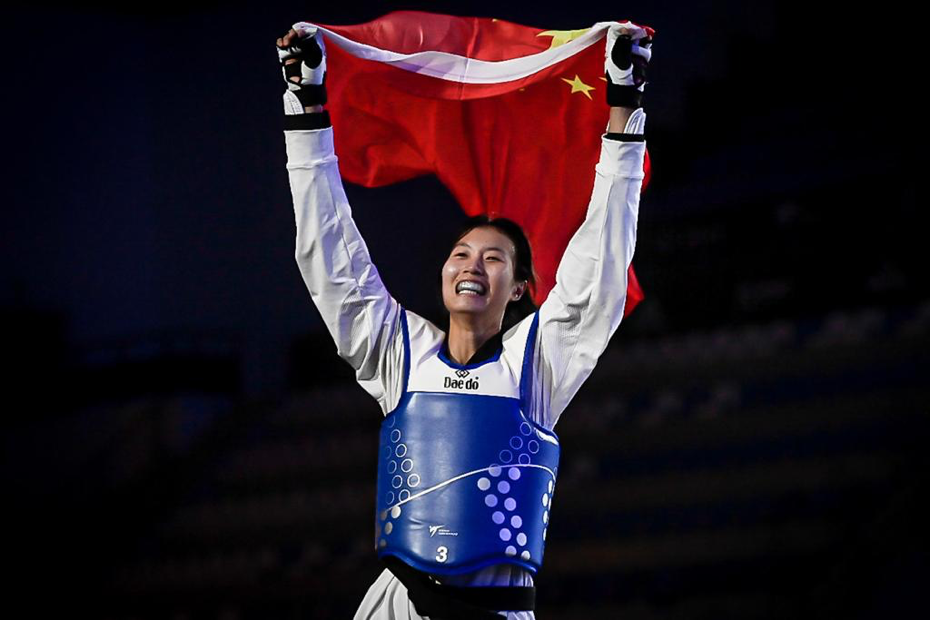 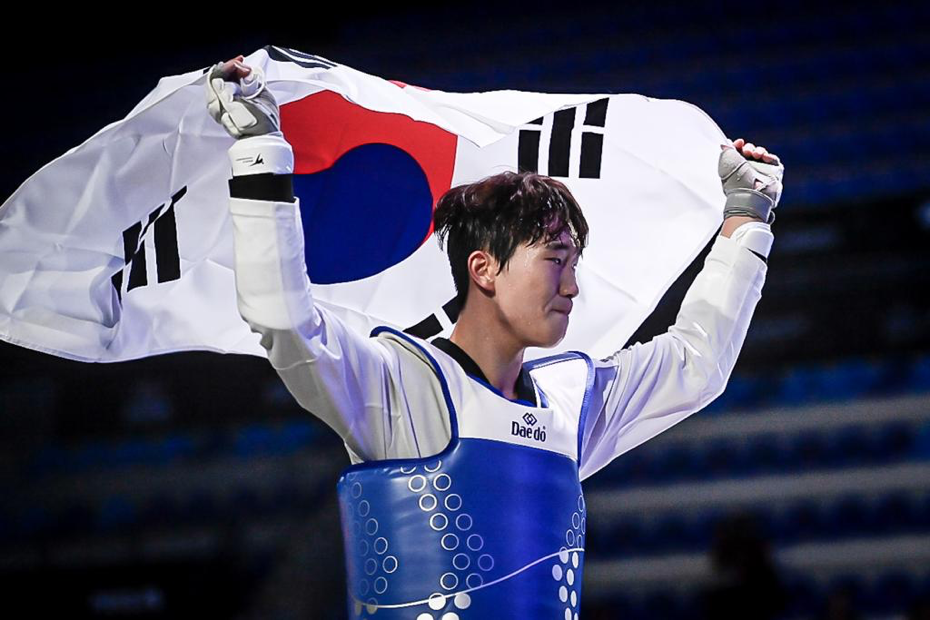 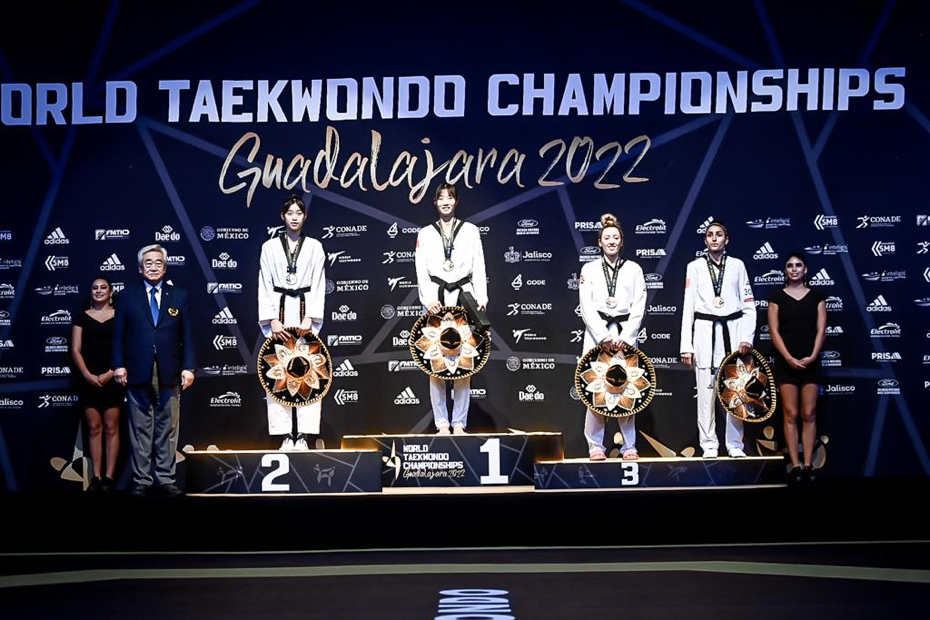 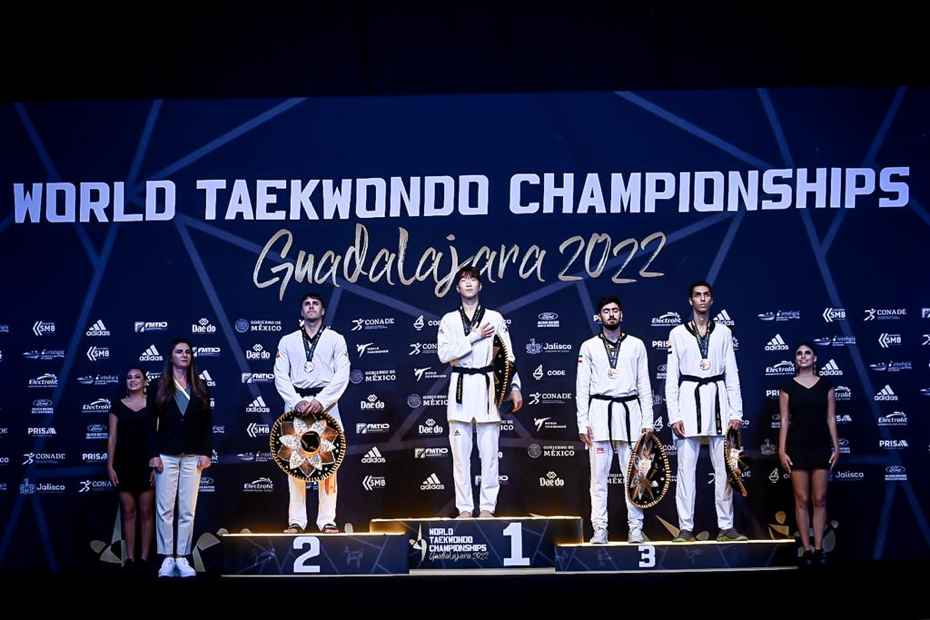