ROME, Italy (Jun 4, 2022) - At just 22 years’ old, Korea’s Jun Jang has already got a medal collection many seasoned athletes would envy, but on Friday night at the Roma 2022 World Taekwondo Grand Prix he added one more gold to his impressive tally.

Jang competed at his first Grand Prix in 2017. By the end of 2019 he had won five Grand Prix gold medals, one silver and one bronze. But then, with the outbreak of the COVID-19 pandemic, like all athletes, he faced a long break without any competitive Taekwondo. He competed at the Olympic Games Tokyo 2020 last year and continued his rich vein of form by winning a bronze medal.

He entered 2022 full of confidence but one month ahead of the Roma 2022 World Taekwondo Grand Prix he caught COVID-19.

“The last month I got COVID so the recovery was very hard. It was difficult to train while I was recovering,” Jung said. “It has been a long time since I participated so to have competed and won gold, I am delighted.”

It was not just the break from COVID-19 which presented challenges but also the introduction of the new best of three rounds format which is being implemented for the first time in Rome.

“It was the first time to use these new rules so I was very pleased with how I adapted. In all my fights yesterday I played them the same and did my best all the time. If I got to two rounds first, I was able to save my energy and didn’t have to fight in a third round which helped me later on. I like the new format”

Looking ahead, Jung has very clear ambitions “only gold medals,” he says with a smile. “This year I already competed at the Turkish Open and Fujairah Open so I already have got 40 ranking points. Now I want to focus on the Grand Prix. I will go step by step. Next is Paris. I will also compete in Guadalajara at the World Championships. I am focused on participating at the Olympic Games in Paris. I want to qualify with a top ranking so I need to win as many gold medals at the Grand Prixs as I can.”

At Tokyo 2020, Jung won bronze which was an incredible achievement for a debut Games. He lost out making it to the final at the hands of Tunisia’s Mohamed Khalil Jendoubi who he faced in last night’s final in Rome and beat.

“When I faced him [Jendoubi] in the Olympics it was the first time I had competed against him,” Jung said. “I didn’t know his style. After the Olympics I did a video analysis so that’s why here in Rome I was able to make other strategies.” This research clearly paid off as he won Grand Prix gold.

At Paris 2024 he hopes his experience and increased knowledge will pay off in the same way.

“In Paris I know the other athletes and their strategies better. I didn’t know them in Tokyo. So now I know more I hope to do better.”

For Jung, better at Paris 2024 can only mean silver or gold. And it is clear that when it comes to medals it is “only gold” he is after. 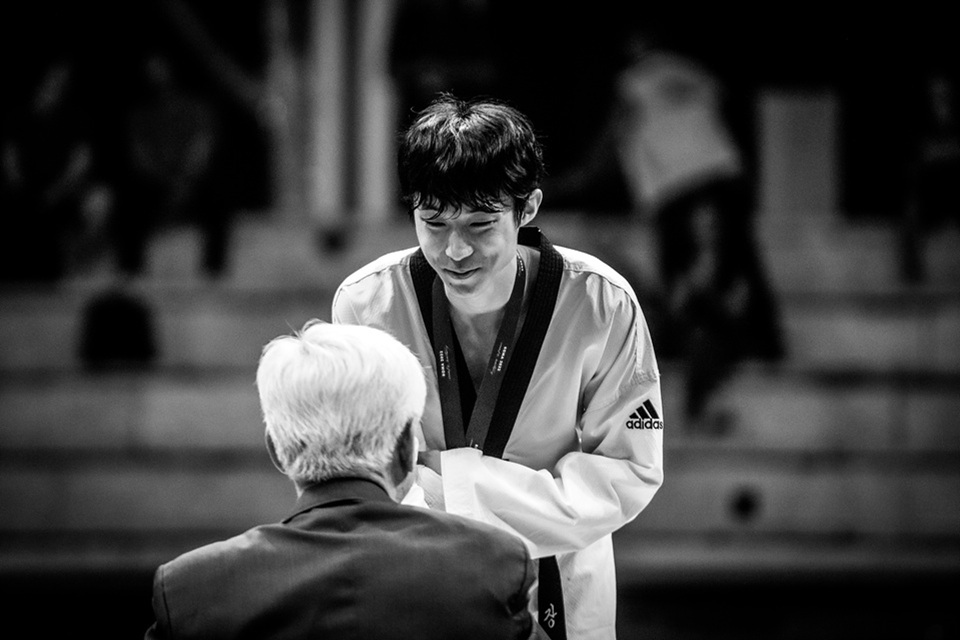