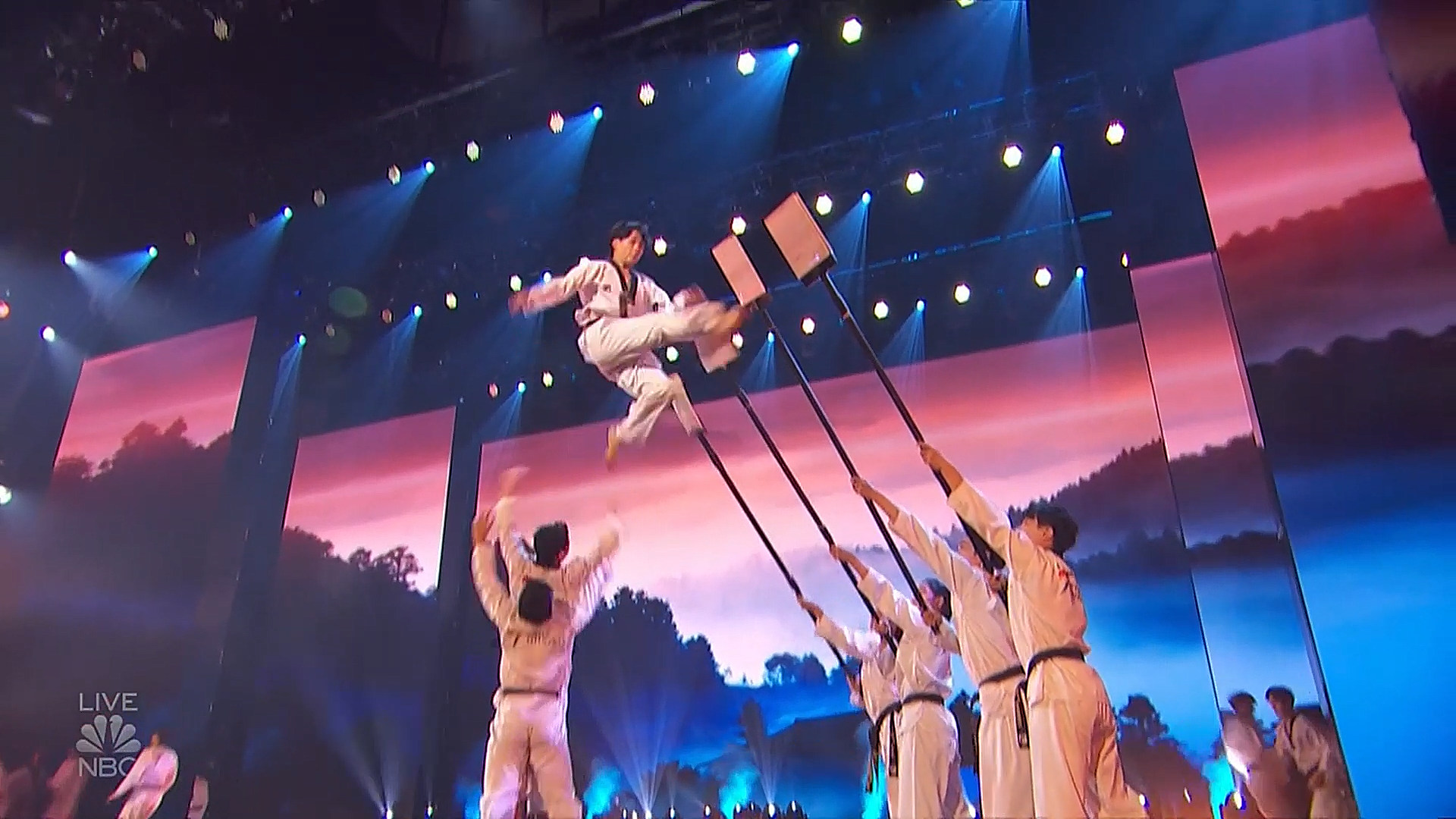 Hollywood, USA (31 August 2021) - The World Taekwondo Demonstration Team tonight delivered another superb performance in the semi-final of America’s Got Talent.

The world-renowned team performed under the theme of overcoming disasters and living together with hope, spreading an important message to the show’s global audience. The captivating performance concluded with the team revealing a banner which read: 'Goodwill Cooperation Service.'  Their performance received a loud roar of applause from the audience.

The Demonstration Team were praised once again by the judges and received a standing ovation. Judge Heidi Klum said, "When you think 'Could it get repetitive?' No! It never does! You always top it. You bring something else. This time you brought the blind folds. It was incredible!" Judge Howie Mandell once again called the Demonstration Team the “best act of the night” and said he “could watch for two hours straight.”

Host Terry Crews exclaimed to his Golden Buzzer act, “the danger level is off the charts!” A member of the team smiled said there are more surprises in store if the team advances to the final.

Five semi-finalists from tonight’s show will make it through to the final of America’s Got Talent on 14 September and will be revealed on tomorrow’s results show. Three acts will be decided by the American public and two by judges’ decision.

Voting opened at 20:00 Eastern time and closes at 07:00 Eastern Time on 1 September. You must be 13 years or older and located in the United States or Puerto Rico to cast a vote. Those eligible to vote can vote on the following link: https://agt.vote.nbc.com or through the America’s Got Talent app.