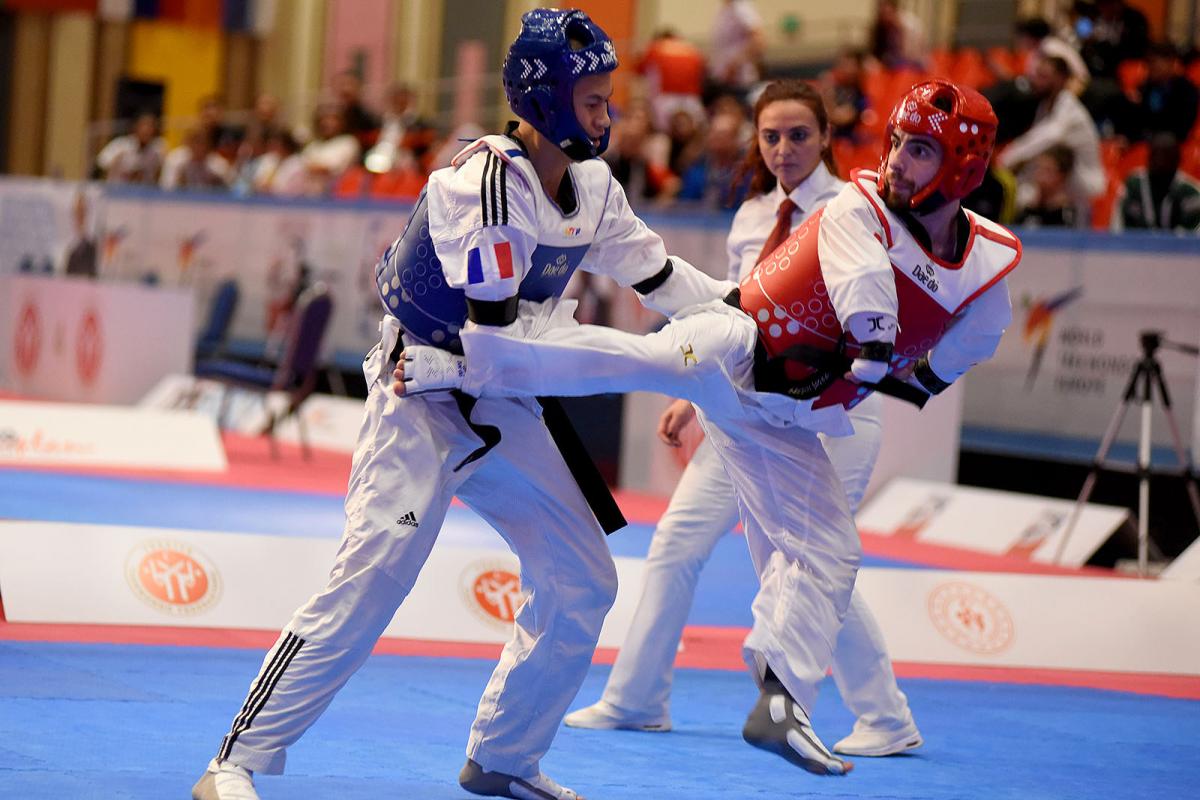 Lee Reaney | For the IPC

(June 8, 2020) - The younger sibling to fellow martial arts like karate and judo, taekwondo is defined by its highlight-reel spin kicks and is the only full-contact martial art set to featur at the Paralympic Games.

While there are two forms of taekwondo – kyorugi (sparring) and poomsae (forms) – only kyorugi will be featured at Tokyo 2020 next year.

Taekwondo was developed in postwar Korea and designed to focus on traditional indigenous fighting systems. The first World Championships were held in Seoul, South Korea, in 1973 and have been held every two years ever since.

Taekwondo made its Olympic debut as a demonstration sport at the 1988 Olympic Games in Seoul. Para taekwondo was developed in 2005, with an initial focus on kyorugi. Para poomsae followed in 2014.

The first Para taekwondo Worlds were held in Baku, Azerbaijan in 2009. The eighth World Championships took place in 2019 in Antalya, Turkey.

The biggest landmark came in January 2015, when the sport received Paralympic status by joining the programme at Tokyo 2020. Virtually every major event since the announcement has attracted a record number of athletes and nations.

Para taekwondo is an adaptation of its Olympic counterpart with one notable exception – kicks to the head are forbidden for safety.

The sport is defined by its eye-catching spin kicks and last-second comebacks.

Fighters are awarded points based on the difficulty of the manoeuvre – two points for a kick to the trunk; three for landing a turning or back kick; and four for landing the delightful 360-degree roundhouse kick. A valid punch is worth a single point.

Points are electronically scored, based on placement and strength. Fighters wear special trunk protectors for this purpose. Judges are used to determine when a higher-difficulty kick lands.

Points can also be awarded for penalties, including kicking below the belt, falling, withdrawing from an opponent, or refusing to engage an opponent.

Kyorugi features four classifications – generally based on the length of the upper limb impairment and whether both upper limbs have impairments.

When the sport makes its Paralympic debut at the 2020 Paralympic Games in Tokyo, Japan, 72 kyorugi fighters from the K44 and K43 classifications will compete in unified 12-person brackets according to weight and gender.

Denmark’s Lisa Gjessing, Iran’s Mahdi Pourrahnama, the USA’s Evan Medell, Great Britain’s Amy Truesdale, and Mongolia’s Bolor-Erdene Ganbat are some of the sport’s most successful fighters and have all qualified for the 2020 Paralympic Games.