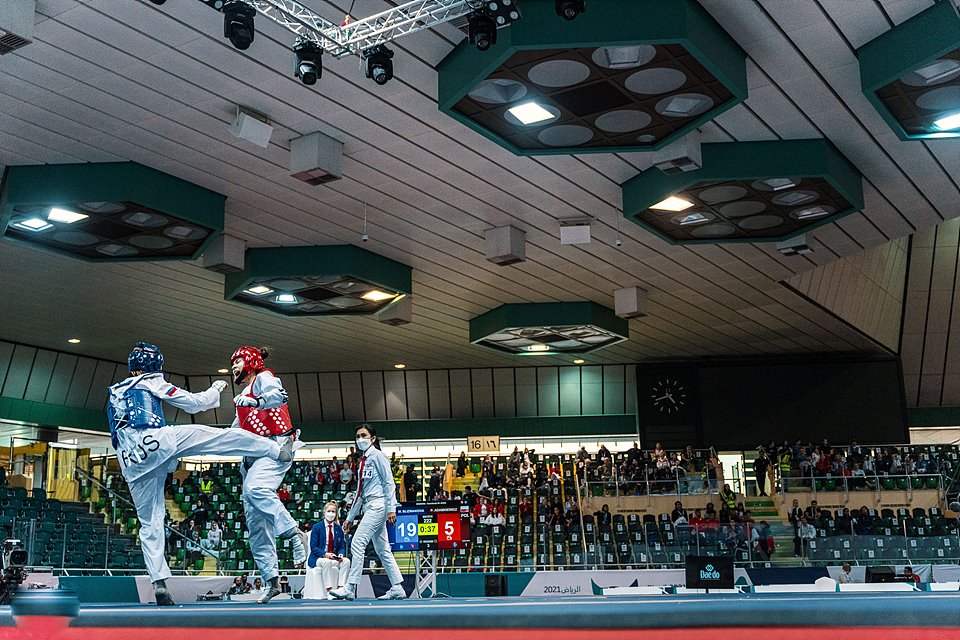 RIYADH, Saudi Arabia - (November 26, 2021) – The second day of action at the first ever World Taekwondo Women’s Open Championships in Riyadh, Saudi Arabia brought more incredible taekwondo action with athletes from Russia, Iran and France making it through to the finals.

In the women’s -49kg, Anna Kazarnovskaia and Galina Medvedeva both advanced through their semi-final contests to set up an all-Russian final. Kazarnovskaia bested Great Britain’s Maddison Moore 20-13 while Medvedeva overcame Mexico’s Daniela Paola Souza with a final score of 21-18.

The women’s -73kg saw both Russia’s Polina Khan and France’s Althea Laurin advance to the final. Laurin beat fellow French athlete Marie-Paule Blé 3-0 to earn her spot in the final. Khan, meanwhile, overcame a close contest against Iran’s Melika Mirhosseini with a 2-0 Golden Point Round victory.

The Women’s Open Championships will continue tomorrow on 27 November for the final day of action with the last of the preliminaries and semi-finals set to take place in the -53kg and -67kg categories before finals in all eight weight categories.