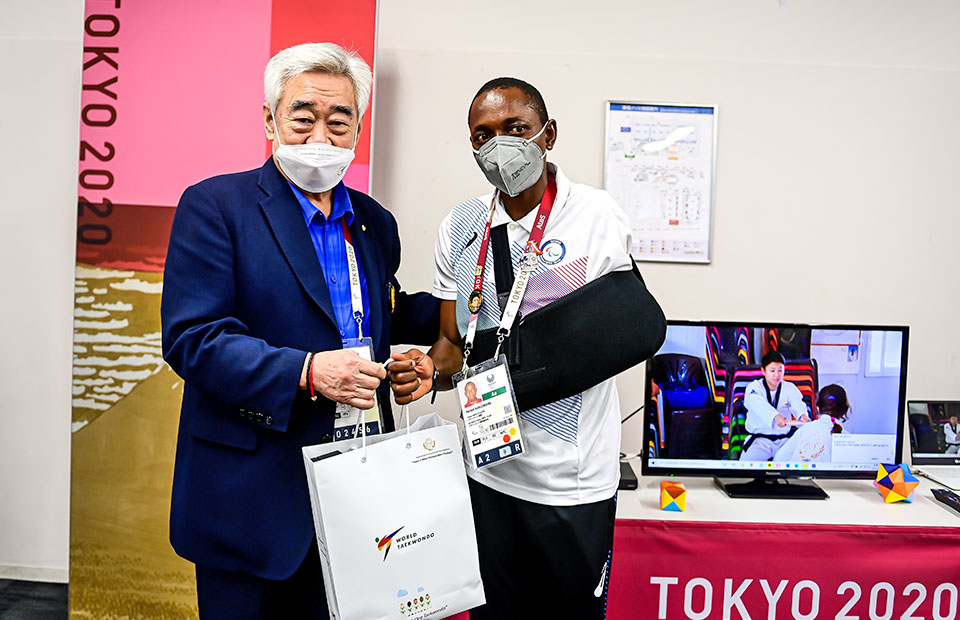 President Choue praised Hakizimana for all he has achieved and presented him with his black belt in Chiba on the last day of competition at Tokyo 2020.

Hakizimana had lost his first match at Tokyo 2020 in the M-61kg on September 2 but reflected positively on his experience.
“To come here a lot of people helped me,” he said. “I would like to thank the children that I teach at my refugee back in Rwanda – they helped me. And I want to thank the refugees around the world – I hope that people love each other through sport.”

Hakizimana lived in a camp for internally displaced people from 1996 because of the Burundian Civil War. He lost his mother and suffered an injury to his arm when he eight years old. Fearing for his life, he later left the country permanently when unrest in Burundi flared up again in 2015.

He has since been living at the Mahama Refugee Camp – where day-to-day life can be quite difficult – in Rwanda ever since. The Taekwondo Humanitarian Foundation has supported Hakizimana and he is now a THF coach. At the camp he organised a taekwondo school and has trained over 1,000 refugee children. 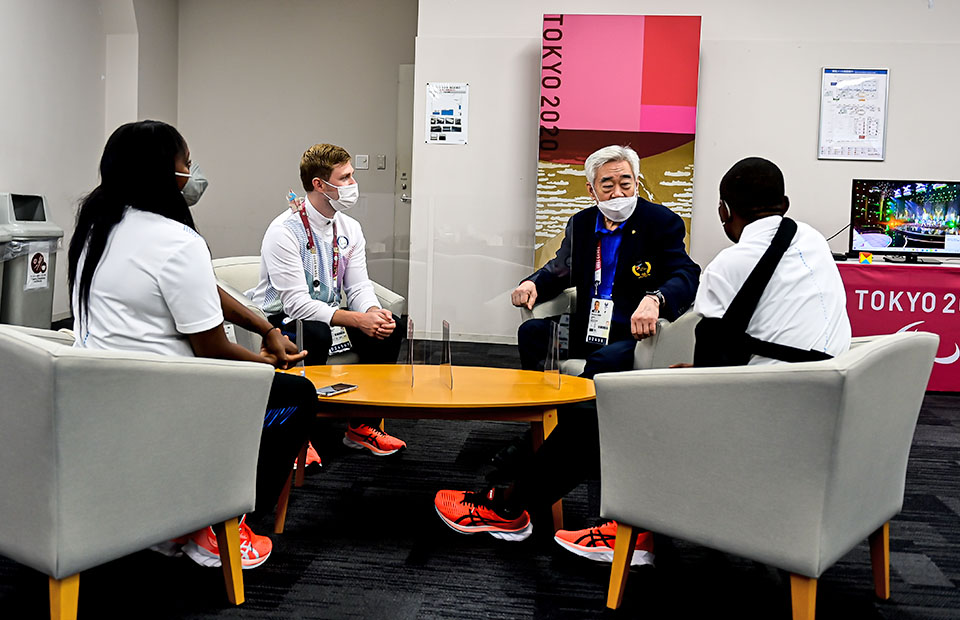 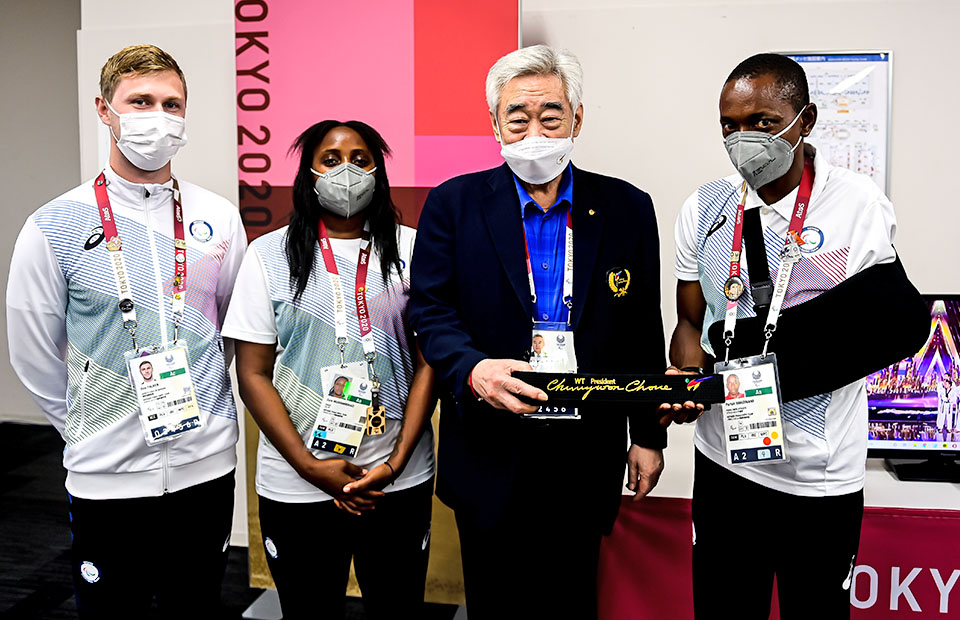