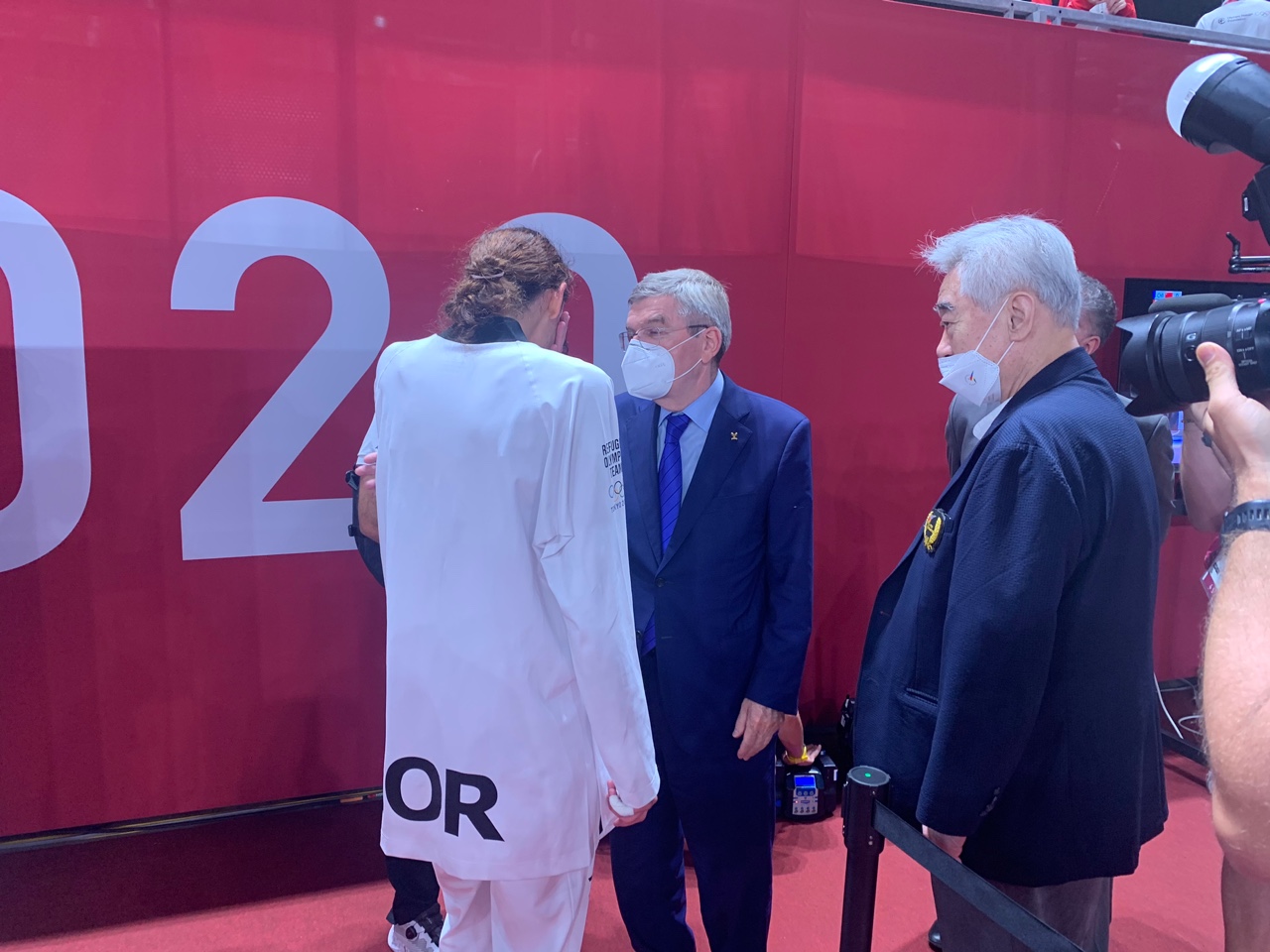 IOC President Thomas Bach joined World Taekwondo President Chungwon Choue for two-days in a row at the Makuhari Messe Hall A in Chiba to enjoy what has so far been a thrilling Olympic taekwondo competition.

President Bach returned for his second stint of taekwondo yesterday on the day of upsets and surprise defeats. Among all the excellent talent on show, President Bach was no doubt keen to cheer for Refugee Taekwondo Athlete Kimia AlizadehZenoorin, the first EOR athlete to compete in the medal rounds at Tokyo 2020. While Kimia fell just short of winning a historic medal her performances, including knocking out two-time Olympic champion Jade Jones in the round of 16, inspired many. 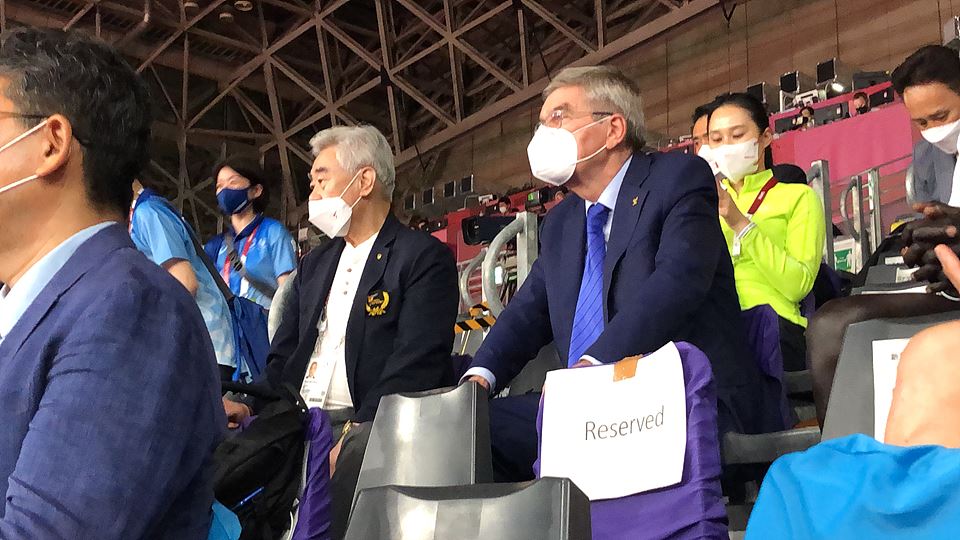 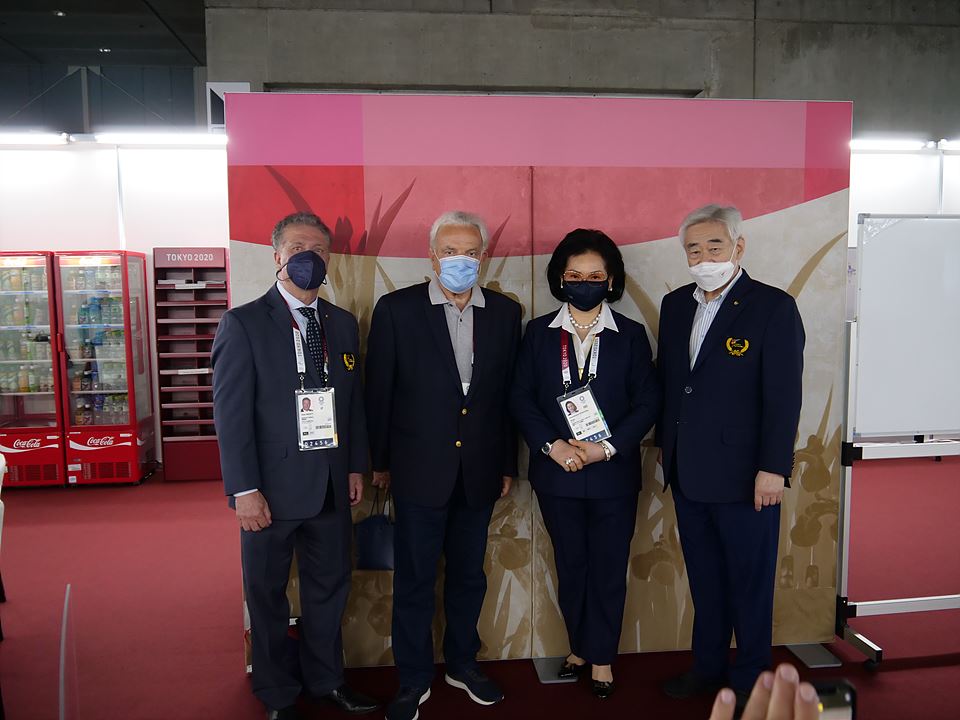