“I am still in shock!” said Ava Lee, in the wake of winning a very close gold in the W-59kg category at the Tashkent 2019 World Taekwondo Cadet Championships. “It’s just crazy I get the opportunity to fight against the best of the best in the world - it feels amazing!”

It is the biggest win of her taekwondo career so far – a career that started when she took up the sport at the tender age of two and a half.

“My grandpa came to America teaching taekwondo so that’s why I started,” she said. Taekwondo remains a family affair: Lee cites her father as her biggest inspiration in the sport.

It was no easy route to the tile of cadet world champion: Lee won the honor after a close battle against Iran’s Setayesh Ghahremani Mahid.

Needless to say, the Lee family was delighted. “They are extremely proud of me,” she said.

Lee has a wider taekwondo circle beyond her immediate family: In the adult game, she likes McPherson of Team USA and Skylar Park of Canada.

Reaching the elite stage of those two idols is a way off, but Lee has the necessary appetite for hard work - as witness her preparation for Tashkent, which must surely have been heavy going for a schoolgirl.

“My training for this tournament was about an hour and a half in the morning doing weight training and conditioning,” she recalled. “At night it was 2 hours on strategies and some conditioning…. I spent about 12.5 hours a week training.”

Despite the athletic endurance the sport demands, Lee enjoys it all – and not just the fighting. “My favorite thing about taekwondo is probably getting to travel and meet people from around the world,” she said.

She remains medal-hungry: “My next tournament will be the Presidents Cup in November,” she said. “Then I’d like to go to the Junior World Championships in 2021.” 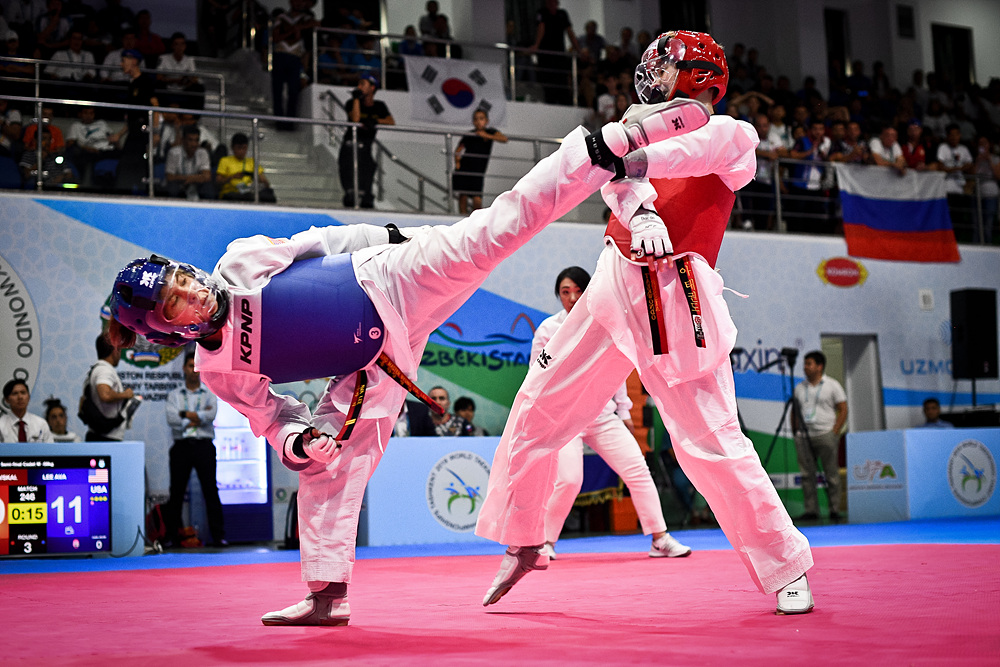