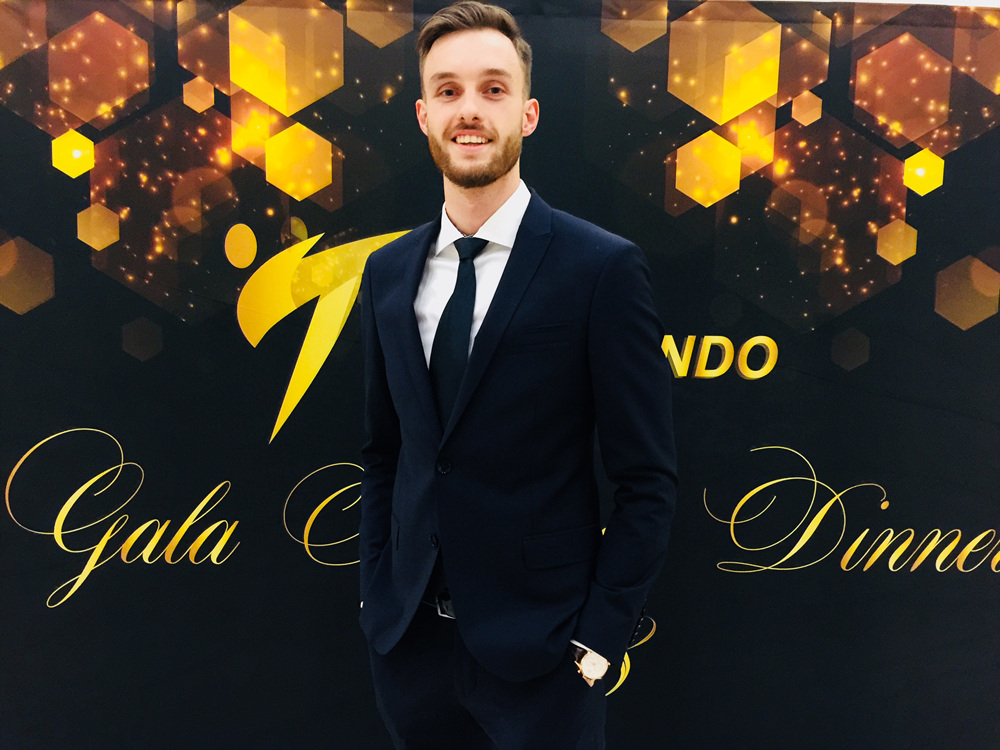 FUJAIRAH, UAE (Nov. 23) - The biggest shock of the 2018 Grand-Prix Final came in the gold medal match of the highly competitive Men’s -80kg category. There, odds-on favorite Maksim “Red Machine” Khramtcov of Russia took to the mats against Richard Andre Ordemann of Norway.

On paper, the Russian should have walked away with the victory.

After exhaustive work from both athletes Round 1 ended 4-4. In the second, both players steeled into their games and went to work with two very different style of play. Khramtcov played his flexible, creative, multi-kick leg game against the more conservative Norwegian – but it was the latter who was more accurate. Round 2 ended 10-9 to Ordemann.

In the third, the intensity would accelerate. A superb round kick to the face from Ordemann drew gasps from the crowd and looked like it stunned the Russian. “Most of my head shots have a bit of power behind them,” the Norwegian said after the fight. “It puts them in a mental state that I quite like.” 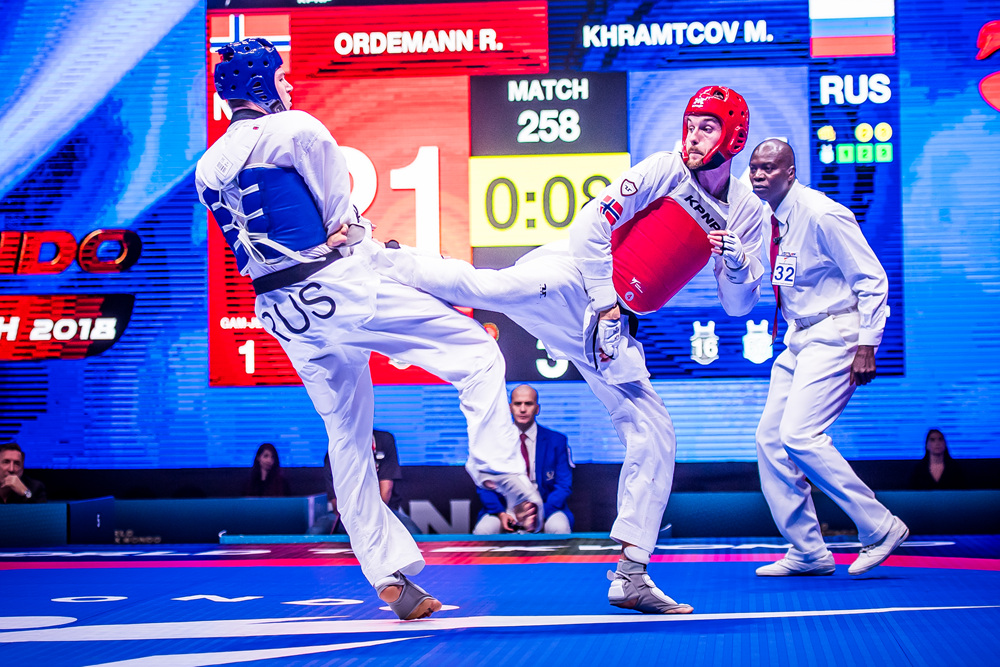 Khramtcov shook it off, and returned fire with spinning kicks and his trademark ax kick, but the Norwegian remained calm in the midst of the onslaught and continued racking up points against the charging Russian. The bout ended with a 27-14 surprise win by Ordemann against Khramtcov - one of the most dominant players in the game.

“I felt in control in the closely contested first rounds, and in the third, the points sort of ran away,” he said in fight post-mortem. “It went according to plan - but my plans were quite simplistic; I don’t go into detail. That limits myself.” 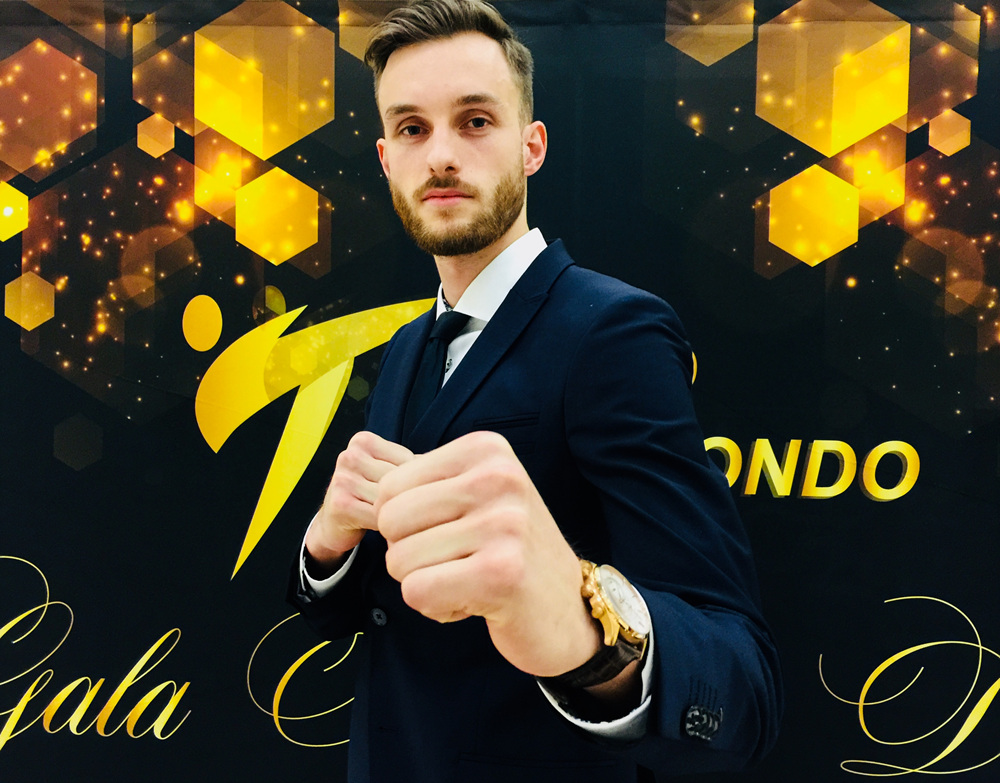 “I have been sneaking under the radar a bit,” he admitted. “I have not had massive medals and I have not been really big on posting online, trying to get a big following.”

Like all the players at the GP Final, Ordemann’s eyes are fixed on 2020: an Olympic year. That means 2019 is going to be a critical - and intense - fighting season.

“Tokyo is very much on the horizon, and this medal puts me in a good spot for qualifying. That is the goal - to qualify through the rankings” he said. “My Olympic ranking is 12th, but I need to be in the top six.” 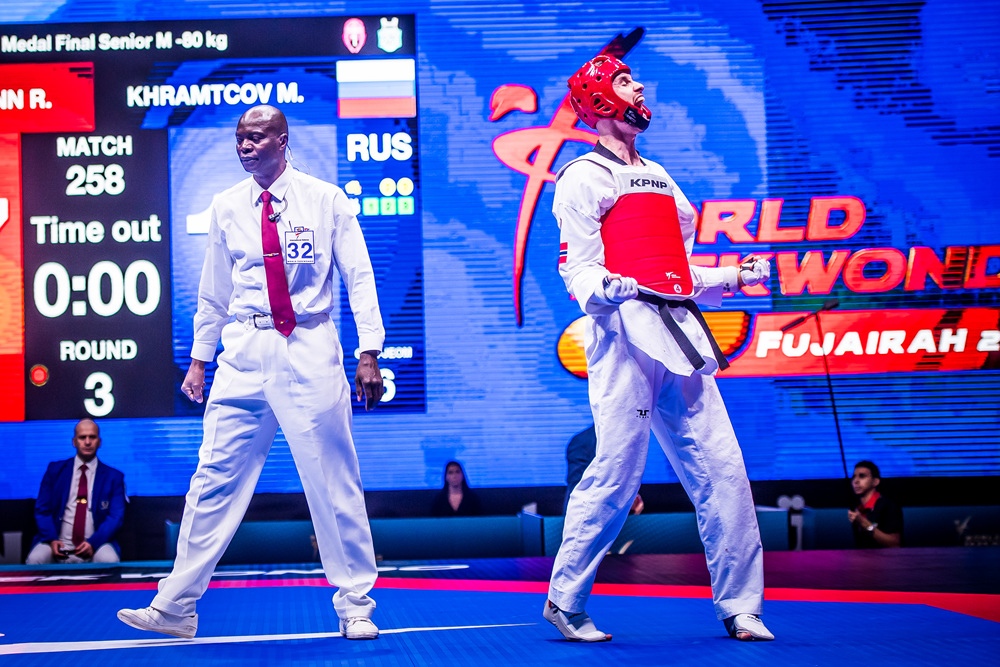 Physical conditioning is obviously going to be to the fore. “Injuries you can’t really do much about: if it happens it happens,” he said. “So I do a lot of ‘prehab - exercises to prevent injuries.”

Asked to name his favorite fighters, he said: “I like aggressive players - so Maksim, Milad and Dae-hoon LEE.” Regarding Lee - the Korean kicking machine who racked up an astonishing 65 points in his final match in Fujairah - Ordemann said: “It was just non-stop, and he looks very relaxed.

Taekwondo, then, is clearly front and center for the brand-new Grand-Prix champion. And now that he has branded his name firmly on the taekwondo map with his victory in Fujairah, Ordemann is not going away.

“This is the start of something good: I think you will be seeing a lot more of me on the podiums in the future,” he said. “I am here to stay!